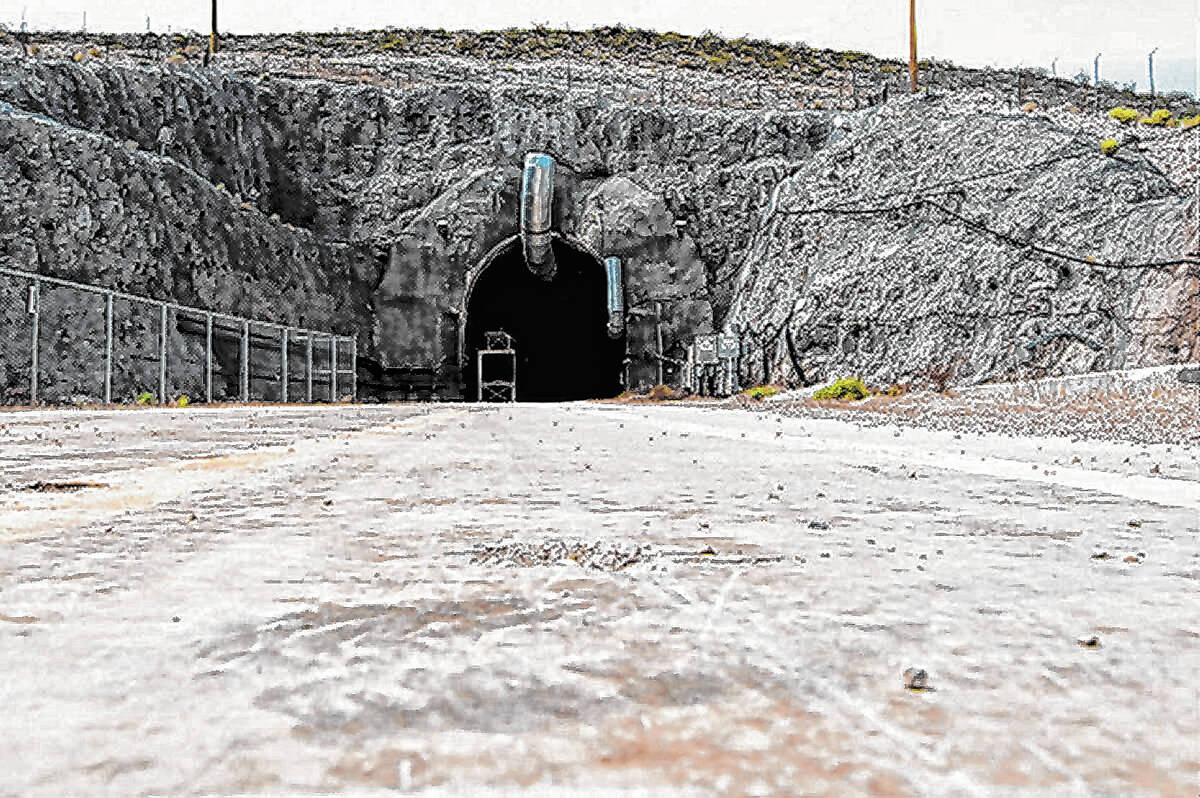 The hypocrisy of Gov. Sisolak and the Democratic delegation is breathtaking. Just weeks before the mid-term elections they trot out the old “Yucca Mountain Dragon” and they, in their shiny armor, will kill it to “keep us safe”.

(For you following at home, that is a majority of counties).

While the state of Nevada has a Nuclear Projects Board, its sole purpose is to kill Yucca Mountain. They would not allow anyone with an open mind on that board and once, after appointing Joni Eastley to the board, asked her to step down because she, as the majority of all past Nye County Commissions, understood that the federal government has a legal and moral obligation to take the spent fuel from the nuclear power plants across our nation.

For years the state of Nevada has fought having the hearings while they declared they had science to prove it but would never allow that science to be heard by the Nuclear Regulatory Commission (NRC). Nye County, along with 17 other counties, welcomed the adjudication process because after spending $15 billion we thought it was silly to walk away without following the law.

The Nuclear Waste Policy Act allowed the host state to discern but that was overridden by the Congress in 2002 as the law allowed.

There were far too many misleading statements for me to answer them all here, but one glaring one was from Steven Horsford, who stated in another article that his district does not want a nuclear dump. Congressman Horsford seems to forget that Area 5 has and is taking real nuclear waste from all across the county, and we get pennies for it. The half-life of much of it is longer than the spent fuel that would be placed in the mountain.

The spent fuel that would be put in the repository would be retrievable and when we finally have a cost-effective way to recycle it; we could reuse it as only 6 percent of the fuel is depleted. Seems like a good idea since the Obama administration gave our uranium mines to Russia.

Whether or not it can be shipped and stored safely is something, by law, that the NRC will decide. As we have shipped nuclear material across this country for nearly 70 years without any spills it seems to show we could ship it safely, but by all means let us finally follow the law and have the NRC do their job.

Attorney General Ford says that he will use “every legal tool” but over the past 30-odd years Nevada has contracted with out-of-state law firms with retainers of $5 million to stop having any hearings.

The repository at Yucca Mountain would be a bigger public works project than Hoover Dam. The union jobs it would create would add to our economy. (And here I thought that Democrats loved union jobs.)

Yucca Mountain was declared as the repository site back in 2002, but every time the NRC asked for funds Harry Reid was the first in line to block that funding. During the Obama administration he saw to it that no funds were allocated to do the very thing the state is now asking for. As for his hypocrisy, when the Republicans were talking about defunding the “Affordable Care Act” Harry said, “It’s the law, get over it”, while blocking any funds for the Nuclear Waste Policy Act.

All this hype and bluster by this current Democrat congressional delegation will come to nothing, but it did get a few headlines for them. Too bad they didn’t join with the nine counties back in 2014 when we were all begging the state to support having the hearings so they could finally have their science adjudicated by the NRC as the law calls for. Instead, they let it linger and now, when they are in for a tough election, they drag it back out and claim they will kill it once and for all.

The last thing to bring up is that now they are trying to use climate change as a reason to not move forward, knowing full well that nuclear power emits no carbon and is the cheapest form of electricity production. They have also claimed we should not house the spent fuel because, as Dina Titus continues to say, “We don’t use any nuclear power in this state”. She should really check her facts before she speaks as we use about 20 percent nuclear power.

The millions of dollars of our tax money that they have thrown away to fight having these same hearings that they now claim to want, could have been used for much better purposes. But I forget that they are the party of spend and tax.

Yes, Republican governors and congressmen have fought having the hearings too, but once again it was all political theater as many of them agreed, when speaking off the record, that the NRC should hold hearings. Hypocrisy is not endemic to just the Democrats.

I could say so much more about the science and the hours and hours I spent speaking with the scientist that actually worked on the site, but if you really want the whole unvarnished by politics facts get a copy of, “A Waste of a Mountain” by Dr. Michael Voegele. I believe they may still have some at the local museum. All proceeds from the sale go to the museum.