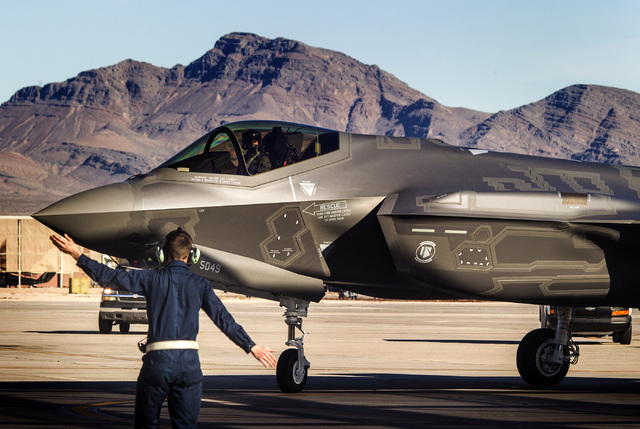 “Today with the signing of this defense bill,” President Donald Trump said as he affixed his signature to the 2018 National Defense Authorization Act on Dec. 12, “we accelerate the process of fully restoring America’s military might.”

Is Trump truly under the mistaken impression that U.S. military might is ailing? Or is he mindlessly aping Ronald Reagan and hoping it brings in the re-election votes? Or perhaps something else entirely?

While it’s true that the United States is involved in several ongoing wars ($65.7 billion of the National Defense Authorization Act’s appropriations go to the “Overseas Contingency Fund” for continuing those wars), none of them serve any vital, let alone existential, U.S. interest, and none of them are defensive in nature.

The U.S. has no militarily significant adversaries in the western hemisphere. Further afield, it already floats by far the most powerful naval and expeditionary capability on Earth.

Of the world’s 41 aircraft carriers, the U.S. operates 20, including 11 flat-top “supercarriers.”

The remaining 21 are scattered among the navies of 12 other countries, mostly U.S. allies. America’s two most likely military adversaries, China and Russia, each operate one light STOBAR (“Short Take-Off But Arrested Recovery”) carrier.

Speaking of China and Russia: China’s military budget is less than 1/3 the size of this latest U.S. monstrosity. Russia’s is even smaller and set to shrink in 2018.

So if the National Defense Authorization Act isn’t about defense, what’s it about? Mostly corporate welfare.

The bill includes money to buy more 30 more planes than the military asked for (24 reliable old F/A-18s instead of 14, and 90 of the newer lemon, the F-35, instead of 70). The Navy asked for one new Littoral Combat Ship. The NDAA budgets for three. Translation: Billions for aerospace and ship-building companies.

The National Defense Authorization Act also adds more than 16,000 troops to the already bloated U.S. armed forces. Not because more troops are needed for “defense,” but because each new soldier, sailor, airman and Marine must be fed, clothed, housed, and armed — which, in the age of fake privatization, means yet more money for “defense” contractors.

Prior to World War II, when a war ended U.S. military spending descended toward pre-war levels. Then what Dwight D. Eisenhower referred to as the Military Industrial Complex took over the federal government.

Now that government’s primary activity is moving as much money as possible from your pockets to the bank accounts of “defense contractors” on a continuing basis.

This year, the tab comes to about $2,160 for every man, woman and child in the United States. Do you feel like you’re getting your money’s worth?