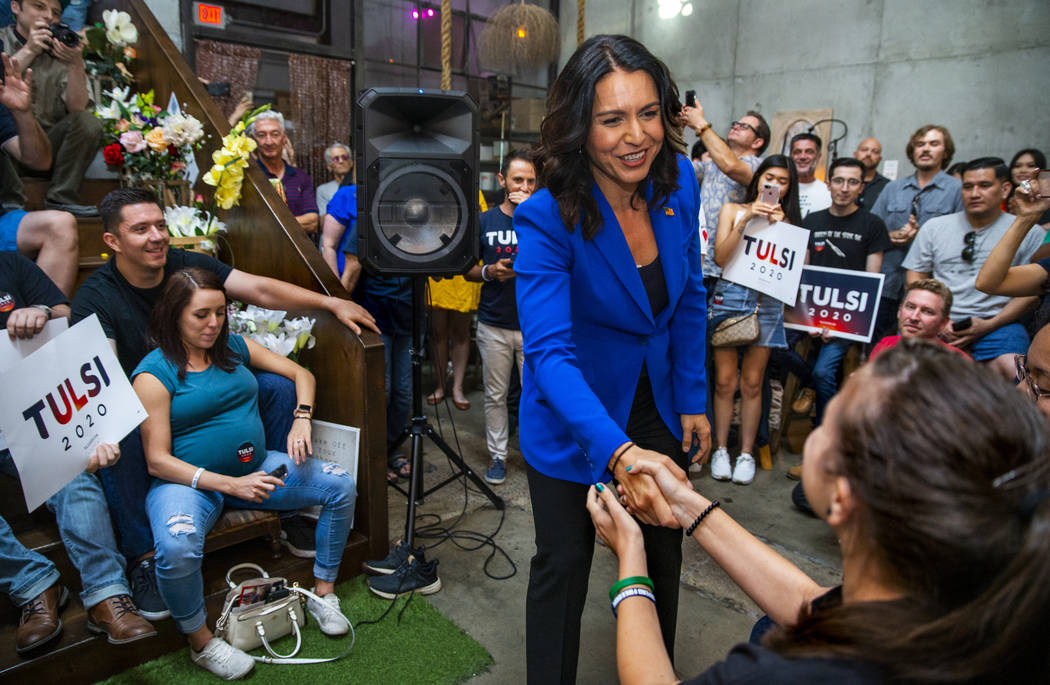 President Donald Trump faces an exceedingly narrow path to re-election in 2020. In order to beat him, the Democratic nominee only needs to pick up 38 electoral votes.

With more than 100 electoral votes in play in states that Trump won narrowly in 2016 — especially Wisconsin, Michigan, Pennsylvania, and Florida — all the Democrats have to do is pick a nominee ever so slightly more popular than Hillary Clinton.

That’s a low bar that the Democratic National Committee seems determined, once again, to not get over. As in 2016, the DNC is putting its finger on the scale in favor of “establishment” candidates, the sentiments of the rank and file be damned.

Michael Tracey delivers the gory details in a column at RealClearPolitics. Here’s the short version:

By selectively disqualifying polls in which Gabbard (a U.S. representative from Hawaii) performs above the 2% threshold for inclusion in the next round of primary debates, the DNC is trying to exclude her while including candidates with much lower polling and fundraising numbers.

Why doesn’t the DNC want Gabbard in the debates? Two reasons come to mind.

Firstly, her marquee issue is foreign policy. She thinks the U.S. should be less militarily adventurous abroad, and as an Army veteran of the post-9/11 round of American military interventions in the Middle East and Central Asia, she’s got the credentials to make her points stick.

Foreign policy is a weak spot for the increasingly hawkish Democratic establishment in general and the front-runner and current establishment pick, former Vice President Joe Biden, in particular. As a senator, Biden voted to approve the ill-fated U.S. invasion of Iraq.

As vice president, he supported President Barack Obama’s extension of the war in Afghanistan and Obama’s ham-handed interventions in Libya, Syria, and other countries where the U.S. had no business meddling. The party’s leaders would rather not talk about foreign policy at all and if they have to talk about it they don’t want candidates coloring outside simplistic “Russia and China bad” lines.

Gabbard knows how to land a punch, and the DNC doesn’t want any more surprises. They’re looking for a coronation, not a contest.

If the DNC has its way, next year’s primaries will simply ratify the establishment pick, probably a Joe Biden / Elizabeth Warren ticket, without a bunch of fuss and argument.

And if that happens, the Democratic Party will face the same problem it faced in 2016: The rank and file may not be very motivated to turn off their televisions and go vote.

Whatever their failings, rank and file Democrats seem to like … well, democracy. They want to pick their party’s nominees, not have those nominees picked for them in advance. Can’t say I blame them.

Nor will I blame them for not voting — or voting Libertarian — if the DNC ignores them and limits their choices yet again.