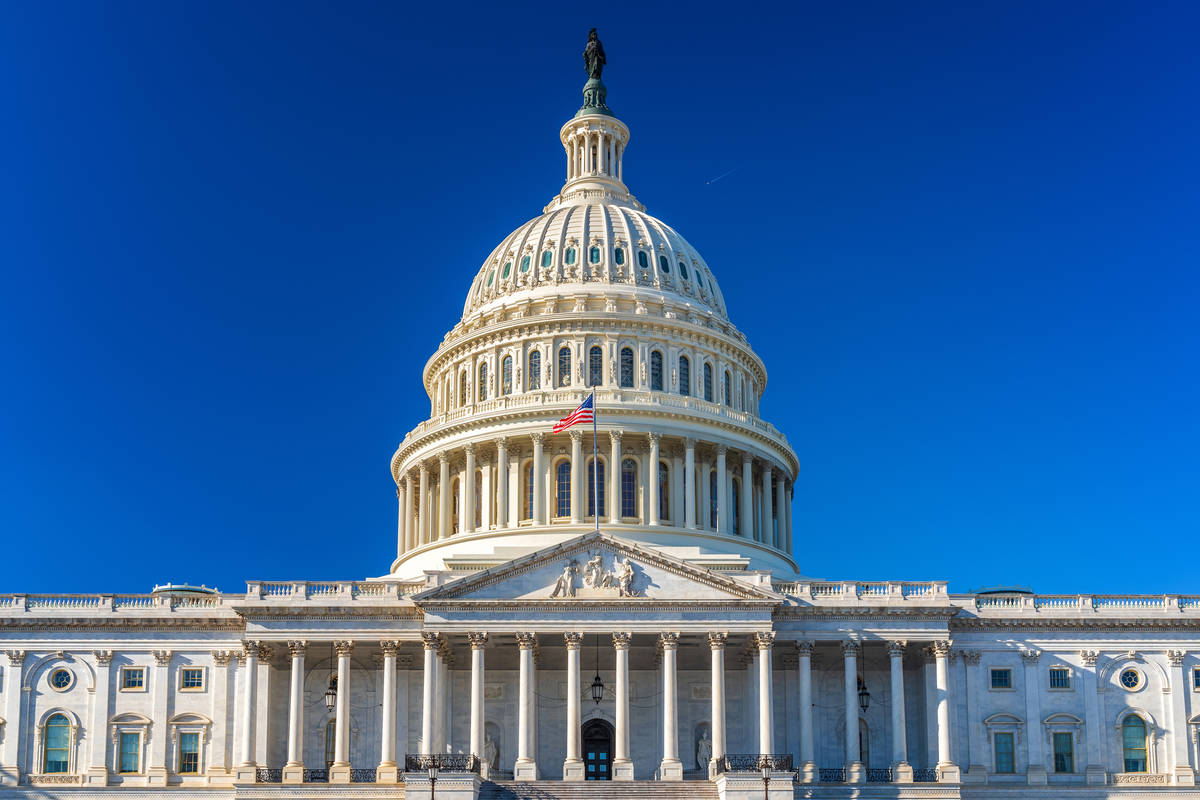 Getty Images Americans can expect to receive $1,400 stimulus checks “within a week” after Democrats pass the stimulus bill.

The package includes an additional $1,400 check for individuals that qualify, along with another round of the Paycheck Protection Program (PPP) for businesses.

Of course, it wouldn’t be Washington without including a lot of other add-ons to the legislation.

Some of the added items include a proposal to increase the minimum wage to $15, a bailout for the airline industry, unemployment assistance, student loan forgiveness, nutrition assistance, housing aid, tax credits for families and workers, education and child care, health insurance subsidies and Medicaid, and more funding for vaccines and testing.

The House proposal would provide $350 billion to state and local governments, as well as tribes and territories.

Congress wasted valuable time the first few weeks of the new session. The time could have been devoted to saving businesses, feeding and housing families, and getting the economy back on its feet.

The 117th United States Congress convened in Washington, D.C., on Jan. 3, 2021, during the final weeks of Donald Trump’s presidency, and will end on Jan. 3, 2023. Not everything that took place was party politics.

Still, if we look at the first five weeks of Congress’s “accomplishments”, we can see what they did not accomplish to help Americans struggling in an ongoing pandemic crisis. On Jan. 6, 2021, after a delay caused by the riot at the Capitol, the election certification took place.

The election was made official around 3 a.m. on January 7. On January 13, the House impeached President Trump for inciting the January 6 storming of the Capitol.

On January 20, Joe Biden took office as president of the United States. On January 20, with Vice President Kamala Harris’s inauguration, alongside the seating of three new Democratic senators, Democrats take control of the Senate majority with a 50–50 split and Harris as the tiebreaker in her role as Senate president. On January 25, House Democrats formally send an article of impeachment to the Senate.

On February 4, the House voted 230–199 on H.Res. 72, removing Representative Marjorie Taylor Greene of Georgia’s 14th congressional district from the House committees on Education and Labor and the Budget.

From Feb. 9, 2021, to February 13, the second impeachment trial of Donald Trump took place. The outcome was a foregone conclusion.

On Feb. 12, 2021, the House Ways and Means Committee approved its $940 billion part of President Biden’s stimulus proposal on a 25-18 party-line vote. The Democrats hope to get all of the third stimulus package legislation approved and in place by the middle of March. It took nearly nine months to get former President Trump’s second stimulus package to be approved by Nancy Pelosi and the House Democrats. That second package was not approved until after the election.

There are issues with the current stimulus package that need resolving. The first two stimulus checks were based on wage limits determined from the 2019 IRS tax filings.

That doesn’t make much sense if you were a high-wage earner in 2019 but laid off or furloughed in 2020. Your income went from six figures to what you received from unemployment. Why shouldn’t a high-wage earner in 2019 whose income was drastically cut in 2020 because of the pandemic and the consequent shutting down of the economy be able to qualify for a third-round check?

This is part of the debate now taking place in Congress. If you were a high-wage earner in 2019 but out of work in 2020, you should file your 2020 taxes as soon as possible if common sense prevails, and 2020 earnings are used for this subsequent round of stimulus checks.

There are also issues for small businesses regarding what documents they need to submit for PPP funding.

The current requirements state that a business must be in operation by March 2020. The conditions then go on to state that you must submit your 2019 Federal tax returns. That is a little tough to do if you opened in 2020.

If you were an open business in 2020, you were very likely either shut down by government mandate or severely limited by occupancy restrictions. Regardless of when you opened, government mandates related to COVID-19 made it very difficult to stay in business.

The PPP program needs to consider what type of business you may own and how the shutdown damaged that business’ earnings.

We will have to wait and see if Congress can get it right. Any bets?