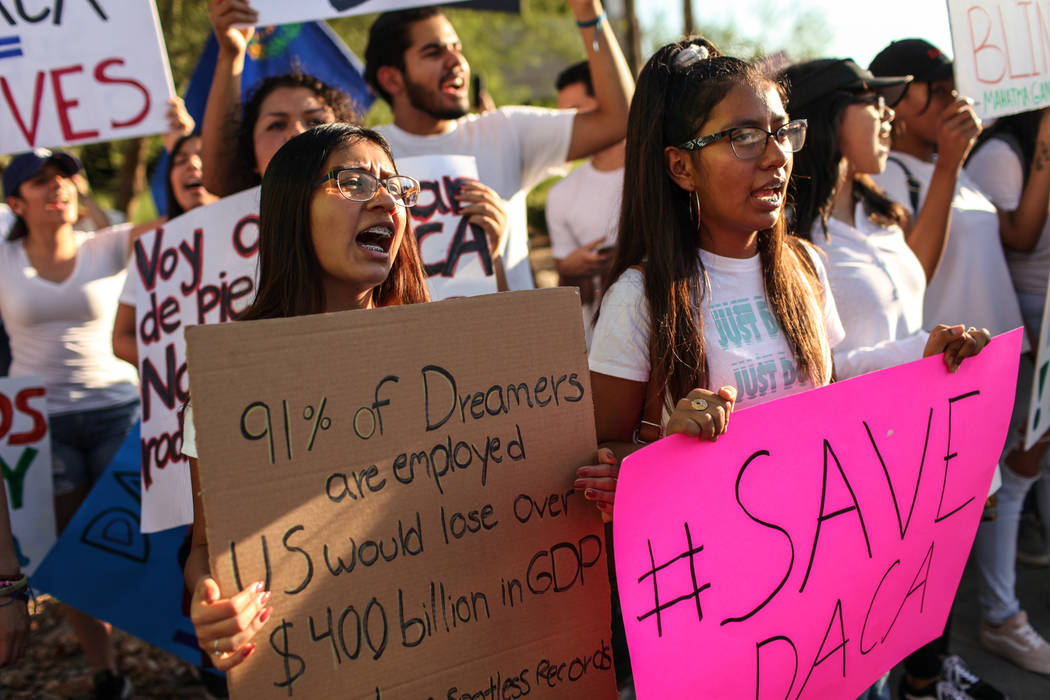 I continue to be dumbfounded by the ineptness of our representatives and senators in Washington.

My mother recently called me to say she was upset at the news reports of “dreamers” being deported and how Nancy Pelosi had to take to the House floor for eight hours to protest the president’s position on DACA, which stands for Deferred Action for Childhood Arrivals.

I responded to her by saying “that was eight hours she wasted when she could have been working with her fellow representatives resolving the DACA and dreamers issue.”

I then went on to explain to her what DACA was and that no one is currently being deported because of it.

The DACA program was formed through executive order by President Barack Obama in 2012 and allowed certain people who came to the U.S. illegally as minors to be protected from immediate deportation. Recipients, called dreamers, were able to request “consideration of deferred action” for a period of two years, which was subject to renewal.

“Deferred action is a use of prosecutorial discretion to defer removal action against an individual for a certain period,” U.S. Citizenship and Immigration Services stated. “Deferred action does not provide lawful status.”

Individuals also had to have either a high school diploma, GED certification, been honorably discharged from the military or still be in school. Recipients could not have a criminal record.

I further explained to my mother that she was buying into what the mainstream media was trying to propagate to undermine any efforts to create a program other than straight gifting of citizenship to “dreamers.”

Dreamers have had years to apply for legal citizenship and were given immunity from deportation by President Obama. President Donald Trump set a timeline to withdraw the executive order and turned the issue over to Congress to create a permanent solution through legislation.

The answer to this issue is so simple you really must wonder what the real reason is that Washington can’t seem to move forward with a resolution. In a word, politics. The Democrats do not want to lose the “dreamer” and Hispanic votes to the Republicans by offering anything less than a free pass to citizenship.

The Republicans seem to be gridlocked within their own party. They are more concerned about “winning” against the Democrats and less concerned about reaching a resolution. They are also tying up legislation because they want to include provisions for border security and tightened immigration. Maybe they should try taking care of the dreamers issue first and then move on to the other issues.

The answer is that dreamers should be given a fixed time of immunity to complete their application for citizenship. That they must follow essentially the same steps that anyone else must follow to become a citizen.

Those steps are: be at least 18 years old (anyone under 18 would be exempt until they turn 18), be a resident for at least five years (again exemptions could be made), be a person of good moral character (background checks anyone?), demonstrate an attachment to the principles and ideals of the U.S. Constitution, be able to read, write, and speak basic English, have a basic understanding of U.S. history and government (civics), and take an oath of allegiance to the United States.

If you are a dreamer and you choose not to apply for citizenship, you will be deported for your noncompliance. Problem solved.