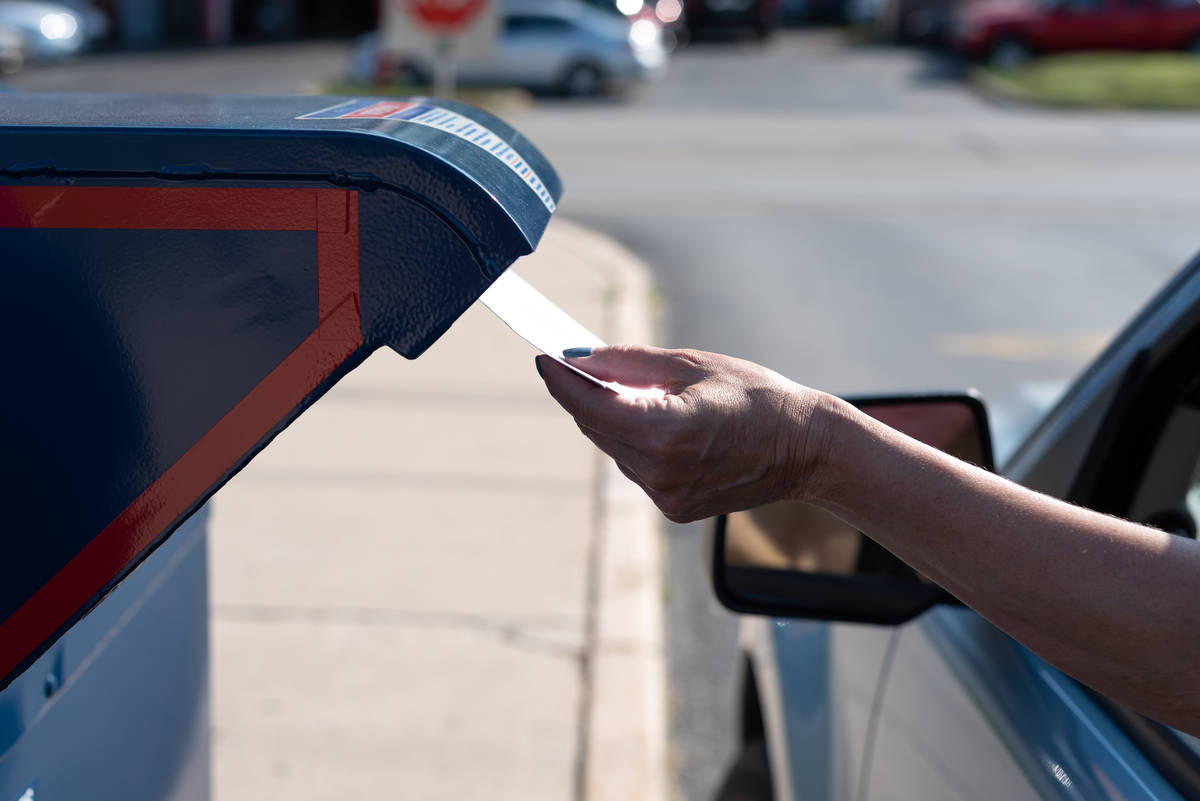 Last summer, the Legislature rammed through a bill allowing universal mail ballots during the pandemic as a public health precaution to avoid crowds at polling places. Now, Assembly Speaker Jason Frierson has said that he wants to make that change permanent.

A bill hasn’t been introduced as of Tuesday, but the concept is worrying enough. Just look at what happened last November.

First, it’s important to understand that absentee and mail ballots are different, although the terms are sometimes used interchangeable.

An absentee ballot is requested by a voter. Mail ballots are sent — unrequested — to voters.

Absentee ballots have some security concerns, but they are much more secure than mail ballots. Most importantly, a voter must ask for one.

That cuts down on the number of ballots sent to addresses where people have moved or died.

Last year, ballots piled up in apartment trash cans. Readers sent me pictures of ballots they received for people who no longer lived there. Others received two ballots for one person who had a name change.

Readers who emailed said they wouldn’t submit duplicate ballots, but they were worried that others weren’t so scrupulous.

Also, if you request a ballot and don’t receive it, you’re more likely to ask questions about why it never arrived. If you weren’t expecting to receive a ballot in the mail, you’re unlikely to be aware that it disappeared. That makes it riskier to steal an absentee ballot than a mail ballot.

These aren’t just speculative concerns. Last year, I told you about two Las Vegans, Garrett Smith and Jill Stokke, who each said someone else successfully returned their mail ballots.

Signature verification is supposed to prevent such problems. Last election, however, I showed that system to be ineffective. I ran an experiment in which nine people copied my version of their signature onto their ballots. Election officials accepted eight of those ballots.

Election officials have said that there is no evidence of widespread fraud. No wonder. It’s hard to find what you aren’t looking for.

After the election, Clark County Registrar Joe Gloria admitted his department doesn’t have any employees who investigate fraud.

They refer complaints to the secretary of state’s office, which has one part-time investigator for the task.

Sure, election officials will investigate a complaint brought by someone else, but they aren’t proactively looking for people who broke the rules.

Not great when you’re sending ballots to bad addresses and relying on signature verification to stop fraud.

What happened last November isn’t proof of widespread fraud. But it’s proof that the system had vulnerabilities that could become issues in close races.

Hope and ignorance aren’t election security measures. But if the Legislature makes universal mail balloting permanent, it’s all Nevada voters will have left.