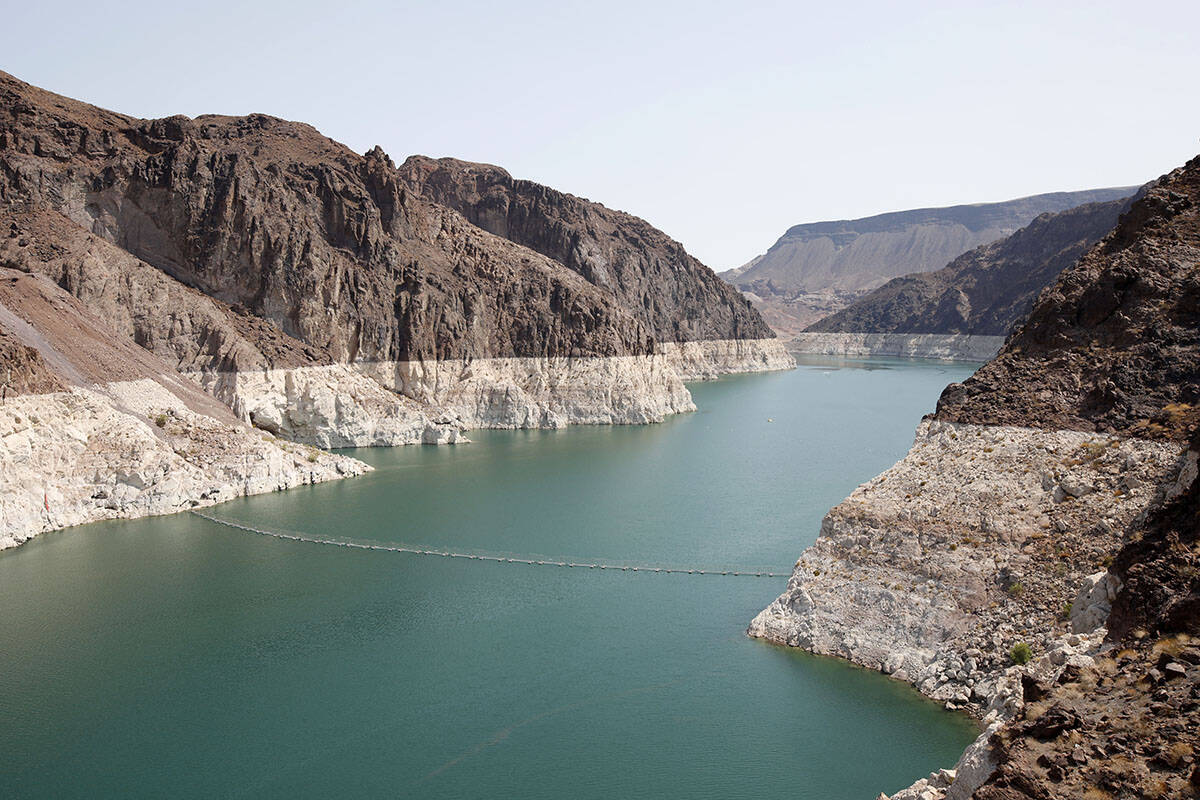 If you want to worry less about global warming, think about Las Vegas’ water situation.

That sounds counterintuitive. Two decades of drought have significantly reduced the water level at Lake Mead. The world’s biggest bathtub ring is there for all to see. Things aren’t any better up the Colorado River.

For the sake of argument, leave aside any doubts you may have about the connection between human activity and global warming. Decades of failed predictions and the demonization of those who dare to disagree tends to leave one skeptical.

Assume the most recent Intergovernmental Panel on Climate Change report accurately foretells the future. Many people do, and some of them are panicking. At the Youth4Climate summit on Tuesday, activist Greta Thunberg said, “Our leaders’ intentional lack of action is a betrayal toward all present and future generations.”

A quarter of childless adults said climate change factored into why they didn’t currently have any children, according to a 2020 Morning Consult poll.

Now if anyone has reason to worry about global warming, it’s Las Vegas residents. This is a desert. We are enduring a seemingly never-ending drought. The river that supplies 90 percent of our water is wasting away.

So why are people moving here? If global warming were the only consideration, residents would be fleeing. But weather conditions aren’t the only variable in human outcomes. Adaptation can mitigate many of the harms caused by adverse climate events, even drought.

For two decades, the Southern Nevada Water Authority has done just that. It paid homeowners to get rid of their grass. A ban prohibited lawns in the front yards of new homes.

It worked. The authority says there’s been a 47 percent reduction in per capita water usage since 2002. Despite having around 800,000 more residents than in 2002, the Las Vegas area uses less water today than it did then.

The water authority has also built infrastructure to stretch Las Vegas’ water. It built a new intake tunnel under Lake Mead. It oversees a system where 99 percent of indoor water is treated and returned to Lake Mead. That earns credits allowing us to take more water in the future. This is why new housing doesn’t strain the region’s limited water supply.

Thanks to wise planning and mitigation, for most Las Vegas residents, the most tangible impact of a two-decade-long drought is less grass. That’s a real downside, but it’s a far cry from a world-ending crisis.

The next time you feel panic over global warming, look at Lake Mead. It’s an object lesson in how humans can adapt and thrive despite changes in the climate.