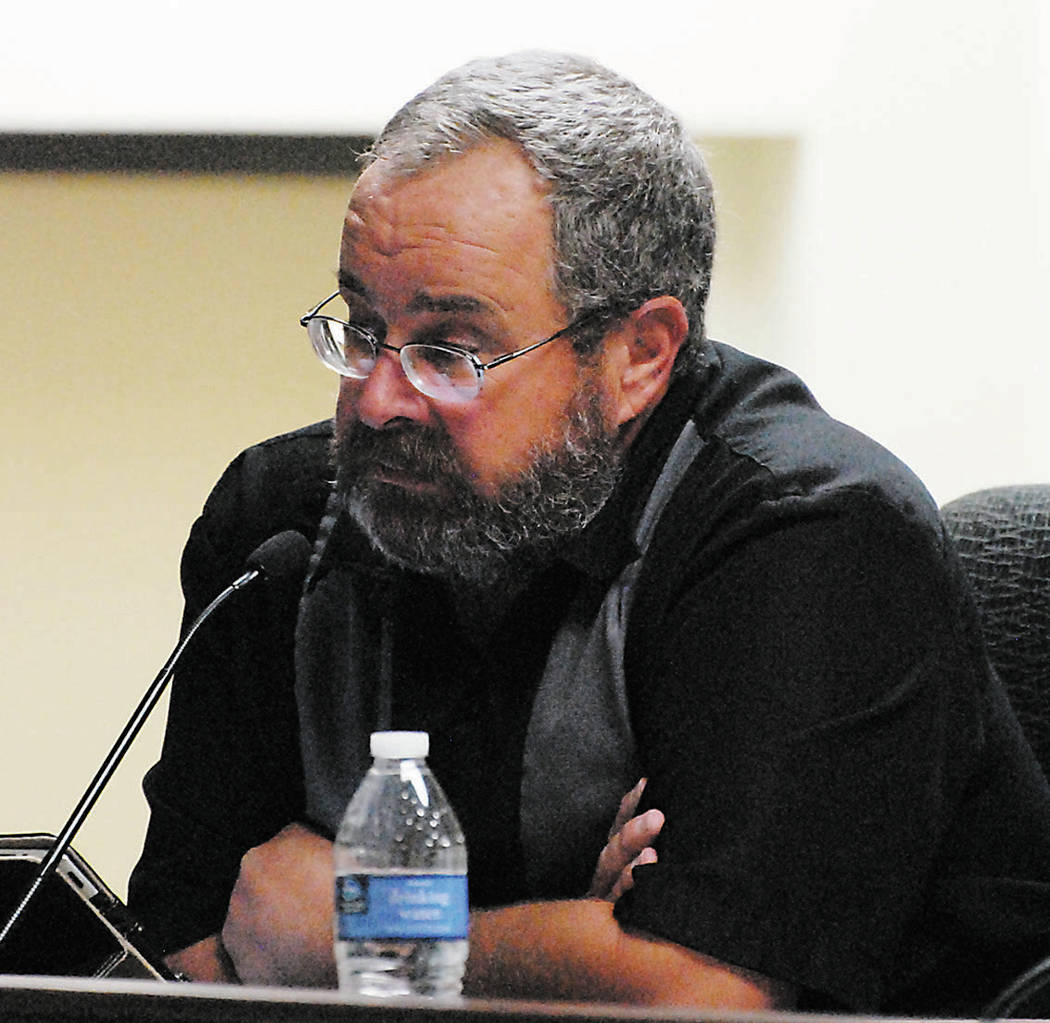 On Monday, the Nevada Agency for Nuclear Projects gave a presentation to state lawmakers that, in short, will continue to push back against the Department of Energy. All this is done by spending state taxpayer money instead of leveraging federal money that is available to finish the science for Yucca Mountain.

The costs so far for Yucca Mountain have been substantial. The cost of walking away is even higher.

While the State finance committee heard Bob Halstead repeat much of his mantra of doom and gloom Monday, there is a reason that some of the rural counties are asking for the science to be heard, including Nye, where the project is based.

The rule of law and getting the science heard by a competent body is another.

The Nuclear Waste Policy Act has been the law for 35 years and was amended once in 1987. Of course, the act is referred to as the public-relations, scare-the-citizens “Screw Nevada Bill.” Since that time those at state and federal positions have used this issue to grandstand and win elections. Instead of deferring to nuclear science, these critics would rather rely on political science.

The state has spent, since 2001, $50 million of our local tax money fighting this project and continue to say they oppose it because it is not safe. Now they are asking for another $50 million. There is a way to move past Yucca Mountain (do the science), but the state refuses to allow it to happen.

Mr. Halstead has stated on more than one occasion that he welcomes the opportunity to contest the 218 elements of the DOE license application, restating that point Monday, and yet they refuse to ask for the hearings that can prove them right. (Or are they afraid they are wrong?)

When the funding was cut and the license application illegally pulled by the President Barack Obama administration, Southern Nevada lost nearly 2,500 jobs, many in Nye County. The project support was stripped of all the offices and equipment. Now the state can say, “Look there is nothing there but a tunnel,” going as far as listing what the site doesn’t have.

The Nevada Agency for Nuclear Projects continues to have one job, block the Yucca project, thereby preventing jobs and economic development in a rural region and state in need of jobs and economic development. Ironically, Gov. Brian Sandoval met with DOE two years ago and agreed to place nuclear waste (uranium-233 and uranium-235) into shallow trenches in the Area 5 Radioactive Waste Management Site just down the road from Yucca Mountain on the Nevada National Security Site, and closer to Las Vegas. (U233/235 is as hot as anything that will go into Yucca.)

The only issues that need to be cleared up are land transfers between federal agencies (BLM) and water that is available and is used at Area 5. Of course, the rail hasn’t been built yet, and the funds to do all of this are on deposit with the federal government to the tune of about $35 billion. While the state and federal government continue to hold this up there is about $ 750 million a year that is not being collected to build and maintain this project.

A multigenerational $100 billion project is being held up because politicians would rather rely on scare tactics and political posturing over real science.

The state need not spend one more dime of Nevada taxpayer money to defend their contentions, as those funds could be had from the DOE. But rather than sit down at the table and have a discussion on Yucca Mountain, like they did with Area 5, the state wants to continue to tell us the science doesn’t support it.

Nevadans deserve to hear the science before we walk away from a $15 billion investment that could bring jobs and infrastructure that are desperately needed, especially in the rural communities. When did Nevada become against jobs and economic development?

Blocking Yucca Mountain does not change the fact that there are orphan nuclear power plants near waterways, leaving the spent fuel vulnerable to attack outside a national security site. This is a national security issue and as such deserves to have the hearings move forward.

Nye County, where the project is located, supports this as the only sensible solution.