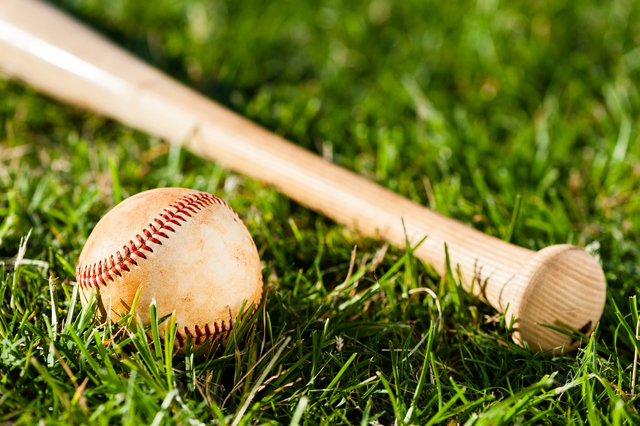 The Baseball Hall of Fame ballot for recently retired players is out. The voters are ten-year members of the Baseball Writers Association of America (BBWAA). To be eligible, players have to have been retired for at least five years but not more than 15 (one exception: Lee smith, retired for 20 years, was grandfathered in). Each voter gets to vote for up to 10 candidates. Players named on 75 percent or more of the total ballots get in the HOF. Players with less than 5 percent are dropped from future ballots. This year, there are 15 returning players and 19 first-time players.

The five players that I would vote for if I could:

Jeff Bagwell – The greatest hitter in Houston Astros history. He was the 1991 National League Rookie of the Year and 1994 NL Most Valuable Player. He unfortunately was limited by a back injury when the Astros went to the World Series in 2005 and retired. He hit .297 with 449 home runs, had eight 100-RBI seasons and nine 30-homer seasons. He had two seasons with 30-plus home runs and 30-plus stolen bases. Bagwell was the all-time leader for home runs at the Astrodome and just missed HOF election last year with 71.6 percent of the vote. He was targeted with rumors of performance enhancing drug use but was never mentioned in the Mitchell Report or any other investigation.

Tim Raines – Was the greatest base-stealer, with the exception of Rickey Henderson, and was second to Fernando Valenzuela in the 1981 season for the NL rookie of the year voting. He batted .304 and stole 71 bases for the Expos. Raines won four stolen base titles and one batting title. He also won league titles in runs, doubles, and on base percentage. Unfortunately, he was a cocaine user and in 1981-82 and was a witness in the Pittsburgh drug trials, although he was not convicted or suspended. Raines entered treatment and was clean afterward. In all, he had six 100-run and seven .300 seasons. He had a career total of 808 stolen bases and ranked fifth all-time. His career .385 OBP compares well to Tony Gwynn’s .388. And he was in two late career world series (1996 and 1998) as a reserve outfielder with the Yankees and one more (2005) as first base coach for the White Sox. This is his 10th and last year on the HOF ballot.

Trevor Hoffman – Second all-time in saves with 601. Hoffman posted a 2.87 career earned run average and was twice the runner-up in Cy Young award voting. He threw a baffling change-up that looked like a fastball but came in much more slowly, causing batters to swing early and was great in the 1998 NL playoffs that put the Padres in the World Series. Hoffman did poorly in all-star play, posting an ERA of 8.53. He allowed only 6.99 hits per nine innings, seventh lowest all-time. His 1,035 games pitched is 11th all-time and he never started a game. Hoffman was selected by the Florida Marlins in the expansion draft, then traded to the Padres for Gary Sheffield.

Curt Shilling – Super-duper postseason hero. He was most famous for the “bloody sock” game, pitching the Red Sox to victory in game 6 of the 2004 American League Championship series. He pitched in the World Series for the 1993 Phillies, 2001 Diamondbacks and 2004 and 2007 Red Sox, posting a 4-1 record with 2.06 ERA. Overall, Shilling was 11-2 with 2.23 ERA in postseason. He won 216 regular season games with 3,116 strikeouts. He had three seasons with over 300 strikeouts and won the 2001 Roberto Clemente Award for his humanitarian activities. Shilling aggravates the politically-correct crowd by publicly stating his conservative views. If elected, he would be the first HOFer born in Alaska.

Edgar Martinez – The award for best DH was named the “Edgar Martinez Award” for him. He won two AL batting titles. One of only 18 players on the career “.300/.400/.500” list with a batting average over .300, OBP over .400 and slugging percentage over .500. Martinez won the 2004 Roberto Clemente Award for his humanitarian activities. He had seven all-star selections, eight 20-home-run seasons, six 100-RBI seasons. He batted a smoking .571 with ten RBIs in the 1995 American Division Series in which the Mariners defeated the Yankees.

These following players on the ballot are tainted by the use of performance enhancing drugs, either by suspensions or investigations, and should not be honored by a HOF induction: Roger Clemens, Barry Bonds, Gary Sheffield, Sammy Sosa, and Manny Ramirez. Absent performance enhancing drugs, they would be great candidates based on their playing performance. These three additional great and deserving players are also on the HOF ballot but I did not include them in my top ten above: Lee Smith, Jeff Kent, and Billy Wagner.

Steve Celniker is a writer and baseball historian. He lives in San Diego, where he continues serving the city of San Diego as a traffic engineer and is now a Padres and Charger fan.