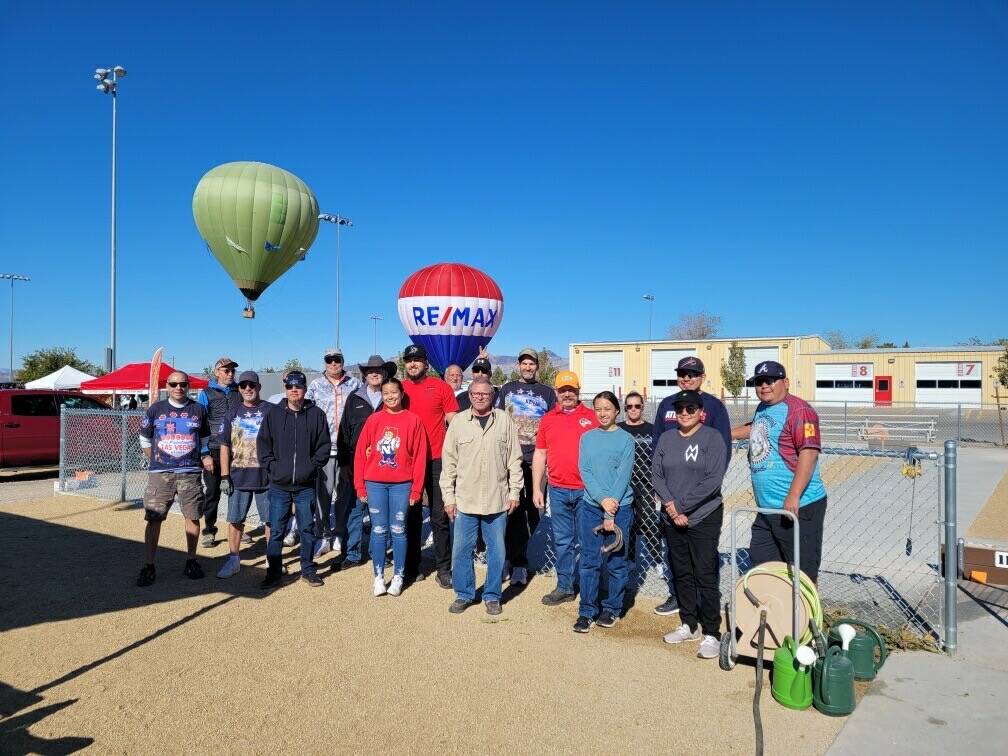 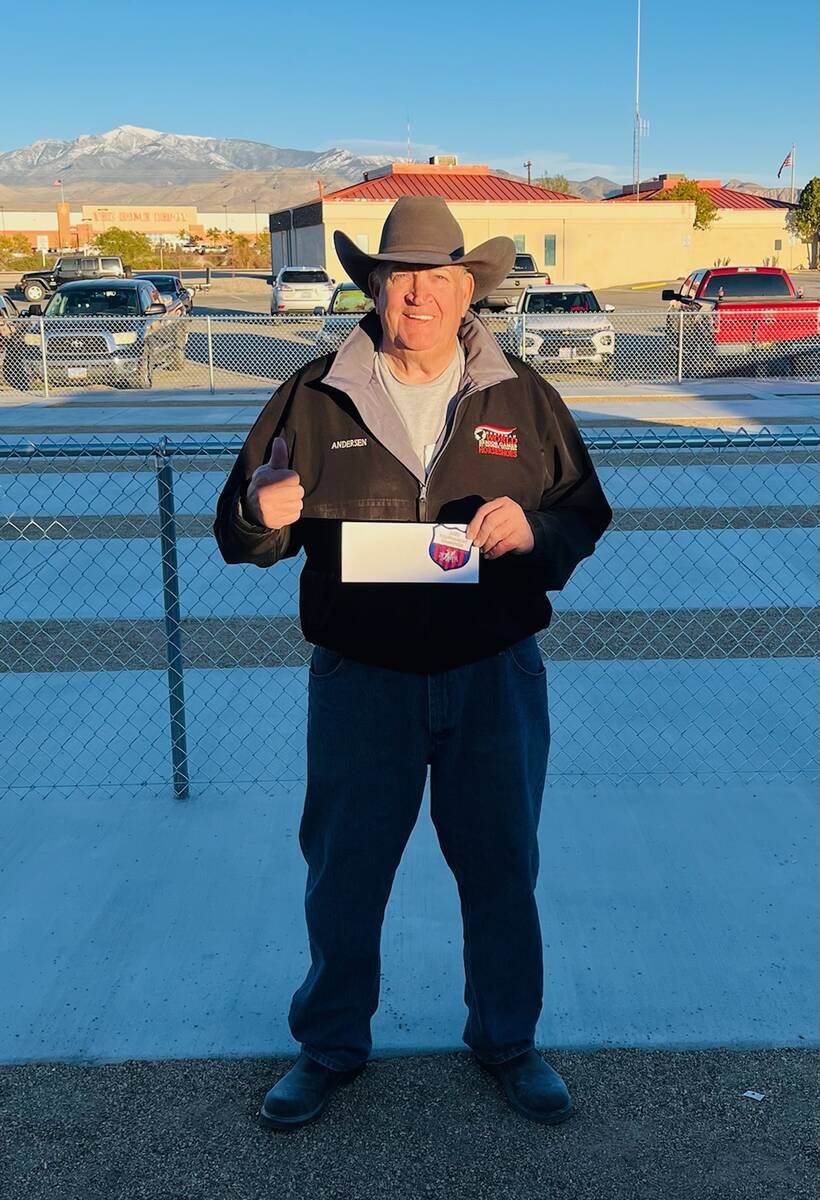 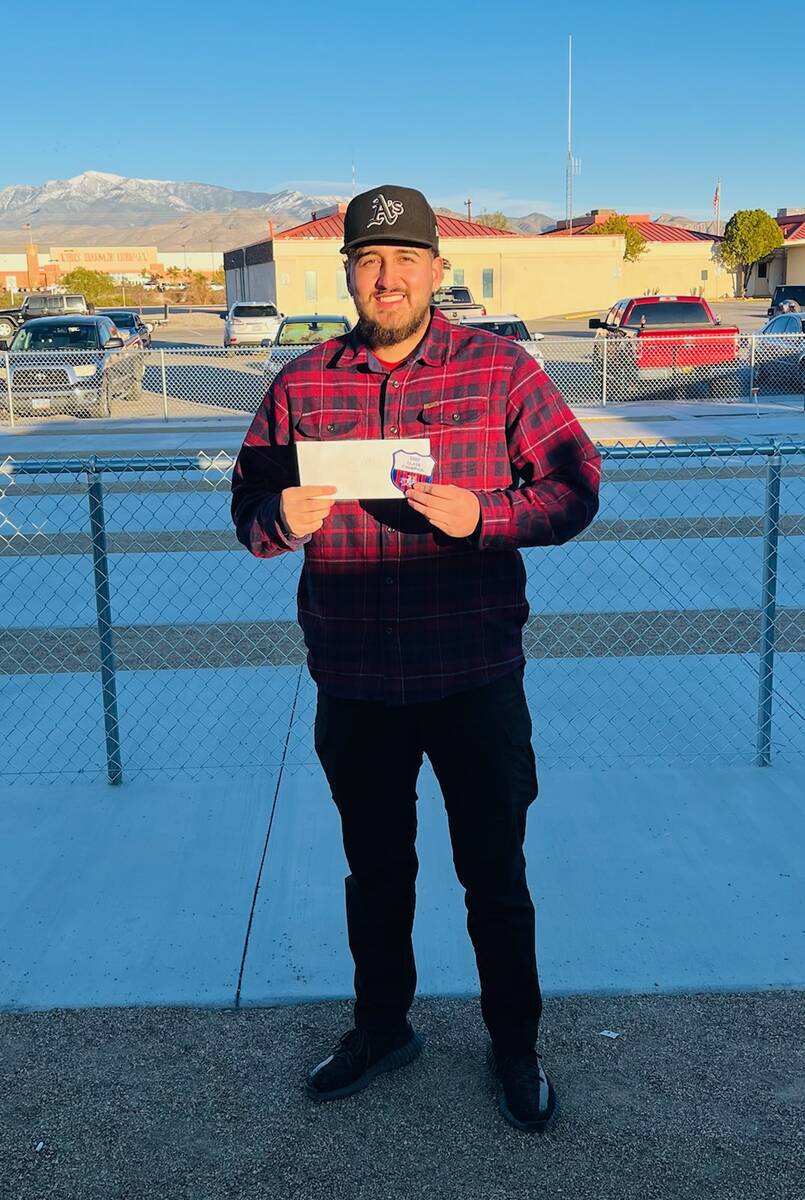 Special to Pahrump Valley Times Fabian Soto finished in first place of the C class at the NSHPA tournament on Saturday, Nov 12, 2022. He ended the tournament with a 4.5-0.5 record. 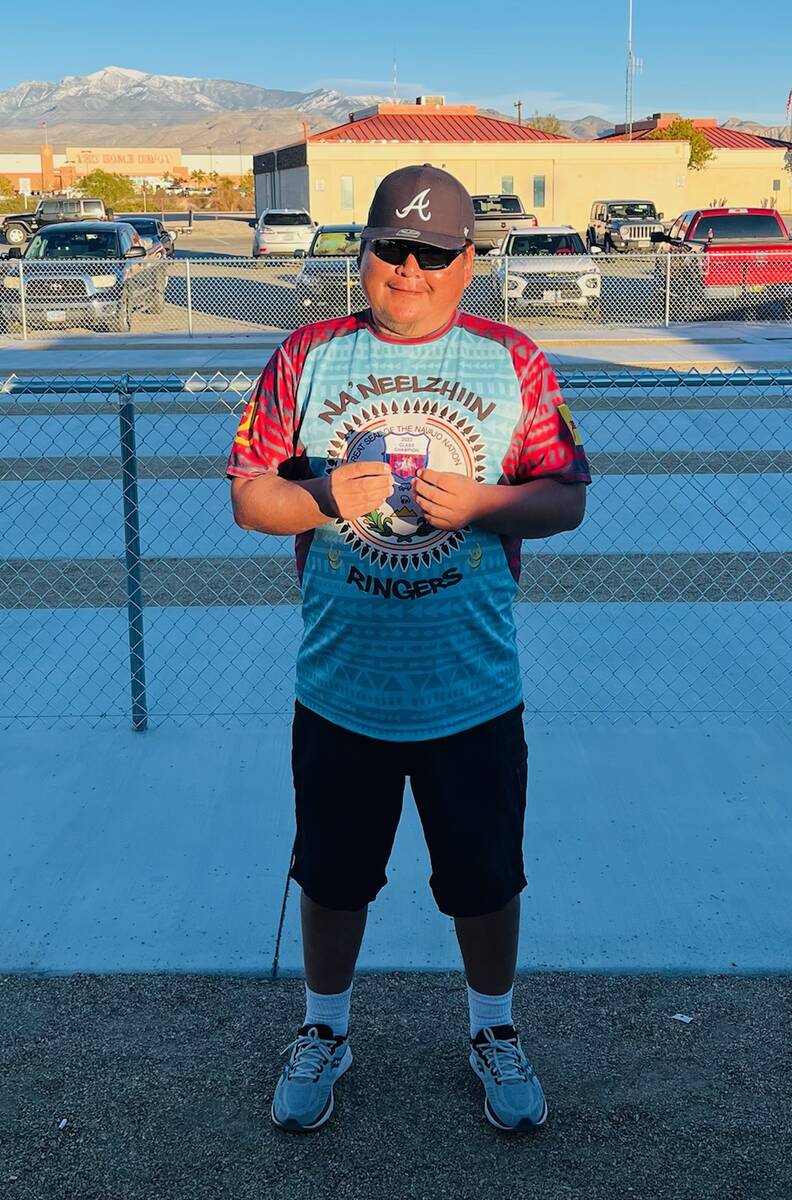 Special to Pahrump Valley Times Stacey Trujillo finished in first place at the Turkey Toss Open event in Pahrump on Saturday, Nov 12. He ended the tournament with a perfect 6-0 record, beating his opponents by an average of 35 points per game.

The NSHPA tournament featured 20 pitchers from around the Southwest, with three different states being represented.

The singles, round-robin style tournament was the last of the season for the NSHPA.

Anderson finished in the top spot of the A class, ending his day with an undefeated 6-0 record.

He threw a class-high 132 ringers and scored a tournament-high 425 total points in his 300 throw attempts.

The only pitcher who threw more ringers in the tournament than Anderson was B class pitcher Stacey Trujillo.

Anderson was able to avoid a loss and squeak out a close win in his second-to-last game of the day when he defeated Lily Strong 56-55.

There was a tie for second place between Jim Magda and Jacob Trujillo.

They each finished with identical records of 4-2. Magda would win the tiebreaker by scoring more total points in the tournament compared to Trujillo.

Magda ended his day with 100 ringers and 355 total points. His two losses came against Anderson and Strong.

Trujillo would get third place after losing the tiebreaker to Magda. He finished the day with 289 total points and threw 108 ringers, giving him a 36% ringer percentage.

Trujillo’s two losses came against Anderson and Magda. He nearly escaped a third loss with a nail-biting 51-50 victory over Strong to start the day.

In the B class, Stacey Trujillo joined Anderson with a perfect 6-0 finish.

He threw 144 ringers in his 300 throw attempts, finishing with 368 total points. Trujillo’s ringers were the highest in the tournament and nearly doubled the next closest competitor in the B class.

Trujillo defeated his opponents by an average of 35.8 points per game.

Behind Trujillo, there was a 4-way tie for second place.

Dedeic was awarded the second-place position by finishing with more total points in the tournament than the other three pitchers.

Nelson came away with the third spot in the B class. She secured her spot with a much-needed win in her final game of the tournament against Heath Russell.

Nelson threw 53 ringers throughout the tournament.

The C class champion of the Turkey Toss Open was Fabian Soto.

Soto just missed joining Anderson and Trujillo with an undefeated record. He finished his tournament with a 4.5-0.5 record, tying his final game of the day to Chris Preciado.

Soto scored a class-high 228 points and threw 51 ringers in his 250 throw attempts.

In second place of the C class was Kevin Chael.

He finished the tournament with a 3-2 record. His losses came against Soto and Russell Jacobs.

Chael threw 36 ringers on his way to scoring 185 total points in the tournament.

The third-place finisher in the C class was Preciado.

His tie in the final game of the tournament against Soto was critical for him to finish in third place.

Had he lost his final game, he would have finished in a tie with Luisita Strong, who would have won the tiebreaker after finishing with more points.

Preciado ended his day with 163 total points and he threw 35 ringers. His two losses in the tournament came against Strong and Chael.

Despite this being the final NSHPA tournament of the season, there are still two more horseshoe events to take place before the end of 2022.

The next tournament will be this Saturday, Nov. 19, when the SNHPS holds their final tournament of the season at Petrack Park. This tournament is scheduled to begin at 11 a.m.