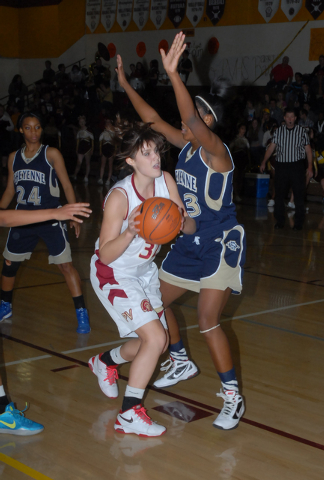 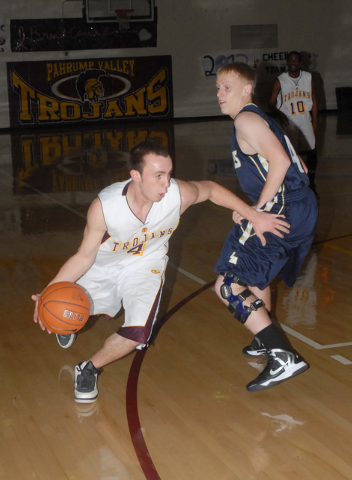 Basketball ended with a fury over the weekend as the Nevada Interscholastic Activities Association concluded the state’s basketball finals at the University of Nevada Reno on Saturday.

In Division 1-A boys, it would not be a Desert Pines rematch with the Clark Chargers for the Jaguars lost to Elko 63-47.

The Chargers went on to beat Elko High School winning 43-25 for the Nevada Division 1-A State Title.

For the Division 1-A girls, the title went to the North. The Lowry Buckaroos downed the Boulder City Eagles 44-34 to win the state crown.

Division 1-A was not kind to the Lady Trojans. The Trojans had made a lot of improvements and came close to making the playoffs, but fell short and finished in fifth place at 2-8.

“The biggest difference that I saw this year was our ability to believe that we could play with some of the big dogs, so to speak. We played every team tough for three quarters or more, and next season we need to play complete games and finish strong to qualify for the playoffs. Coaches in the league commented about Shayla and Murphy’s improvement and really liked the way our younger kids played this season. I think the future is brightening for us as these younger kids are motivated and extremely athletic. Some of the ladies are going to be playing club basketball this spring with the Bonanza teams, and hopefully that will give them a push as well,” she said.

Next year Hagstrom will have most of her team returning including Shayla Dance and Alyssa Murphy. The coach will also rely on an experienced freshmen team, which was not raided for players during the season. They have a promising future as that team went undefeated.

The Junior Varsity Coach, Courtney Salmon, said she also has a few players too that may make a difference on the varsity team next year. Salmon said her team could make more of a difference if they showed up for summer ball.

The Trojans boys were 1-9. Coach John Toomer said he will return as the boys coach next year. He said his team needed the consistency and this means having a coach that will be there. Like Hagstrom, Toomer did not bring up players from his lower division teams so that they gained experience as a team. He loses nine seniors out of 12 on the team.

No Nye County teams were state champions, but a few teams came close.

In Division IV, the Lady Muckers, who finished the year at 6-2 in league, finished in the top four in Division IV in the state. Tonopah lost to the Eureka Vandals in the state semifinals 59-29. The Vandals went up against the Pahranagat Valley Panthers and lost in a close one 50-46. It was the sixth straight basketball state title for the Panthers.

The Pahranagat Valley boys team made the playoffs but were eliminated.

The Lady Hornets from Beatty made it to the playoffs and finished in fourth place at 5-3. Hornets Coach Aimee Senior was proud of her team’s performance.

“For a young team, we played with a lot of determination and heart. We ended the season with probably one of the best games we’ve played all season against the toughest team in our league. We stepped up and played our game against an experienced and well-rounded team. We will be losing one player this year, Christina Thompson. She is a hardworking, competitive player that will be missed very much. With two juniors, two sophomores and three freshmen heading into next year, we are going to be a tougher team with a little more experience than we had this year,” she said.

The Hornets boys team showed a lot of promise, despite not making the playoffs. Hornets Coach Joe Serrano should return next year with a good team.