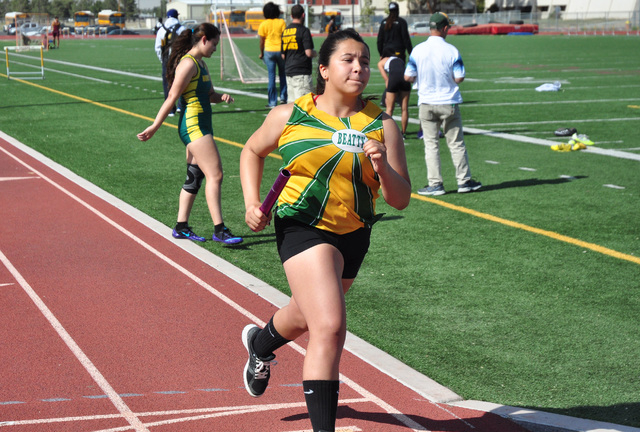 The Beatty track team traveled to the Liberty Invitational on March 19 in Las Vegas. There were 15 boys teams and 13 girls teams. The invitational allowed the team to run against some of the best Division I teams in Las Vegas.

Hornets coach Ellice Dunsterville is excited about the team and their performance.

“This track season is going to be a great year,” the coach said. “Most of my team from last year returned this year and we have quite a few freshmen and a few other new faces. We have 36 on the team this year and already personal records are being set and beaten, and we are even looking at challenging our school records as well. I am excited to see how all the kids will succeed in their events. It is always a joy to watch their faces when they do really well.”

The coach said her team should do well against Tonopah this year.

“It will be an exciting season to see who comes out on top,” Dunsterville said. “We thrive on the competition between us.”

Although the Beatty boys team scored only one point, the boys did well against other Division IV schools.

Christian Donaldson finished 25th (53.97) in the 300-meter hurdles and was the only Division IV runner.

In Beatty girls track, the team finished behind Tonopah (1).