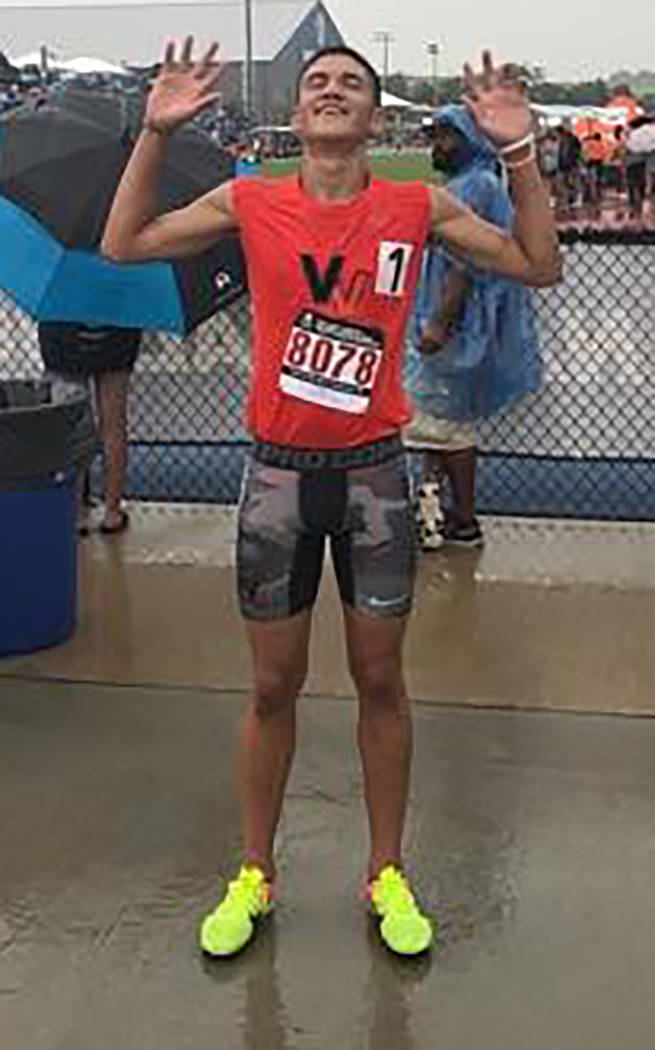 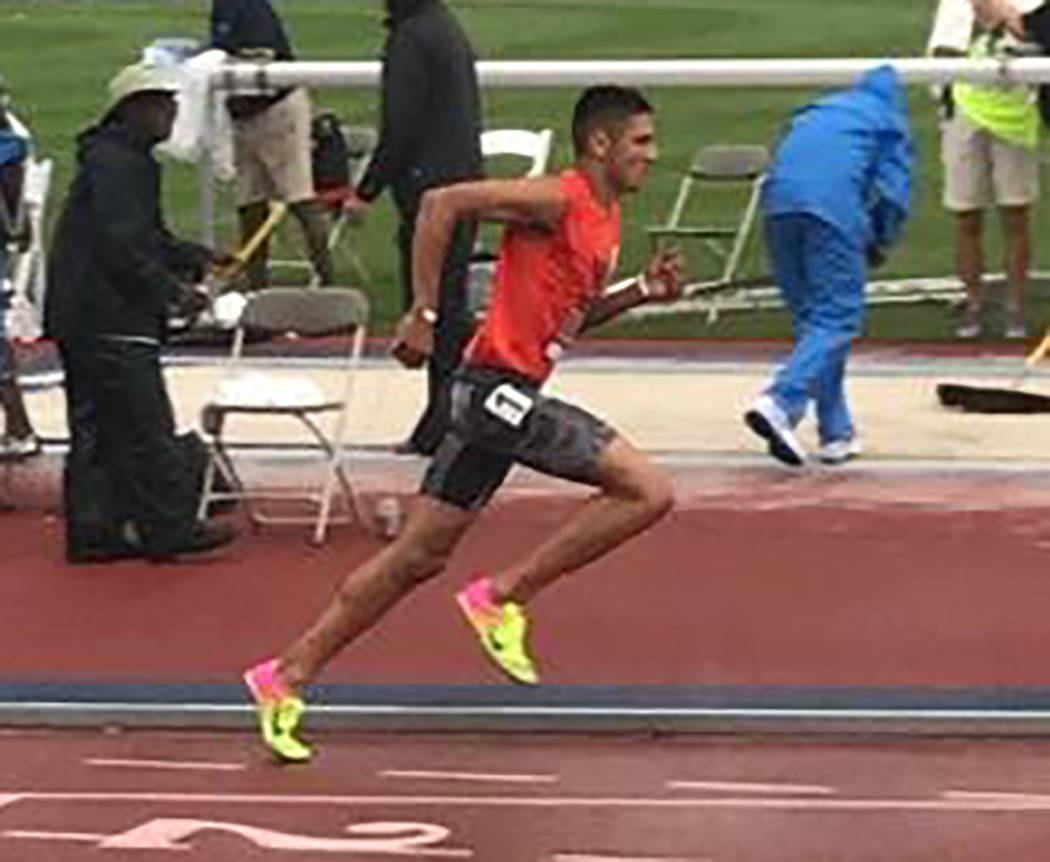 Special to the Pahrump Valley Times Jose Granados of Beatty High School and the Vegas Valley Track Club competes in the 1,500 meters at the USA Track and Field Hershey National Junior Olympics Championships in Lawrence, Kansas. He will compete in that event and the 2-kilometer steeplechase at this year's nationals in Greensboro, North Carolina.

The bigger the stage, the faster Jose Granados seems to run.

It happened at the Class 1A State Championships in May, when the Beatty High School standout recorded personal bests in the 800 meters, 1,600 meters and 3,200 meters and, for good measure, also matched his best pole vault effort.

It happened again at the USA Track and Field Nevada Association Junior Olympic Championships on June 8-10 at Spring Valley High School in Las Vegas, where, competing for the Vegas Valley Track Club, Granados won the 1,500 meters in the men’s 15-16 division in 4 minutes, 38.12 seconds.

And it happened again at the USATF Region 15 Junior Olympic Championships last month in California, where he set personal records in the 1,500 (4:14.53) and the 2-kilometer steeplechase (6:55.43). Region 15 includes athletes from Nevada, Hawaii and Southern California.

Granados qualified for last year’s nationals in Lawrence, Kansas, and ran fourth in his heat of 15 runners and finished 14th overall in the 1,500.

“I was in shock seeing how fast everyone was,” Granados said.

“I felt good that day,” Granados said of the states. “I knew it was going to be a good meet. Also, the weather conditions up there were better. It was cooler, and there was no wind at all.”

Regardless of what the weather will be like in Greensboro, Granados will be prepared for the competition. He is working out three or four times each week with his club at Pearson Park in Las Vegas.

All of which hopefully will propel Granados toward his goal for the 1,500.

“I’m trying to make All-American this year,” he said. “All-American is top 10 in the nation.”

He has no such lofty expectations for the steeplechase.

“This year I wanted to try something new,” Granados said. “And this is something new. I want to do well in it. I just want to PR at least.”

“I started in seventh grade,” he said. “I just saw my dad run all the time. I tried out for the track team and started running with him. I started to like it, and in eighth grade I started falling in love with the sport.”

That love has taken him to national championships two years running, and he will have a cheering section going along with him.

“My mom and my brother, Francisco, are going,” Granados said. “He’s 13. Running is not his thing.”