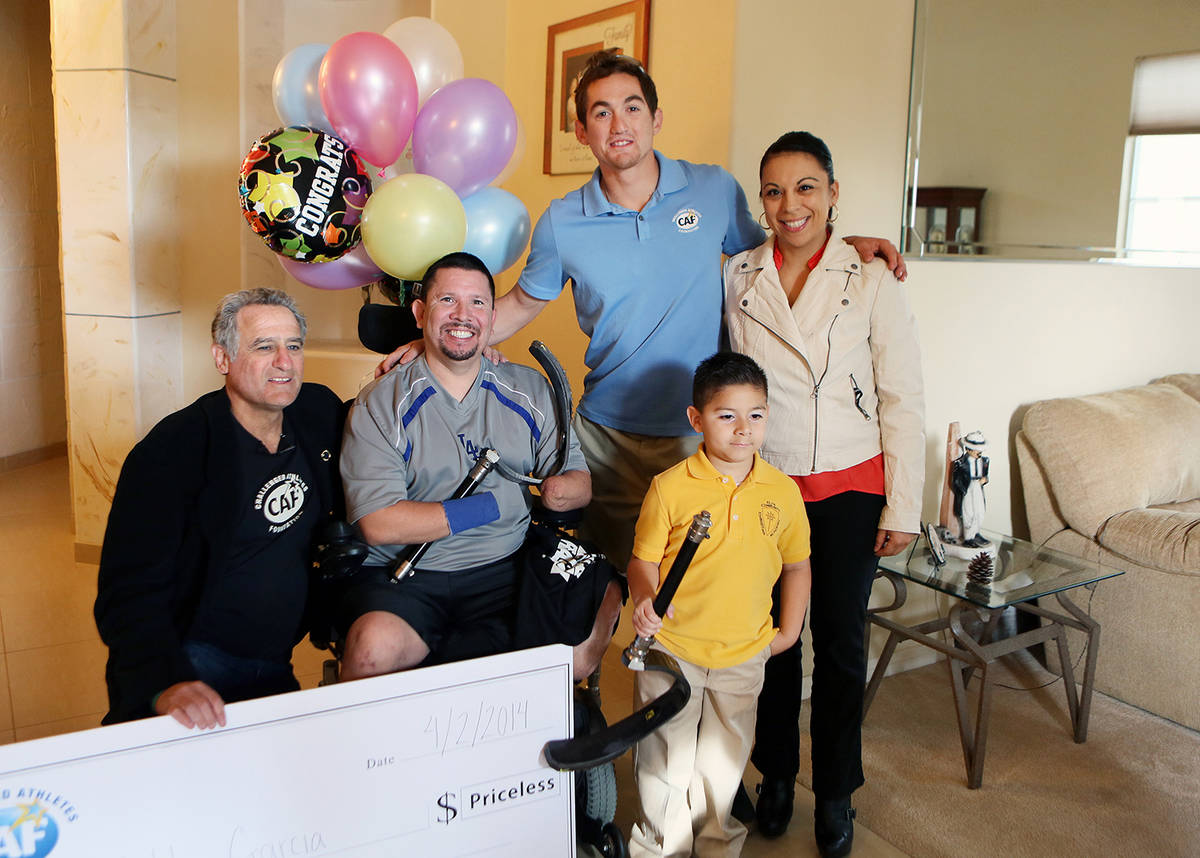 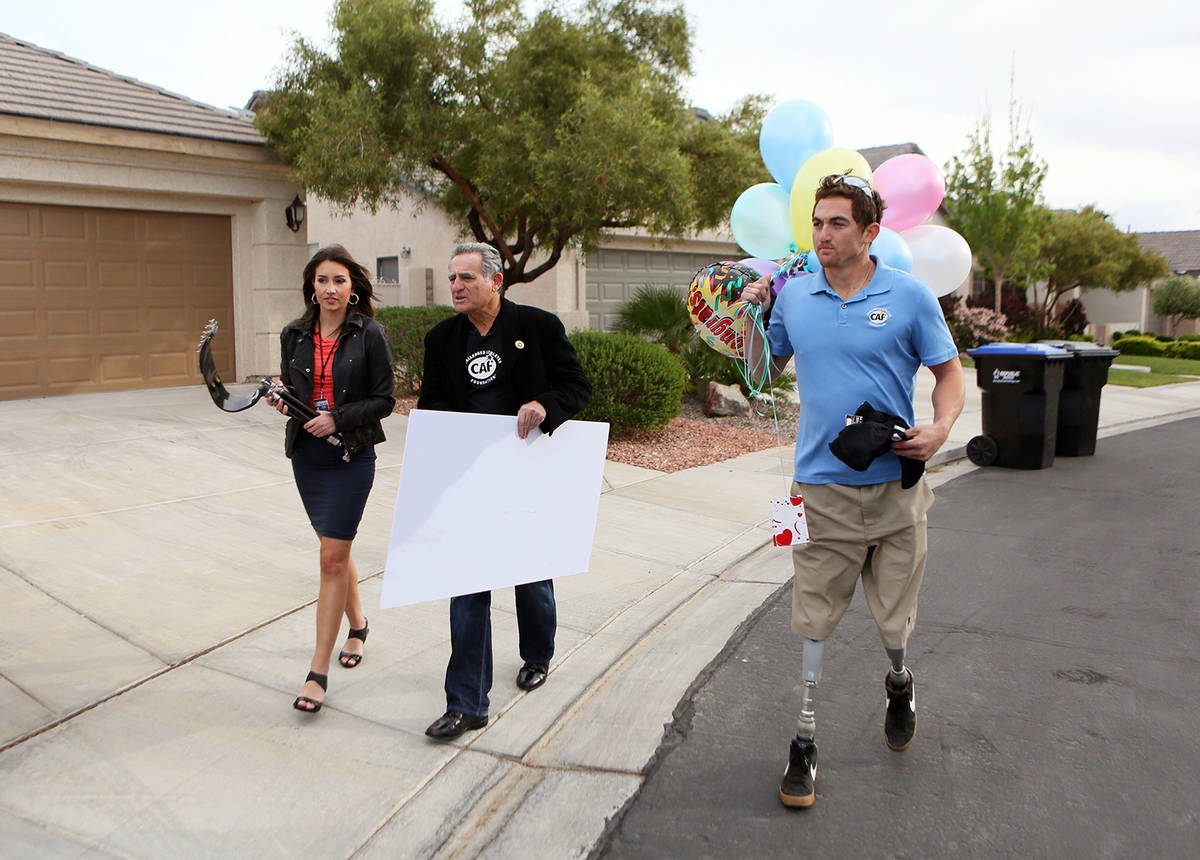 File From left, Jessica Tanner of KTNV-TV Channel 13, Challenged Athletes Foundation co-founder Bob Babbitt and Paralympic medalist Rudy Garcia-Tolson walk to Eddie Garcia's home for a surprise visit in 2014, in Henderson. Through the CAF, Babbitt gave Garcia prosthetic legs after an infection claimed both of his hands and feet in January 2013.

Broadcasting live from the Purple Patch Performance Center in San Francisco, the event will begin at 6 p.m. with an exclusive interactive cocktail and culinary experience hosted by Montana-based CAF athlete and professional chef Eduardo Garcia. Known all over the world as the “Bionic Chef,” Garcia cooks with a prosthetic left arm, the result of a hunting accident in 2011.

At 6:45 p.m., Viñal and Britt will showcase CAF’s programming with the stories of resilience, strength and spirit during the pandemic.

Guests will hear stories of overcoming adversity, discovering adaptive sports for the first time and a recent surprise moment with the Golden State Warriors for a CAF teen who survived multiple gunshot wounds at the age of 7. The at-home gala will continue with CAF athlete Breezy Bochenek singing alongside the Well-Known Strangers.

Among the athletes who will be featured during the evening is Carolanne Link, 25, of Oakland, California. Born with cerebral palsy and surrounded by an athletic family, Link always sat on the sidelines watching. It wasn’t until she was an adult that she was invited to try wheelchair basketball and saw it as a rebirth.

Trying to reclaim lost time, she has thrown herself into the parasports world and playing a team sport for the first time in her life, shattering her misconception that she couldn’t be an athlete. Carolanne feels unstoppable and wants to continue on the path of pushing herself to her fullest athletic potential. She dreams of becoming a Paralympian and hopes to compete in Paris 2024.

Then there is Lucas Cronan of Sacramento, California. The 6-year-old had his leg amputated because of a congenital condition called fibular hemimelia when he was a year old. An active boy, he enjoys riding his bike, swimming and running. Wanting to increase his speed, he frequently takes his prosthetic off so he can run faster.

CAF and Shriners Hospital for Children orchestrated a surprise for Lucas to receive an Össur running blade so he can race his dad and keep up with his friends at school.

The gala will also pay tribute to Tom Trauger, CFO of Sports Basement, who died in a bike crash last December. Tom was a CAF supporter, and, with his wife, Donna, CAF will honor his legacy by raising funds to support the mission.

Through CAF’s 2021 grant distribution, challenged athletes in 49 states, Puerto Rico and 52 countries have received a variety of grants representing $5.1 million in support. Without this critical funding, participation in sports would be unattainable because of the general lack of insurance coverage for adaptive sports equipment and limited opportunities for these individuals to practice and compete.

Anyone can watch the event at http://www.celebrationofheart.org/

The Challenged Athletes Foundation is a world leader in helping people with physical challenges lead active, healthy lifestyles. CAF believes that participation in physical activity at any level increases self-esteem, encourages independence and enhances quality of life. Since 1994, more than $134 million has been raised and more than 35,000 funding requests from people with physical challenges in all 50 states and dozens of countries have been satisfied.

Additionally, CAF’s outreach efforts affect another 60,000 individuals each year. Whether it’s a $2,500 grant for a handcycle, helping underwrite a carbon fiber running foot not covered by insurance or arranging encouragement from a mentor who has triumphed over a similar challenge, CAF’s mission is clear: Give opportunities and support to those with the desire to live active, athletic lifestyles.