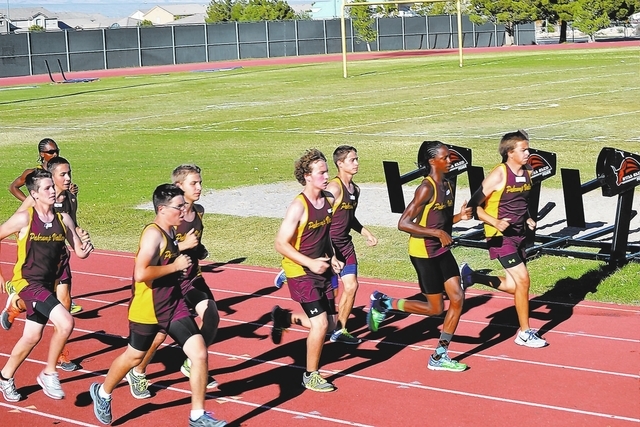 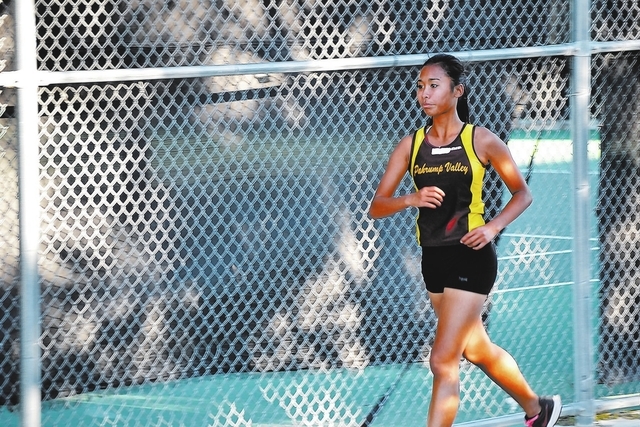 Trojans cross country lost to Faith Lutheran at Indian Springs some weeks back. Since then the boys and girls seemed to have shrugged off the loss and moved on.

The girls and boys both beat Cheyenne last week.

“Cheyenne was a pretty good race for both teams. For the girls, we ended up winning by three points. It was pretty close and could have gone either way. Stef was in the lead and the Cheyenne girl passed her with 400 meters to go. Stef did not want that to happen so she kicked it into high gear and ended up taking her at the finish line. It was a good finish,” he said.

The team has also done two invitationals, the Falcon and a big one at UNLV. Kolodzieczyk feels competitions such as these keep his team sharp.

“This type of invitational gives a good test to run against schools that have pretty good programs and place. It is a good test for our runners to see where we stack up against the bigger schools,” he said.

Kolodzieczyk commented on his team’s chances before the meet.

“The guys from Clark are pretty tough and they are pretty deep on the men’s team. The girls, we should be able to beat them,” he said.

For the girls, Kolodzieczyk believes Fenny Descuatan is improving a lot.

“She has been our third runner these last few meets, so that is quite an improvement. It is possible that Fenny might take Jackie Sanchez, as number two, but Jackie right now seems to have a lock on the number two spot,” he said.

The coach said the fourth spot is going back and forth between Daville Ansick and Melanie Lawdensky.

For the boys Devon Montgomery and Shane Webber switch back and forth as the top runners.

“These boys are 1 and 2 at UNLV Invitational and both had their personal best times,” Kolodzieczyk said.

Senior Jacob Stearns is hampered by an injury but competes for the third spot with Dakota Sanders.

Going into Mojave, the girls have one loss to Faith Lutheran. Mojave is on Oct. 8 at Indian Springs. The team has the Lake Mead Invitational Oct. 15 and the regionals on Oct. 25.