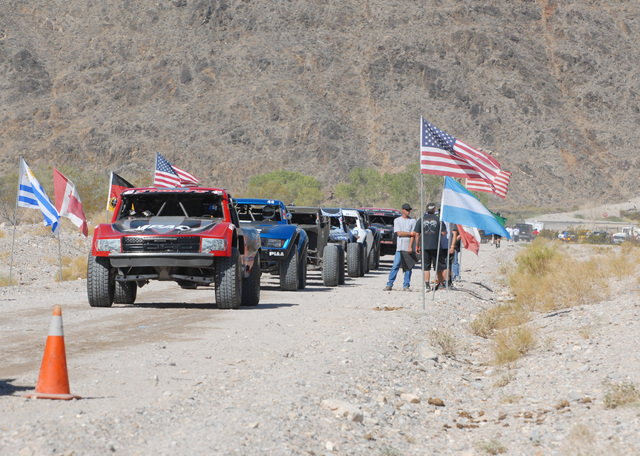 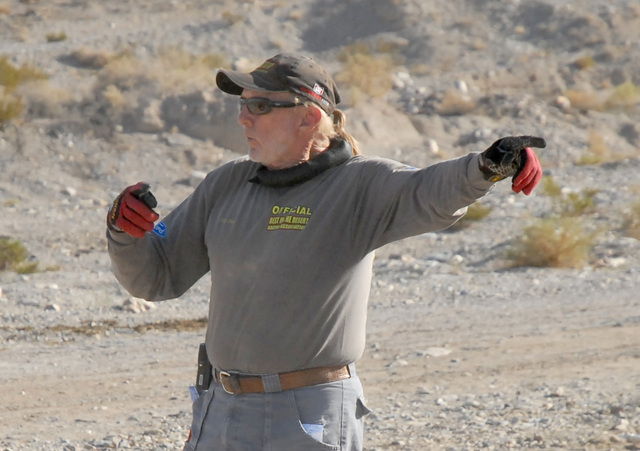 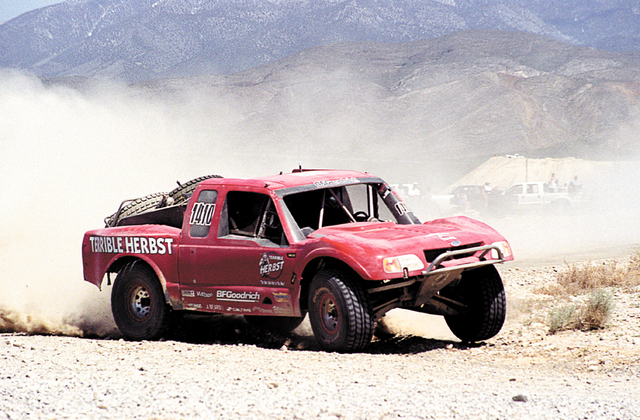 Q: The original Vegas to Reno used to come through Pahrump and we also had the Terrible’s 250 in Pahrump. What caused those events to go away? Was it the Desert Tortoise?

A: The desert tortoise was a huge land grab by environmentalists. The tortoise has never been endangered and probably will never be in our lifetime. It has been around for over 2,000 years and is a pretty tough little critter. The tortoise was not the cause.

Q: So if it was not the tortoise, what stopped this event?

A: There were several reasons which stopped me from going through Pahrump in Vegas to Reno. Cost and manpower were two things. It was very expensive to start the race over in Vegas because you have to get through the Goodsprings area with private property and then you had to get through the Sandy Valley area and cross Highway 160. There is also a racetrack that was built over there called Spring Mountain. The race course used to go through their property and when they started building their track this made it difficult. I then moved the race to start in Pahrump. Then you have the encroachment of people. People moving in and building homes and saying, ‘We don’t need high speed racers in front of our house.’ That became a problem.

Q: So you kept on moving it until you got to your current location?

A: Yes, then we moved it up further to Johnny and then Valley Electric said they did not want us on their roads. It kept moving until we finally moved it to Beatty where I don’t have any problems. Could it be moved back to Pahrump? Yes, if you have a suitcase of money and are willing to pay for all the studies and fees. Is it worth it? I don’t think so. I just talked to the Herbst family the other day about the same thing. I get 300 entries starting at Beatty. I am not going to get 350-360 entries starting it in Pahrump. No more people will be coming for that reason. So why spend all that extra time and energy and aggravation if I don’t have to?

Q: Well that explains why Vegas to Reno stopped, but what about the Terrible’s 250?

A: The Terrible’s 250 was great out in Pahrump. Everything was great with that race but the Herbst family had Primm. They came to me and said, ‘We spend about $100,000 on the Terrible’s 250 in Pahrump, we have two casinos and no hotels. We just bought a town with 1,000 hotel rooms in it. So if you want us to continue to sponsor the race, you need to move it to Primm, because we can benefit from the hotel rooms over there. We own the food, the gas stations and the hotels, and the gaming—we own everything.’ We had the Terrible’s 250 in Primm for two years and then they lost the casinos. So we moved on and that’s why we left Pahrump because of the Herbst family.

A: The Nugget is interested in holding an event in Pahrump and it would be just as big as the 250. I do six events a year. All of those have contracts. What prevents us from doing another one? One, we don’t have the manpower. Also, we can only put on so many of these events a year because the people that race them, it costs them about $30,000 to come to each race. It’s very expensive for the racers. So, six times a year is all we are going to get from the racers. If we lose an event, then the door would open for Pahrump again.

Q: Have you been following closely the politics in Nevada and the government relinquishing control of BLM land? Does that help you any?

A: I really don’t want to comment on the state getting that land. I will say that I don’t have any problems with working with the BLM. I know their system. What we have works and it’s what I do every day of my life, so I understand it. We are probably the only organization that could come back and put on the Terrible’s 250 in Pahrump. There is no other organization that is big enough that could pull that off.

Q: What is the difference between you and the Southern Nevada Off-road Racing Enterprise? What distinguishes your organization from the other promoters promoting desert racing?

A: That is a simple question. Ours is a professional organization. This is a company. SNORE is a club. SNORE is made up of members that all pay dues and go out and work on the races. There are maybe 30-50 of them.

We are a professional organization so when we come in, we come in on a professional basis. We charge more money than they do, but once again we are professional. There is no way that SNORE could come out here and put on a race. He isn’t organized. He doesn’t know what he is doing. I would tell him that if he was sitting here listening to me. He knows it. He is no dummy, and he would say, ‘There is no way I would take that on.’

The permits that are required to take on something like the Terrible’s 250 was a tremendous amount, 25. Vegas to Reno there was about 40. And once again you are crossing Highway 160. Big highways are hard to cross. All those races are difficult. We are not the type of organization that is going to put on a 30-mile loop race. The SNORE group can put on a 30-mile loop and be happy. They have the small cars where we get the higher echelon of off-road racing. We got the big horse-powered vehicles and the big trucks.

Q: Can you give us more examples of logistics?

A: There is a lot of effort that goes into the logistics of each race and that is what we excel in. The next in line is the safety factor. You need to have in place all your medical teams and your helicopters on standby. Then you have communications. With 550 miles across the state you have to have communications.

I won’t start the race unless I know that I can talk from one end of that course to the other. To make sure everything is in order and all the people are there and all the check points are in place. That requires huge logistics in just communications alone. Those are what we call mountain top relays. Those guys can talk a 100 miles in both directions. You also have course markers. We use experienced people. A lot of emphasis goes into the course marking and the danger portion of it.

My background is I want to get people to the finish line. Other promoters that I have been around would say, ‘That’s the course if they don’t like it, who cares? That is kind of the mentality of the Baja people right now. ‘Hey that’s the race course, who cares if they finish?’ Well, I care. So we put a lot of emphasis in the course. I hear a lot of people say, ‘Hey we know you care about our courses.’ The course has to be fun and it has to be a challenge. That’s what these guys who have all these high dollars in these cars want.

Q: Back to Pahrump. What you are saying is we could have a racing event here again?

A: Yes, if we drop one event or something happens to one of the six events, then we will be looking at an event in Pahrump. We already have a course laid out and all the logistics are done. We have everything in line and ready to go to put a race on. I know this has a huge economic benefit to any town. When we did this in Pahrump all the hotels were booked, the gas stations sold out, the stores were booked and our races were smaller back then.