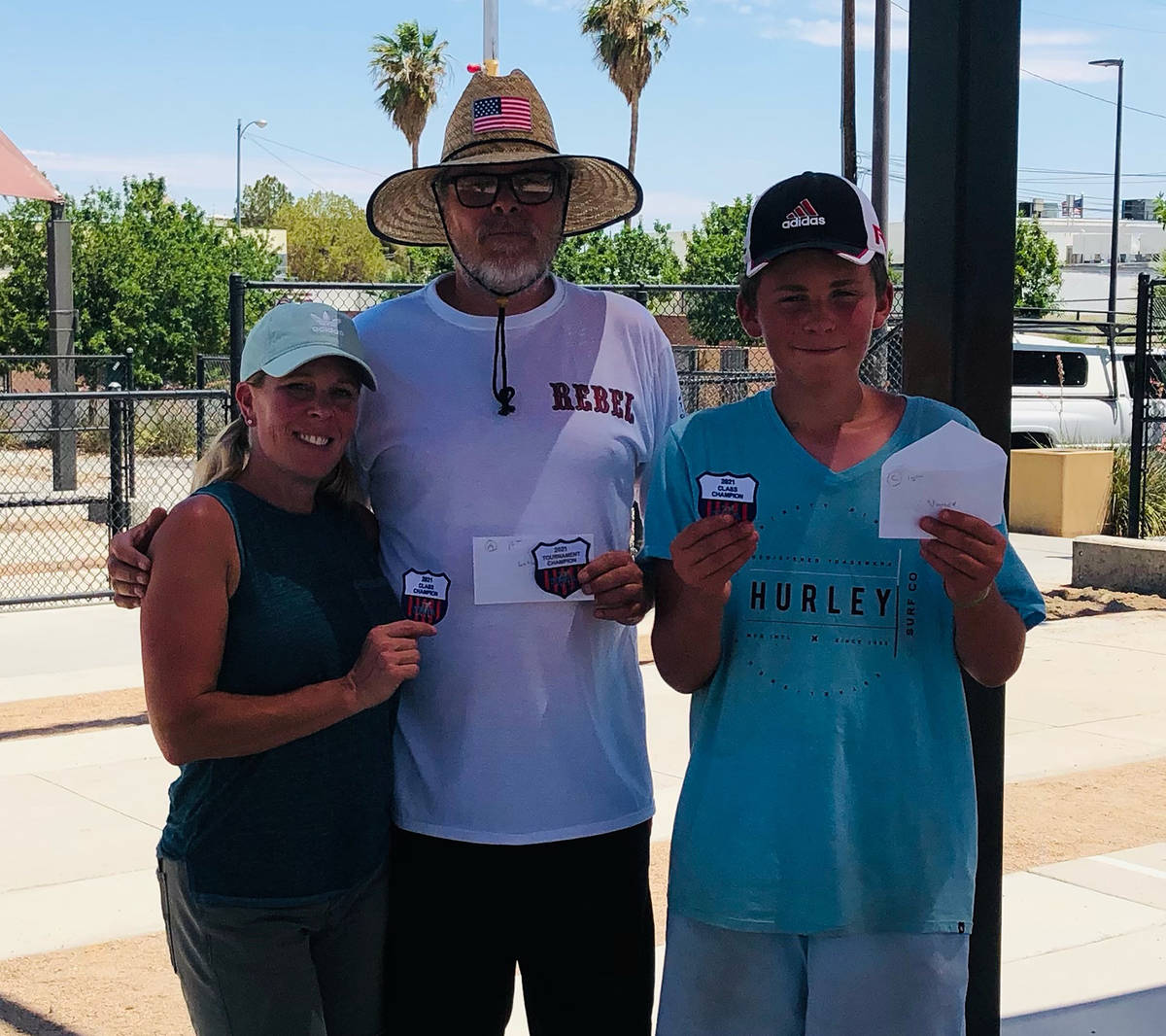 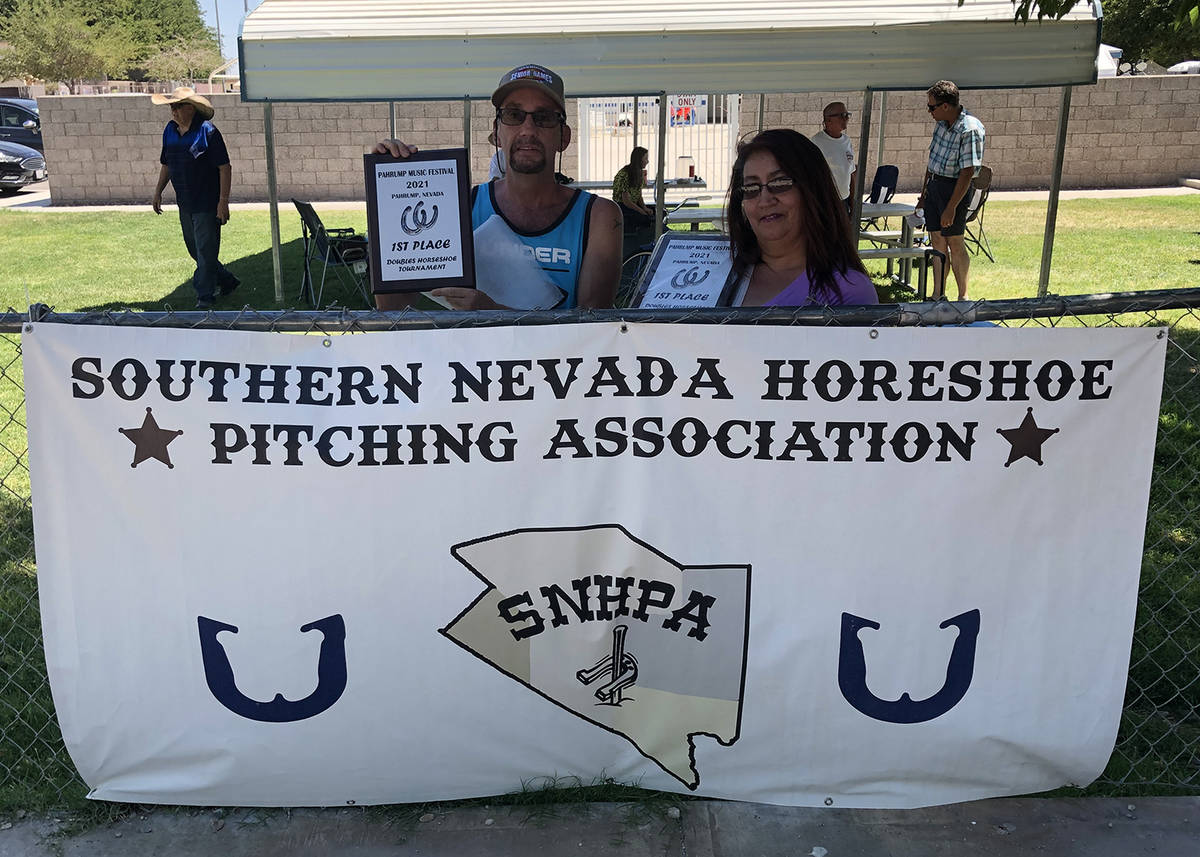 Four Dilgers competed in the event, and three of them won division titles. Tournament champion Lathan Dilger of Pahrump went 4-1 in Class A, Sheri Dilger of Mount Charleston finished 3-0-1 to win the title in Class B, and Vance Dilger swept four games to sit atop Class C.

While Sheri and Vance went through the tournament without a loss, Lathan needed to go to a playoff to win Class A over Dan Dunn of Las Vegas.

It was one of the smaller turnouts in what has been a season of consistently large fields in NHPA-sanctioned events, with 15 pitchers evenly divided into three divisions, and the same thing happened the next day at an unsanctioned doubles tournament sponsored by the SNHPA in conjunction with the Pahrump Music Festival. In these tournaments, teams are drawn by lot, with one pitcher from the upper half of the field statistically matched up with one from the lower half.

A player Jim Hatch and newcomer Robin Nogales, both of Pahrump, teamed to win the tournament, which again required a playoff, this time against A player Dennis Andersen and B player Steve Witherell, also both of Pahrump. There was also a playoff for third place, as A player Kasey Dilger and B player Jefferson Counts defeated Lathan Dilger and DJ Zuloaga after each tandem finished 3-2 in the round robin.

“I’d like to thank Doug and Brigitte Dubin for the plaques for the first-place winners,” Lathan Dilger said.

The next event on the horseshoes calendar is the June 20 installment of the Shoes N Brews Series, this time in Crystal at the Short Branch Saloon.

The entry fee will be $10, which includes food, and the event begins at 10 a.m. Plaques, prize money and series points all will be up for grabs during the tournament.

The next NHPA-sanctioned event is the Ho-Z Classic on June 26 in Tonopah, and the next stop in Pahrump will be the Shade Tree Open on July 10 at Petrack Park. That will be the last tournament before the world championships, which will run from July 19-31 in Winnemucca.