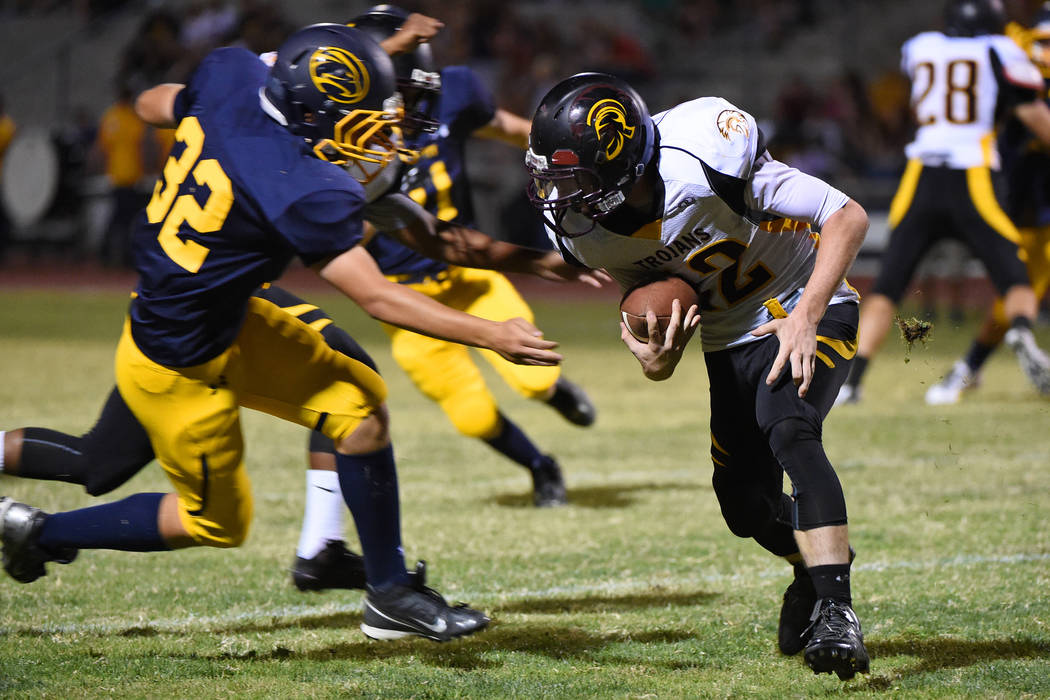 Devlin Dillon is seen running with the ball against Boulder City in 2015. The brothers will play football together next season. Peter Davis / Special to the Pahrump Valley Times 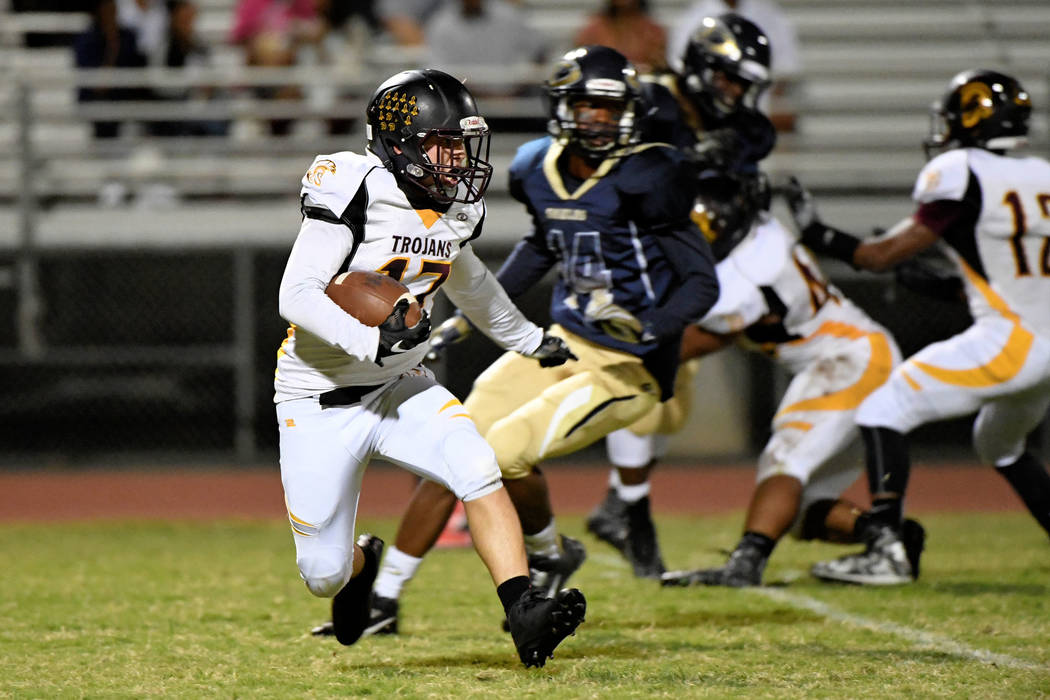 Jesse Dillon is seen this year carrying the ball against Cheyenne. He will be reunited with his brother Devlin, who graduated in 2016, for they will both be playing football for the University of Jamestown next season. Peter Davis / Special to the Pahrump Valley Times

The Dillon brothers from Pahrump Valley High School, Jesse and Devlin, will be reunited on the football field and have another three years of football with each other in college.

Jesse Dillon has signed with the University of Jamestown College as of Feb. 17 and reunites with his brother Devlin next season.

The two Dillon brothers played for two years together on the Trojans varsity football team but that ended when Devlin went to play for Jamestown last season, where he is a wide receiver and is a business major.

Jesse Dillon has a 3.5 GPA at Pahrump Valley High School and wants to study the medical field in college.

He said he had received an email from the coaching staff at Jamestown at the beginning of the season and found out they were interested in him.

Jesse is the last of three brothers. He watched his older brothers play the game and loved it.

“It’s cool to know someone out there at the college,” Jesse Dillon said. “It will be a smoother transition into college life. I think I will be playing defensive back for them.”

He said it will be nice to play again with his brother Devlin again.

Devlin red-shirted his freshman year, which means he will be on the team next year at the college but he still had to endure the practices.

“The practices were 2 ½ hours long,” he said. “We run a power offense and during practice it was full go.”

Devlin Dillon said he got excited when his brother told him that the coaches had emailed him.

“My brother told me that the coaches had sent him an email and so I asked them and they told me they were interested in him,” Devlin said. “I think with my brother coming it will be good to practice with him. That will be cool and it will make practices more enjoyable because he will be on defense.”

There are three other Pahrump students attending this small university that has about 1,000 students. Jessica Friesz, Danny Foss and TJ Milk.

Devlin Dillon said he has adjusted to the winters in North Dakota.

“Winter sucks here,” he said. “The snow is just starting to melt here now. The coldest day was minus 30 degrees and we had over three feet of snow. And people have told me this year was not a bad winter. Practices can be chilly in the fall. It gets down into the 30s sometimes during the season.”