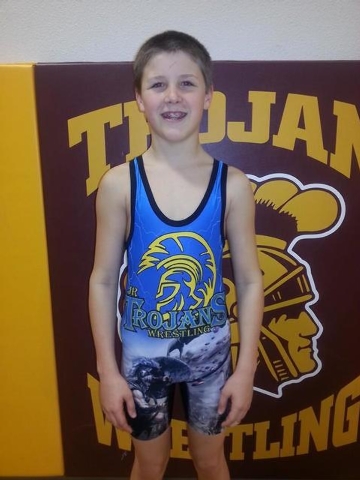 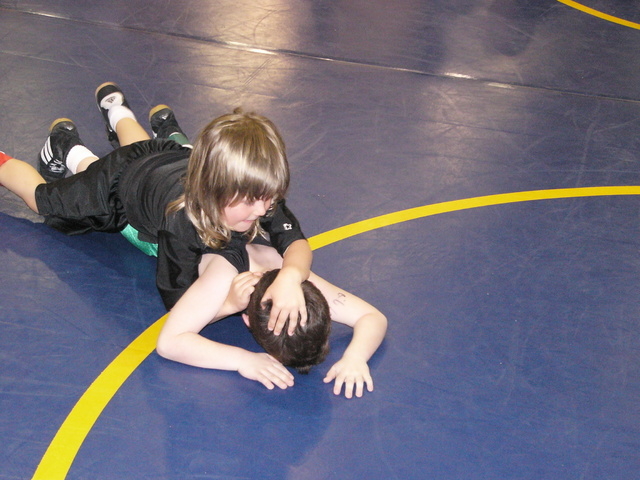 Legendary football coach Vince Lombardi may have said it best, “Winning isn’t everything, but wanting to win is.”

For 12-year-old Dylan Wright of Pahrump, he takes those words to heart which has earned him the accolade of Southern Nevada Wrestling Association “Wrestler of the Week.”

He has also wrestled in other states, including New York, New Jersey, Utah, California and Idaho.

Like other kids his age, Dylan loves video games, Facebook, pizza, hanging out with his friends, but when it comes to wrestling, there is nothing average about him. He ranks in the top 23 percent in the nation.

His mother, Jeanne Wright, feels that her son is doing wrestling to the best of his ability and she likes that about her son.

She also likes the fact that her son participates in other sports, such as football and track.

Jeanne Wright also says her son likes to read novels and do Kendama, a Japanese toy which involves balancing.

His father, Dave Wright, said his son’s record this season was 22-2 and most of his wins were pins. His signature move is a chin whip.

According to his father, his son will be wrestling at 100 or 105 pounds.

His father expects him to grow a lot in the next couple of years in size.

“If my son takes after me, he will be a monster and could get up to six foot five inches tall,” he said.

Pahrump High School wrestling coach Craig Rieger said he is looking forward to having him on the team.

“Dylan has been wrestling for a number of years,” Rieger said. “Dylan and his dad have participated in a lot of high school practices. He enjoys being around the varsity wrestlers and has learned a lot about being tough and their work ethic. They were with us at the state tournament. Great support and in 2 more years it will be Dylan’s turn.”

Rieger is happy to see a middle school wrestler.

“We need more junior high wrestlers. Even if they simply learn the basics early on,” he said.

Dylan Wright says wrestling is a challenging sport. He also said football is his favorite sport. This year he was the quarterback for the middle school team.

“I like the sport of wrestling because it is one-on-one,” he said. “If you make a mistake you have no one to blame but yourself.”

Wright spent a lot of time watching the high school wrestling team this year and said his two favorite wrestlers on the team were Jax and Jace Clayton, who both are state champions this season.

“When I was four years old I was on the same Powerhouse Wrestling team with Jax and Jace,” he said. “I have known those two for a long time and I enjoyed watching them at state.”

Wright will compete this weekend in the Nevada State Championships March 13-15 in Las Vegas with his teammates on the Pahrump Jr. Trojans wrestling team.