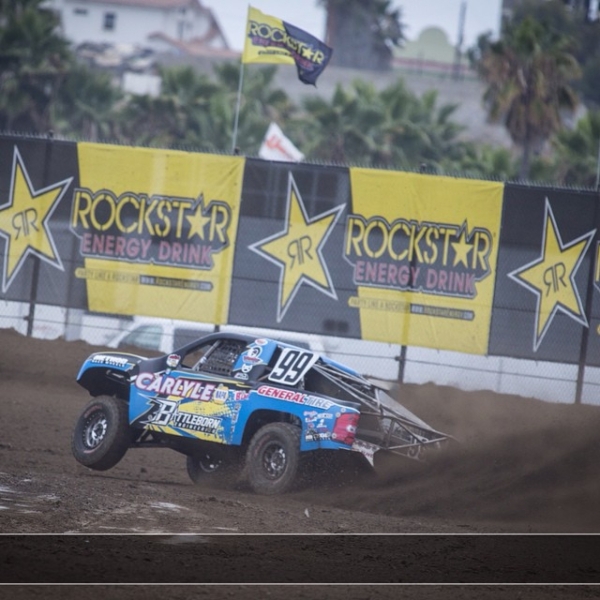 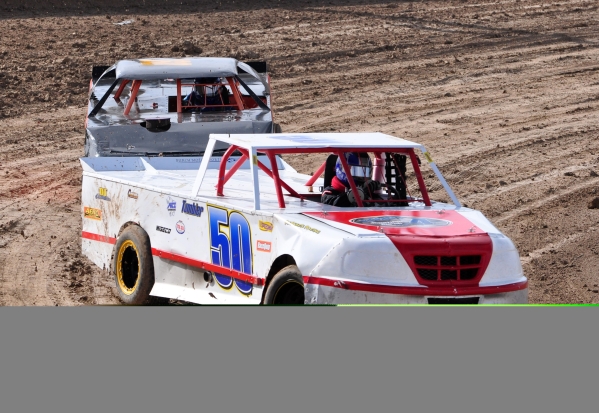 As the fall weather cools us down, things are still hot at the Pahrump Valley Speedway as the final races will determine the season champions.

To add to the excitement, the speedway will have two days of races in a row on Sept. 25 and 26 during the Fall Festival.

According to track operator and promoter Chad Broadhead, no one is safe point-wise, especially going into the two days of racing.

“Really, 100 points is not safe when you have seven races left,” Broadhead said. “During the Fall Festival, anything can happen because it’s two days of racing and you have to keep that engine going.”

This means that the championship race in each class is tight and up for grabs in all classes.

There are a lot of families racing at the track. There are the Pikes, the Shenbergers, the Martins and the Wulfensteins, to name a few. But only a few are actually duking it out for a championship. Of course, the Broadhead family is one of the families at war. Chad Broadhead and his brother, Jabez Broadhead, are in contention for the Hobby Stock championship. Eric Hallett is out in front in this class by only two points as of Aug. 29 with the Broadhead family close behind.

“We rib each other constantly,” Chad Broadhead said. “I want this championship badly but at the moment it’s up to my car. It keeps overheating and we can’t find the problem. It has broken down the last four races. But really we harass each other and it’s all in fun.”

Another family fighting for a championship is the Smotherman family. Dylin Smotherman is currently leading her father, Robert Smotherman, by 6 points in the Mini Stock Class and the lead will get larger because Robert may not be there for Fall Festival. Robert Smotherman said despite the racing it is peaceful at his house.

“When it comes to racing, my daughter and I are close and we love each other very much, and we even hug before the race,” Robert Smotherman said. “My daughter will have the lead, and I do want to win the championship, it will just be more challenging to win it.”

The Modified Class may not have any families dueling it out, but it too is also wide open despite Dan Snowden having a 56-point lead. Snowden was given a three-race suspension for hitting a car on Sept. 12. This means Dan Hatfield, Clifton King and even Jeff Talley can make up some ground.

“I think Dan can weather the storm on this one and still win,” Pike said. “High car counts for the Modifieds will hurt him though.”

Speedway promoter Jerry Buesig said there are a lot of fun things going on during Fall Festival weekend. The Fall Festival parade on Sept. 26 will have 10 cars in it from the speedway.

He also said the track has secured some private funding to up the purse in most classes by $100 at the Fall Festival races.

Buesig was also excited about the point shootout in the Super Stock Class.

“Whoever has the most points in the Super Stocks at the end of the two-day period will win an extra $200,” he said. ” We got a private sponsor to fund that and he did this class because he likes to watch Super Stocks.”

In addition to the normal speedway racing, there will be a special halftime show on Sept. 26 that features off-road racer Robby Woods, who will grudge race a Modified racer to be named shortly. The race will be a 5-lap race around the track.

“It will be a pretty equal race,” Buesig said.

Modified racer Jason Pike is on the side of whoever the Modified driver is.

“The Modified car has at most, 500-600 horsepower, but the driver will have home track experience,” Pike said. “Woods even has an advantage with his tires because they grip better. It should be an interesting race, but I would like to see one more equal, like a grudge match between two other Modified drivers.”