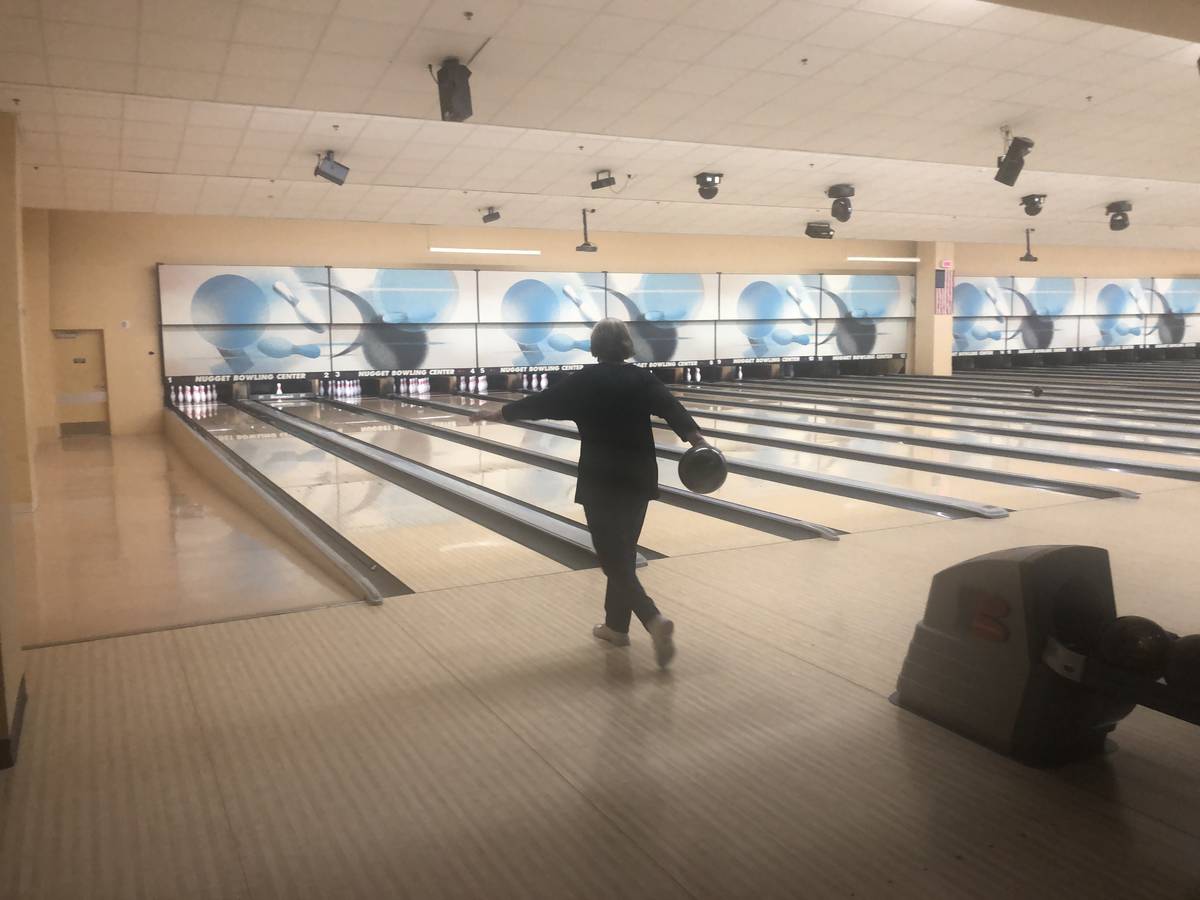 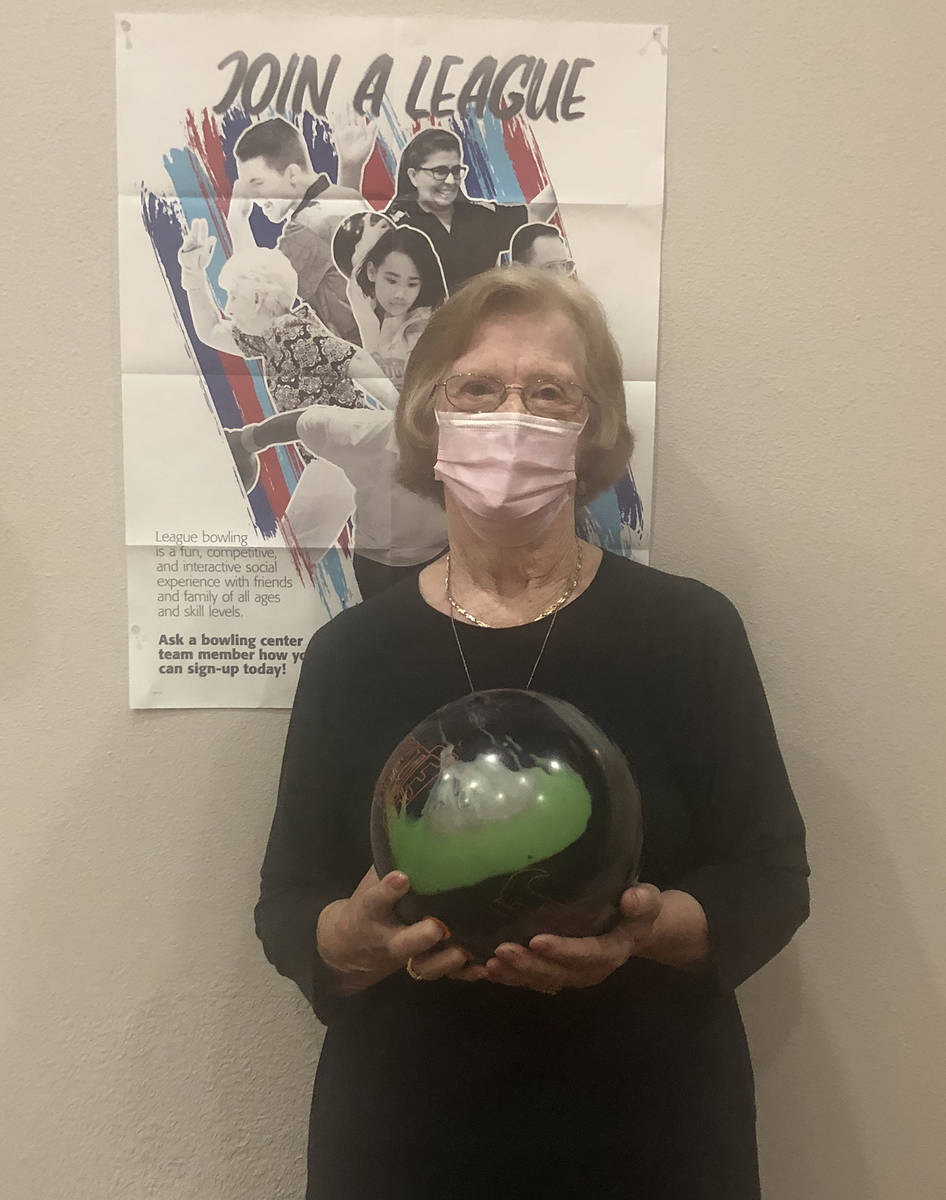 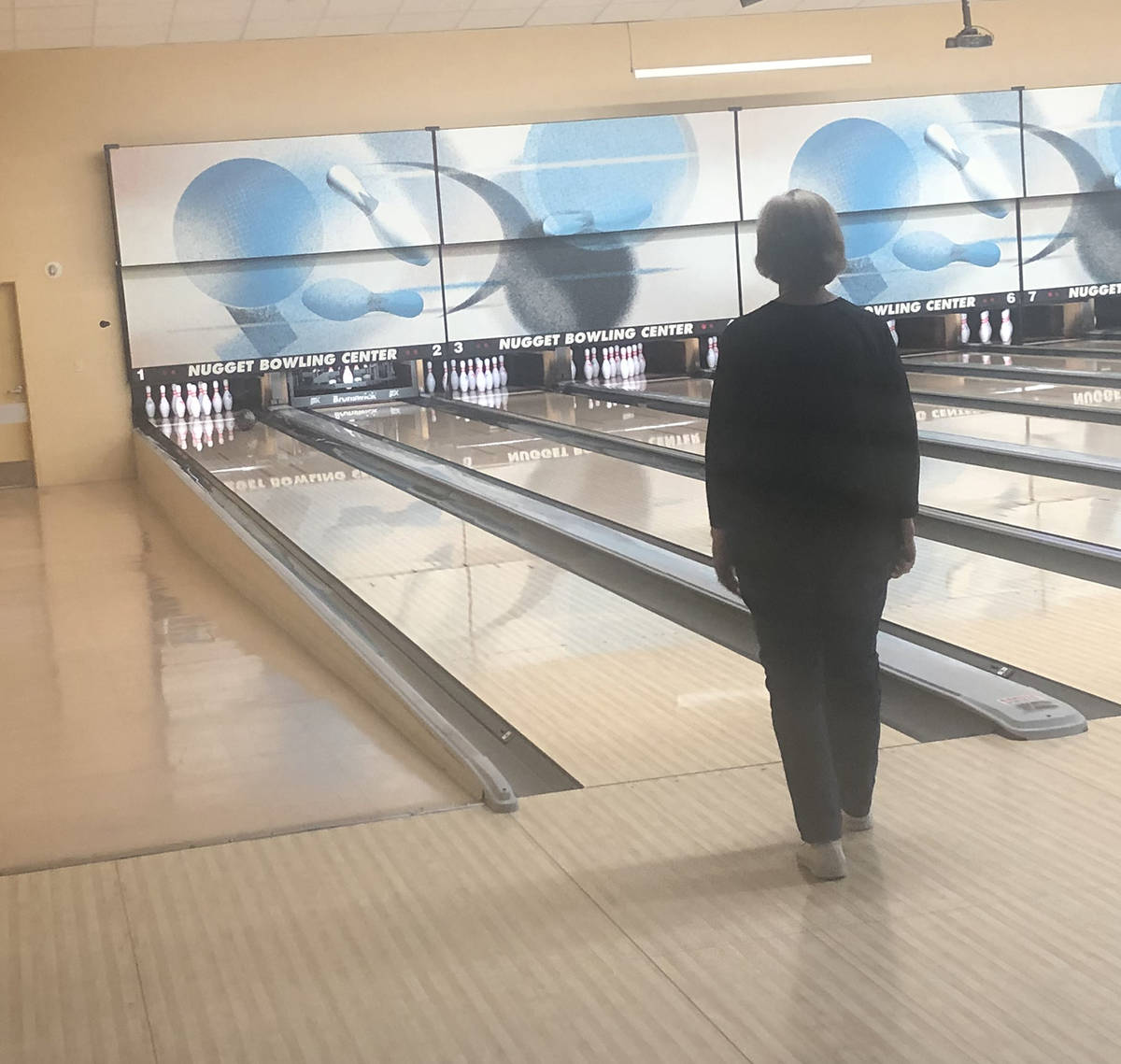 Fronk’s 787 series won the USBC Nevada State Women’s Division 2 Singles championship by 44 pins at Pahrump Nugget Bowling Center. To put that in perspective, there were 20 bowlers who finished within 44 pins of second place.

And Fronk did that bowling her fourth, fifth and sixth game of the day.

“We had already bowled doubles three games, and this was three games of singles coming up,” said Fronk, who teamed with Janet Hansen to place 10th in the Division 2 Doubles competition. “Usually you start getting tired, but I felt really good that day.”

The 25-year Pahrump resident said she had been bowling in the state tournament for 20 years.

“We placed in the money a few times,” she said. “This is the first time I’ve come in first place.”

And she beat out 62 other bowlers to come in first place. Division 2 is for bowlers with averages 154 and below, and handicaps are used during the competition. Division 2 in doubles included those tandems with a combined average below 309.

Fronk’s total pinfall of 2,128 was good for eighth place in the Division 2 All Events category.

Originally from Williamsport, Pennsylvania, Fronk said she has been bowling for 60 years.

“It was a whole different kind of atmosphere then,” she said of women’s bowling. “We kept our own scores, we took care of everything ourselves.”

But bowling was also a way to do things together during the early years of her marriage to husband Jack.

“I started because my husband was in the Navy and we traveled a lot, and that was one thing we did together as a family,” Fronk said.

“They all bowled at one time, but I don’t think they bowl as much as they used to,” she said of her family.

The Fronks were familiar with Southern Nevada when they lived in San Diego, and they moved to Las Vegas when Jack was transferred there. They lived there for 18 years before moving to Pahrump, and Jack Fronk retired after 24 years in the Navy.

“Twenty-five years ago you’re talking about a much smaller area,” Fronk said, but she noted, gesturing to the lanes, “This was here.”

Fronk bowls in a Friday league these days, and she plans to bowl in a Wednesday league in the fall. She also participates in Pahrump Valley Tournament Bowling Club and in Pahrump Valley 500 Club events, but in general she averages one trip to the Nugget’s lanes each week.

“I’m a caretaker for my husband,” she said, as Jack Fronk has mobility issues. “It’s better I’m home a lot of times.”

But the bowling alley is a happy place for her.

“They’re all great,” she said of the other bowlers. “We always have a good time, a lot of laughs.”