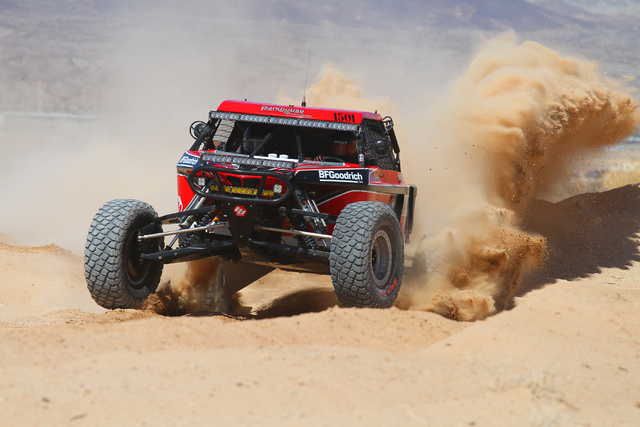 Cody Parkhouse, who was scheduled to run in the Pahrump 250, has withdrawn due to a crash that claimed the life of another driver. Parkhouse is leading the Best in the Desert 1500 class points by just two points, 425 points. He was scheduled to race this weekend to defend his title but was involved in a fatal crash at the Baja 1000. Special to the Pahrump Valley Times

Parkhouse, with 425 points, is leading the Best in the Desert 1500 class points by just two points. He was scheduled to race this weekend to defend his title but was involved in a fatal crash that killed another driver at the Baja 1000. At the Baja 1000 in Mexico, Parkhouse collided with another racer, Mark Luhtala, 48, a SCORE racer who has never raced in Best in the Desert and later died of his injuries.

According to Brian Parkhouse, “This was a racer-to-racer accident that was on the highway in the San Matias area. The race course uses the highway in both directions and Cody was heading west and Mark was heading east. Somehow both left front wheels collided…”

The Parkhouse family said Cody Parkhouse was improving but it’s not known when he will return to racing. Our hearts and prayers are with both families. This is a grim reminder of the dangers that the racers face each time they start their engines.