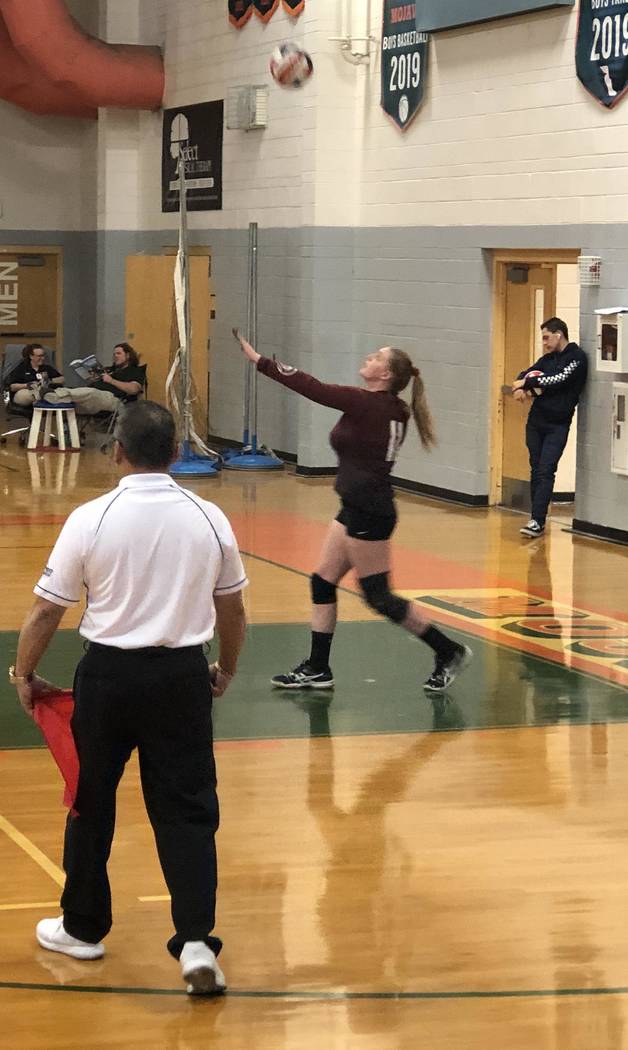 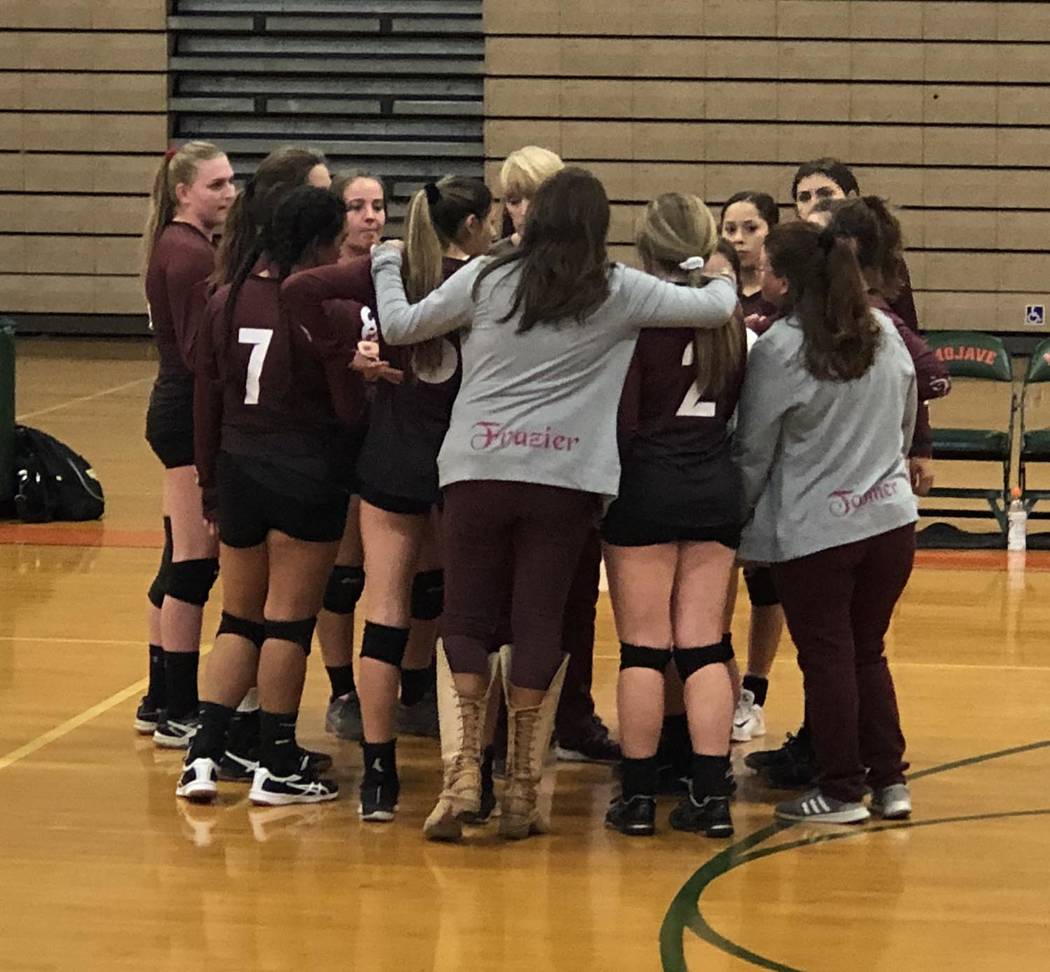 “We had been practicing really well,” she said. “We had a good tournament last weekend. It looked like we were kind of peaking.”

Then it all fell apart.

“Statistically speaking, it was awful,” Harris said. “We didn’t attack. We served 77 percent tonight. To win a match, you’ve got to be serving 93 or better. The first set we were fine.”

The first set was a back-and-forth affair much of the way, and Harris was on the mark when she said they started the match serving well. The Trojans did not commit their first service error until it was 14-14.

They did not commit another one the rest of the set, but they only served one more time. The Pirates scored 10 of the last 11 points of the set, including three strong kills from senior Abbie Evans. And when Andalin Hillstead finished a streak of seven consecutive service points with an ace, Moapa Valley had a 25-15 win.

The second set also was very competitive, but this time it was because both teams were sloppy. Neither team had more than two consecutive serves until it was 7-6 Pirates, and by then the Trojans already had 3 service errors. But a Moapa Valley error pulled the Trojans within one at 9-8, but it was all Pirates after that.

To add insult to injury, the final point of the set was an extreme bit of luck, as the Pirates were on the defensive before lunging shot headed toward the net. The ball rolled along the net and bounced on the Trojans’ side for the final point of a 25-11 set.

Not that the Pirates were in need of luck, but they also managed to win a point despite one of their passes hitting off of the basketball backboards suspended high off the ceiling.

“We didn’t attack like we’ve been doing,” Harris said. “We didn’t have the assists. There isn’t one person you can look at and say it was their fault. The whole team was pretty flat. I don’t know, it’s just frustrating.”

Harris called two timeouts during the second set and another early in the third, but nothing seemed to get the Trojans back on track.

But Harris said the Trojans’ issues made the Pirates look better than they played.

The third set was the only one that saw the Pirates get off to a quick lead, jumping out to a 7-1 edge. But the Trojans rallied to within 8-5 before Moapa Valley took over. The Pirates scored 8 of 9 points to take control, traded points for a few minutes and then won the final 5 points for a 25-11 win.

“Defensively, we did not read their hits well at all, and that crushed us,” Harris said. “Then you throw in when we get big plays and get the serve, and we miss it. I don’t think we ever served that poorly. That is the biggest rally killer. It takes all of your momentum and flushes it.”

While the errors were obvious, Harris pointed to another, less obvious factor: lack of enthusiasm after solid points, such as when senior Kylie Stritenberger registered a kill with authority.

“Kylie ripped that one right there, and it was just a pat on the back,” she said. “They don’t get up and get intense about riding the wave. You watch the good teams, and they’re celebrating that sort of thing, and we don’t. I don’t know why. It frustrates me, but it is what it is.”

While this season ended a bit earlier than anyone had expected, next season looks promising for the Trojans. Three seniors — Kaden Cable, Maddie Hansen and Stritenberger (Harris singled out the latter for maintaining her intensity against the Pirates) — will be leaving, but a large turnout this year and a lot of experience coming back points to good things going forward.

“We’re going to need a confident setter,” Harris said, as Hansen played that role this season. “We’re going to have to look at sending some kids to setting camp this summer.”

Erasing the memory of their season-ending match will require some work, too.

“We just looked a half-step off on everything,” Harris said. “Just frustrating.”