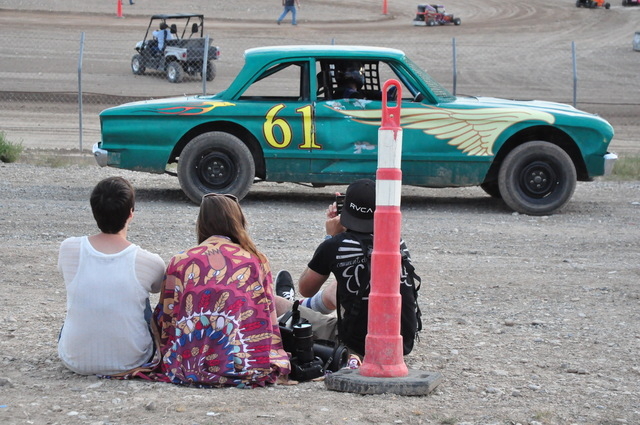 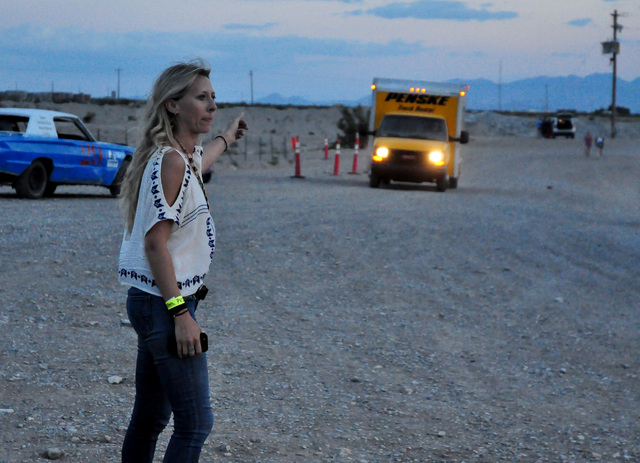 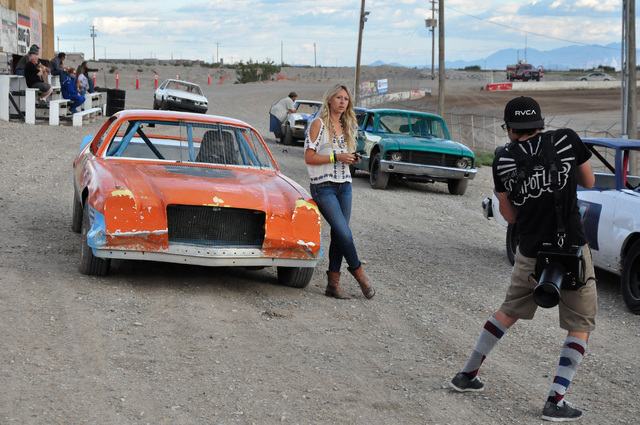 It was movie day at the Pahrump Valley Speedway as a movie production company called Romeo Sampson Pictures was there on Saturday filming a movie called “Poor Boy.”

An average crowd showed up to see the movie made and the production crew tried to stay out of the racers’ hair. According to Chad Broadhead, promoter and operator of the speedway, it seemed like there were more movie people there than fans.

Eric Shenberger raced in his Super Stock and said the movie didn’t phase him.

“I think our race was delayed only 16 to 20 minutes as they did some shooting with the Coupes,” he said. “Other than that everything was normal.”

It was as normal as could be, but despite shooting a movie the crowds were down.

According to Shenberger a lot of the racers were in Tonopah for Jim Butler Days.

“Most of the Modifieds were up in Tonopah for the $1,000 purse,” Shenberger said.

Broadhead said he was not that impressed with Hollywood.

“They were shooting forever,” he said. “I was there from the time the track opened, until 4:30 a.m. when they finished.”

He said the production company came in like they owned the place.

“They took control of everything, including my own car,” Broadhead said. “They used my car in a shot and revved up the engine so much that when I raced it the distributor cap wire came off in the race and I went from first to last place.”

Broadhead said he got to experience movie magic firsthand. The director worked his magic in the pit area in the back, where they had staged a fight between two young ladies.

“The fight scene was so real that my security raced over there thinking it was a real fight,” Broadhead said.

In addition to that, the director of the film wanted a “real reaction” from the Pahrump drivers, who were acting as extras so he staged the fight so that the girls were not wearing underwear under their skirts. The Pahrump race drivers got more than they bargained for and threw up their arms and screamed.

“It was just the reaction that the director wanted,” Broadhead said. “This will definitely be a movie for adults.”

Although Broadhead wasn’t too impressed by all the hoopla, he did say it was good for Pahrump.

“Many of the fans enjoyed being extras,” he said. “They used a lot of people in the movie from Pahrump and shot a lot of scenes of the racetrack. I think people will enjoy seeing the film when it comes out next year.”

According to Kristin Mann, the movie’s producer, the film is about two misfit brothers that hustle and scam their way through Southern Nevada.

Mann said the movie is scheduled to wrap on May 29 and will be out in film festivals throughout 2016.