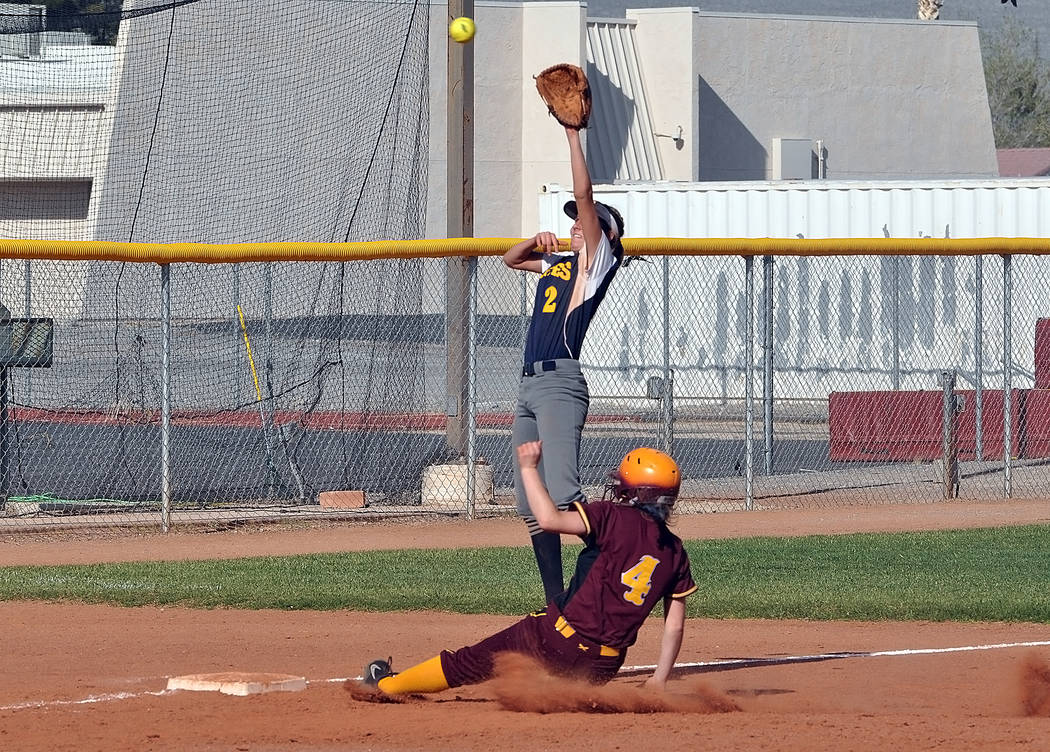 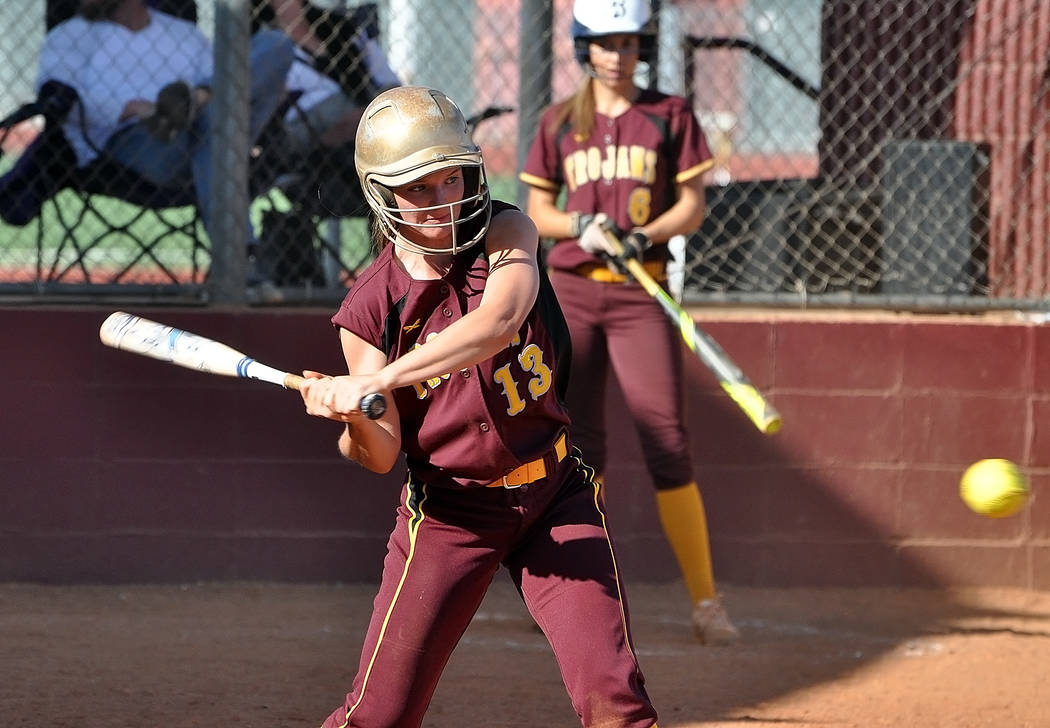 Tuesday’s 3-1 loss to Boulder City might have said more about the Pahrump Valley softball team than many of their wins.

The Trojans had a strong outing by pitcher Amaya Mendoza, scratched out a run in the top of the first and played strong defense in their final game before league play begins Monday.

In a game featuring teams that could meet in the postseason, Summer Coyle hit a dramatic three-run home run in the top of the seventh inning to boost the visiting Eagles to a 3-1 victory over the Trojans, who had led 1-0 since the first inning.

“The defense was great. I was telling them that if they played defense like that at Majestic they would have been 5-0,” said Pahrump Valley coach Eli Armendariz, referring to the 44-team tournament at Majestic Park in Las Vegas last weekend.

The Trojans opened the bottom of the first inning by scoring without a hit. Ashleigh Murphy led off by reaching on catcher’s interference, stealing second, taking third on a passed ball and scoring on a groundout to shortstop.

And that’s the way it stayed for a long time. The crisp, fast-moving game remained 1-0 inning after inning, as Mendoza tamed the Eagles until the seventh.

“She was in command the whole game,” Armendariz said.

Unfortunately, Boulder City’s Bailey Bennett-Jordan was outstanding as well, tossing a four-hitter. Through six, Mendoza allowed five. Then it all unraveled, and quickly.

Senior Lily Osman opened the top of the seventh with a double to the fence. Ashley Wishard followed with a single past shortstop, with Osman appearing to interfere with the defender on her way to third but no call was made, drawing the ire of Armendariz.

But Osman was erased on a perfectly executed defense against the double steal. With Wishard heading toward second, Osman wandered indecisively off third, and the Trojans recorded a big pickoff. For the moment, momentum seemed to be back on their side.

Wishard held at second on a fly ball to left field, and Pahrump Valley was one out away from a big victory against a team with a winning record. But Coyle was having none of it, belting a 2-2 pitch over the fence in center field for a dramatic three-run home run.

The stunned Trojans brought the tying run to a plate when a collision in the outfield allowed Samantha Riding to reach second base. But Bennett-Jordan got a strikeout to end it.

Now Pahrump Valley takes a 10-7 record in Sunset League play, where they went 10-0 last season and are expected to do well again. But the league’s overall lack of strength offers some concerns to Armendariz, who rightly worries about his team’s mental approach against inferior competition.

“We go against a team like Desert Pines, which hasn’t won in three or four years, and we’re like, ‘OK, we’re here. Roll over,’” he said. “We can’t do that. We’ve got to go and take care of business right from the get-go.”

Only four of the Trojans’ remaining 14 games will be nonleague contests with Legacy, Bonanza, Sierra Vista and Durango on the schedule. All four are road games.

Before any of those bus rides, Pahrump Valley opens defense of its Sunset League title Monday at home against Mojave.