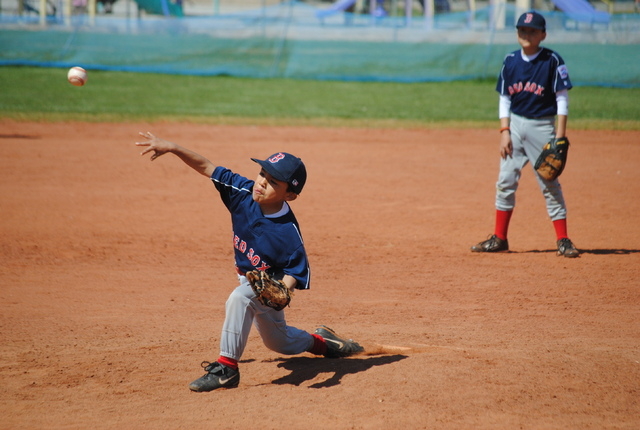 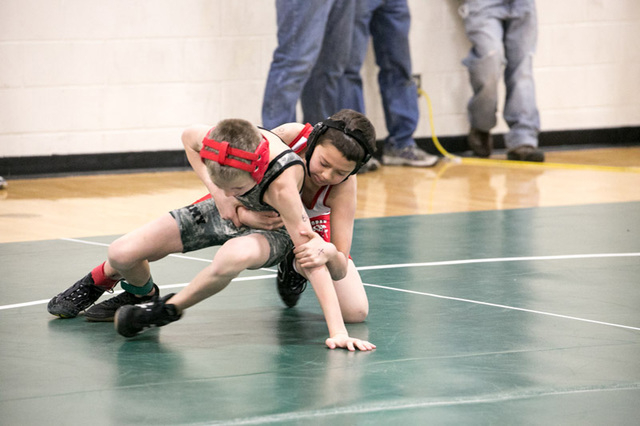 Back in the day Johnny could go play Little League for $50 and people complained then that it was too much to pay.

The cost of youth sports is rising across the nation and there seems to be no end in sight. How does Pahrump fare in the scheme of things? What is the benefit for our town?

Football is one of the most costly sports to play because of the nature of the sport, but in Pahrump it leads the way in keeping the cost low for parents.

Pahrump does well at keeping costs down for parents according to Dave Wright of Pahrump Pop Warner.

If one were to travel to Southern California to the beach towns, one would find Pop Warner football costing from $400 in Huntington Beach to nearly $500 in Palos Verdes.

“I don’t set the price, Vegas does,” Wright said. “Vegas and Pahrump have a lot of kids where the parents don’t have a lot of money. So I know they get a lot of corporate sponsors that either help sponsor or buy equipment.”

According to Wright the basic fees cover equipment, insurance, plus the field. He said the field cost came into play when schools started seeking money from organizations that make money off their fields.

“Equipment costs are tough and you have all the equipment that needs to be certified in football,” he said.

Wright says people have to watch what organization they give their money to. He said the good thing about Pop Warner is it has a long history (around 50 years of doing business).

“A lot of organizations look great on the surface. They say it is only $100 to play. Then when you join you have to buy your own equipment or there are no games because the guy takes off with your money. In Vegas too, these guys make all these promises and they don’t realize they have to go through parks and recreation to get a field. Here in Pahrump it’s a little easier working with the high school,” Wright said.

The key to keeping the cost of football down is fundraising and sponsorship’s. Some of the kids benefit from businesses who donate so that kids can play. In addition, Pop Warner has a raffle system. When kids sign up the parents receive up to $200 in raffle tickets.

“I have businesses in town who pay for a child to play. Also you sell all those raffle tickets for a dollar and if you can hustle a bit your kid plays for free,” Wright said.

Mark McDaniel seems to have the trust of his parents. He runs a small club team that seeks Little League type tourneys in the off-season. He said his team charges by the tournament. If the tournament is $600 and the team has 10 kids, then the fee is divided by 10. He said hotel costs and food must be paid by the parents. This year his goal is to do 10 tourneys by October. What saves the parents from paying out a lot in fees is fundraising.

Holly Wright says her organization, Pahrump Youth Softball, keeps the fees down through the fundraising and the concessions also, but softball is affected by numbers.

“We just don’t have as many people as Little League, so this means we have to travel to Vegas for some of our games, “Wright said.

“I think we are also seeing at the high school the benefit of Pop Warner. The seniors this year are the first group that started out at 5 with Joe Clayton. He is not having to waste time on basics. Prior to that they were teaching them how to get into a stance,” Dave said.

He said Pop Warner will also follow the lead of the middle school football program and introduce the high school terminology to the younger kids. Successful football programs like Pahranagat Valley, who has won six state titles in a row, have done this also.

The biggest benefit of quality youth sports in the valley is it keeps the youth active and gets them involved in something that builds character. Sometimes the competitiveness of the sport takes over and it is easy to lose sight of this simple goal.

Of course, it is good to have a master plan and if that plan still holds true to the overall benefit of improving our youth through sports, then by all means continue.