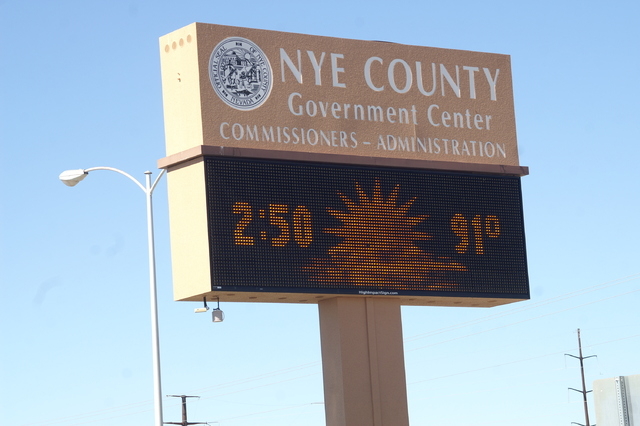 The Pahrump Valley Trojans played Western two weeks ago and the game temperature was nearly 100 degrees. Most of Las Vegas was caught up in triple-digit temps for the entire week and into last week, but the games continued.

Unlike schools in Southern Nevada, Los Angeles has a low tolerance for heat. Two weeks ago on Monday schools in one of the nation’s largest school districts, Los Angeles Unified School District, canceled all outside sporting events because the temperature reached 100 degrees.

Can you imagine if our schools out here had the same criteria?

Trent Cornelius, the coordinator at LAUSD for interscholastic athletics, said the district made the decision to protect the safety of all students.

Cornelius said this happens in Los Angeles once or twice a year.

This meant that the district had to reschedule 23 tennis, golf and water polo matches.

The Athletic Director for Birmingham High School, Rick Prizant, thought the whole thing was ridiculous. “We had to reschedule a water polo match and I thought it was silly we had to cancel it,” he said.

Prizant said games were canceled due to triple-digit temps in the valley areas of Los Angeles but he felt this did not need to be done district-wide where some schools in San Pedro are near the coast.

Nye County School District Superintendent Dale Norton said Nye County does not have a temperature where sporting activities would be called off.

High school athletes in Southern Nevada are better prepared for the heat. Prior to playing fall sports the Nevada Interscholastic Activities Association requires a heat acclimatization period for football. This period of almost two weeks gradually gets the players used to the summer heat. The NIAA recognizes that prevention is the best way to avoid exertional heat stroke. Prevention includes educating athletes and coaches about the heat.

According to Trojans Athletic Director Ed Kirkwood, all fall and spring outdoor coaches receive training on dealing with the higher temperatures in this area. He feels all coaches in the area are well versed on the heat and even the athletes know more about it than athletes who normally don’t deal with extreme temperatures.

Kirkwood was not surprised that Los Angeles did what they did. “I coached in New Jersey and we never had any training on heat during the fall. I come out here and the athletes seem to know more about it. They come prepared with water and sun-screen. The New Jersey kids may come with suntan oil for a tan and that’s about it. All the coaches involved in outdoor sports take a class in recognizing heat exhaustion,” he said.