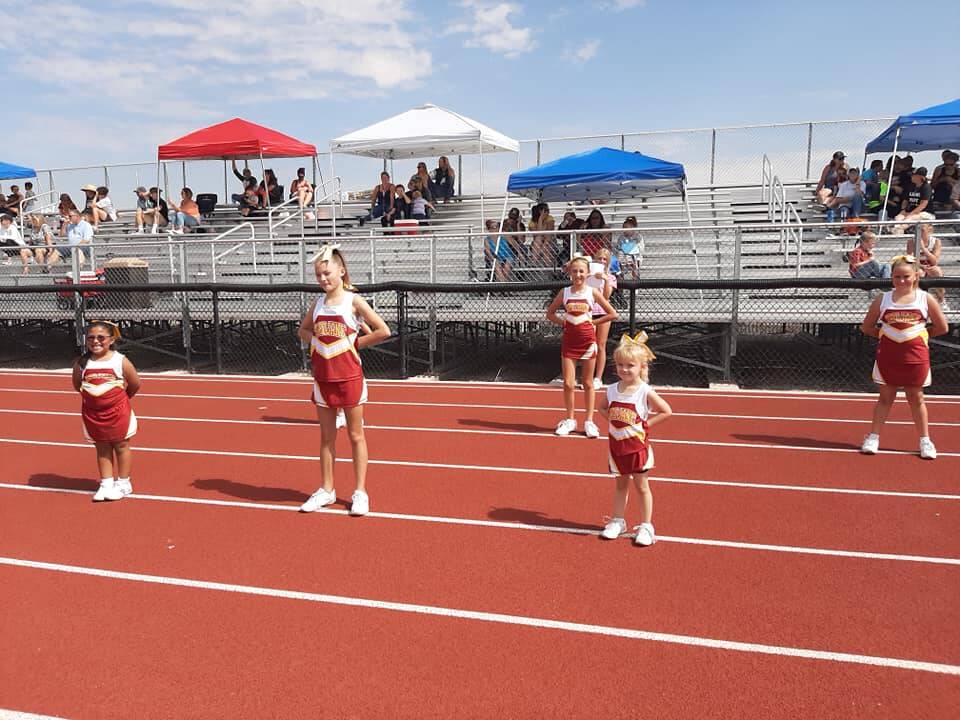 The Junior Trojans cheer squad is back in season after having to take the 2020 season off due to the coronavirus pandemic.

The cheer squad is a nonprofit organization that is part of the Pahrump Youth Sports league. Their seasons occur in the fall and run from the first week of August until the end of November each year. They cheer each Saturday at Junior Trojan football games in the Pahrump and Las Vegas areas.

The cheer squad puts on their own fundraisers through various ways. They currently have a GoFundMe page running, which you can find by searching Junior Trojan Cheerleaders on GoFundMe.com, to help raise money for their season. This page will be up until the end of the season.

On top of the GoFundMe, the cheer team also held a car wash in September to help raise funds and will be holding a cake auction on Sunday, Oct. 24 from 4-6 p.m. at the Bob Ruud Community Center. All funds raised will be going toward the kids and their cheer squad. The auction will be open to the public.

All proceeds received from the fundraisers go directly to the team and are used for a variety of different things, including: paying league fees for the team, purchasing personalized sweatshirts for each cheerleader, purchasing pom poms and bags for the cheerleaders to carry their uniforms in and some of the funds are also used to help the kids who may not be able to afford the uniforms for the season.

This year, the cheer coach, Mary Wilson, would like to get enough funds to be able to cater their end-of-the-season banquet that is put on each year.

“We usually do a potluck for that,” Wilson said. “But this year we’re looking to cater it. We didn’t get a season last year because of COVID. We tried, but we had to cancel it. So this year we’ve been trying to make up for that.”

In the past, the cheer squads have put on shows at the senior center in Pahrump and Wilson is hoping to get the team more involved once again in community events as soon as the pandemic calms down.