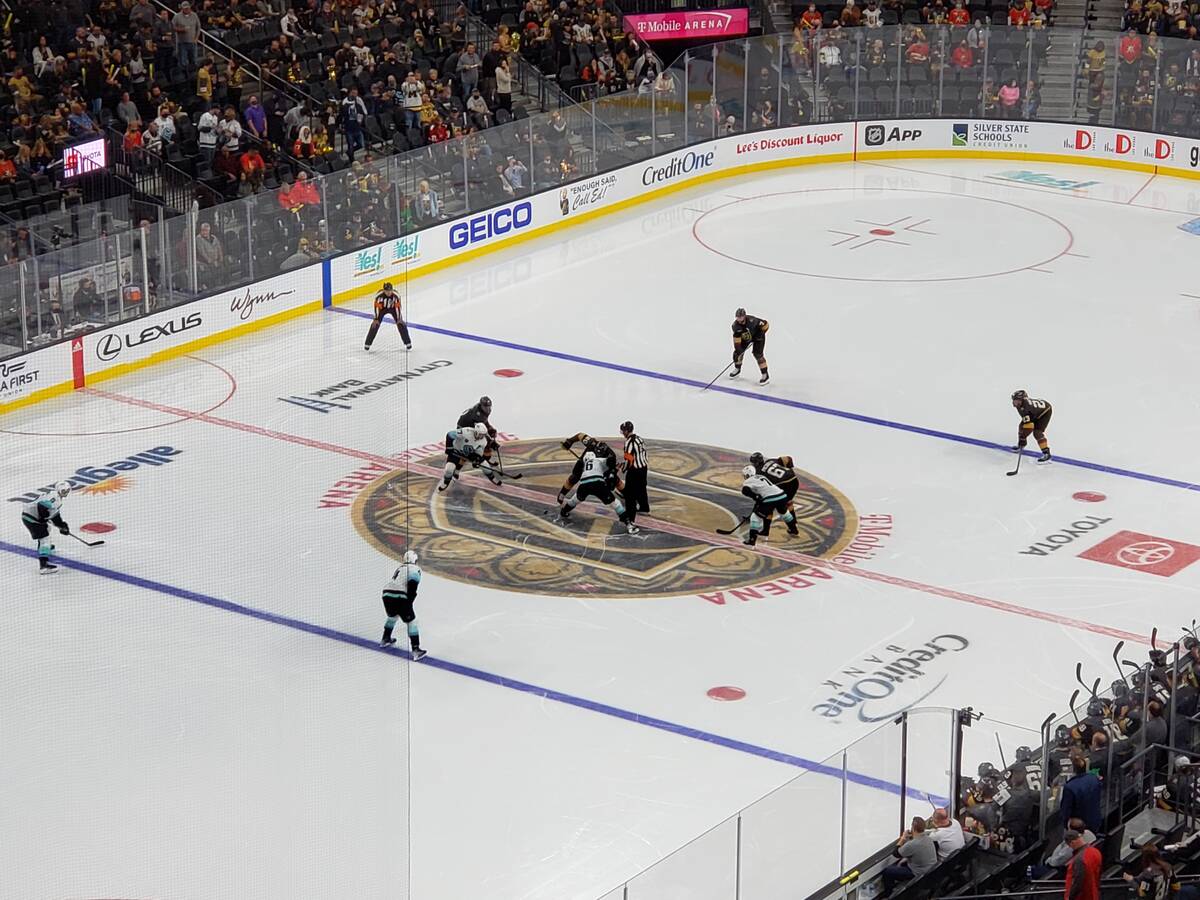 Danny Smyth This season is the first the Vegas Golden Knights are running without Marc Andre-Fleury as goaltender.

This was the first game in the Seattle Kraken franchise’s history. It was only fitting that they opened their inaugural season against the most recent expansion team that the National Hockey League had.

The team that was chosen to move divisions was the Arizona Coyotes, who have been a part of the Pacific Division since the 1998-99 NHL season. The Coyotes will now be playing in the Central Division of the Western Conference.

This game was also the start of a new era for the Golden Knights and their fanbase. This is the first season of Vegas’ young franchise history that they won’t have Marc Andre-Fleury in goal. He had been with the team since they acquired him in the 2017 expansion draft.

Fleury was traded during this past offseason to the Chicago Blackhawks. There was a lot of speculation that he might have retired if he were traded, however, once the trade went through, he confirmed via social media that he will be playing for Chicago this season.

The new goaltending duo will be that of Robin Lehner and Laurent Brossoit. Lehner has been splitting time with Fleury over the last two seasons and Brossoit was brought in from Winnipeg over the summer.

Alright, enough of the buildup to the season. Now let’s get to opening night.

Vegas got off to a bit of a slow start. The Kraken were able to control the puck and apply pressure in the offensive zone right away. The Golden Knights were forced into one of their three penalties just 30 seconds into the game. In great VGK fashion, they were able to withstand the pressure and kill off the penalty.

“You always want the first goal, especially in home building,” Vegas Golden Knights head coach Pete DeBoer said. “Had they scored on that first shift, it’s a little deflating for the entire building. I thought it was critical for us to get out to the lead.”

Jonathan Marchessault scored the second goal in the first period for the Golden Knights. He faked out Philipp Grubauer and was able to score on a beautiful wrap-around goal.

After Vegas was able to get a third goal early in the second period to go up 3-0, Ryan Donato got the Kraken on the board with the first goal in Seattle’s franchise history. Just over a minute later, Jared McCann would add another goal for the Kraken to cut Vegas’ lead down to one, 3-2.

The Kraken would tie the game at 3 with just under 12 minutes left in the third period on a wrister by Morgan Geekie, who was able to sneak the puck just over Lehner’s shoulder. Following the goal, Geekie celebrated in front of the Golden Knights’ bench, which ticked them off. Thirty seconds after the Geekie goal, Vegas was able to get back on the board with a very controversial goal.

Chandler Stephenson scored on a centering pass from Stone. The goal was a tad controversial because Stephenson used what looked like a kicking motion to get the puck into the net. However, after reviewing the play, the refs said that Stephenson only redirected the puck and didn’t make an actual kicking motion to score. The goal stood, the Knights took the league and the Kraken were introduced to how it feels to get the short end of the stick.

“I thought our top two lines were exceptional and we needed them to be,” DeBoer said. “We had some young guys in there, some inexperienced guys. We had to really lean on the big guys.”

By the time this article comes out, both teams will have played their second games of the season on Thursday, Oct. 14. The Kraken traveled to Nashville to take on the Predators and the Golden Knights traveled to Los Angeles to take on the Kings.