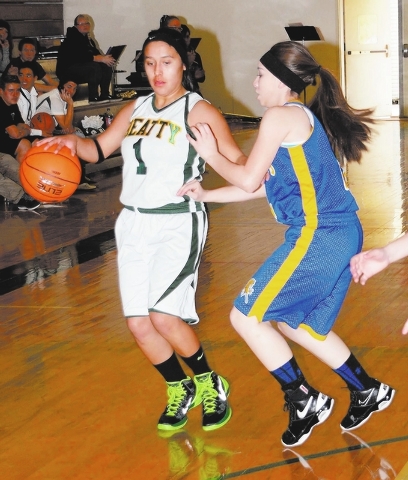 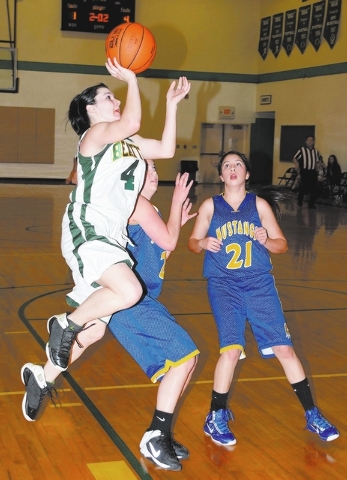 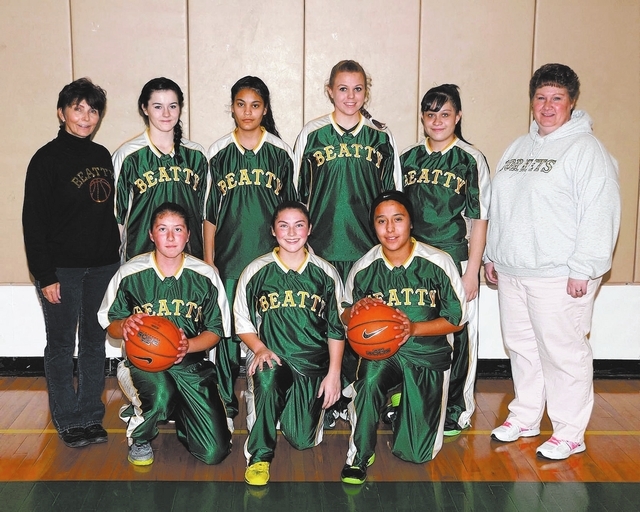 The Lady Hornets came out on top of Lund last Saturday at home in a big way, 40-17. The Hornets have been trying to get everything in sync for league and it seemed to all come together for them against Lund. The girls are 2-4 overall going into league play this weekend.

This week the Hornets play three teams, Beaver Dam, Word of Life and Tonopah. The Tonopah game will be in Tonopah and is always charged with emotion. The Beaver Dam game was played on Tuesday too late to report on and was their last preseason action before starting league play.

Hornets Coach Aimee Senior was pleased with the Saturday game.

“They played well on Saturday, but got off to a slow start. In the first quarter, the score was only 8 to 4. We put a full-court press on, when we remembered, and we executed it pretty well. When Lund pressed us, we got through it to score some quick lay-ups and so Lund pulled the press off,” she said.

Defensively and offensively Senior believes her team’s rebounding needs work. She said they will be working on this during practice, so the team will be ready for Tonopah. Against Tonopah, the coach wants her offense to be getting second-chance shots.

As far as shooting, Senior said her team did well.

“We shot pretty well, but still need to work on it. We need to work on shooting when we get the rebound and go right back up and make them. We drove the ball well and had some fast breaks and steals that put us in the lead,” she said.

The score at halftime was 20 to 8 and it was a good lead, but she knows her team often tends to sit on a lead. She wants the team to have a more of a killer attitude and learn to put the other team away in the second half.

“We sometimes come out in the second half asleep, so I told them they needed to come out and play like it’s the beginning of the game, although our first quarter was a not a good start. We pulled the press off because they were sending all their players down court and we haven’t worked on that, so we had a hard time adjusting to that. Lund was breaking our press with that adjustment,” she said.

To beat Beaver Dam, Word of Life, and Tonopah this week, Senior said her team needs to continue to go to the basket, work on continuing to drive the ball in to make the short shots, of course the girls need to keep putting the ball up after getting the rebound and finally boxing out. Specifically, Denise Gonzalez, Alexi Gil, and Maggie Cathcart need to continue the hustle. They are doing a great job anticipating the steals, chasing loose balls, and driving to the basket. Christina Thompson is working on making more of her shots and she plays great defense. Claudia Granados had a great game. She shot a lot and got rebounds and went right back up. Now, she needs to get a little more physical under the basket and get more rebounds.