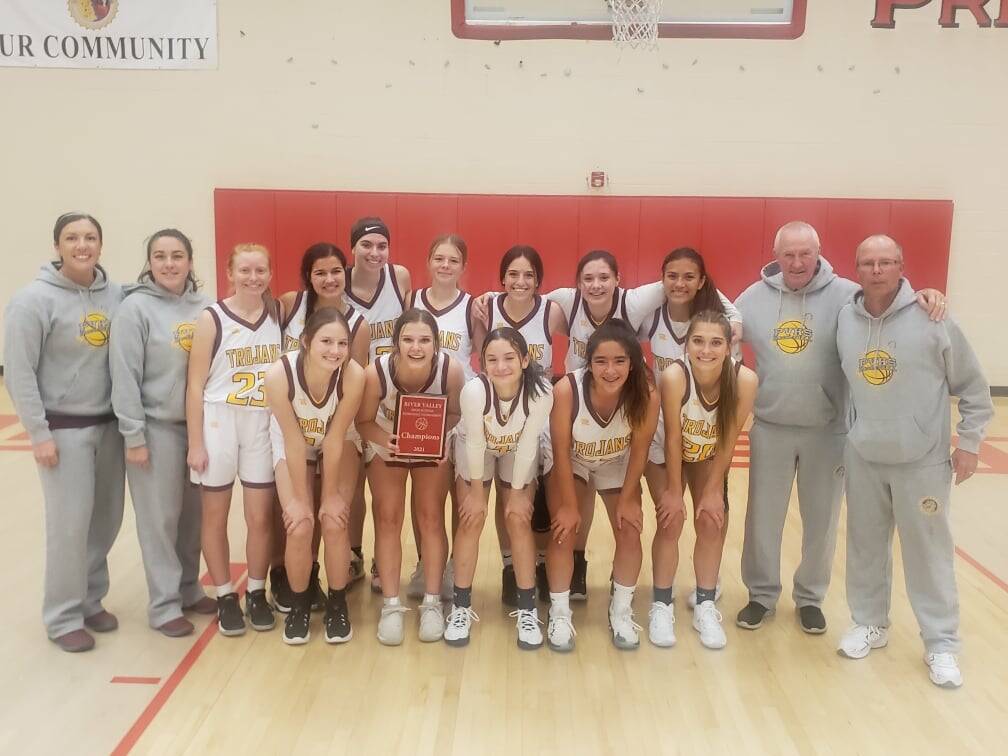 The Pahrump Valley girls basketball team is now 6-0 on the season after they swept a tournament over the weekend.

In the five games of the tournament, the Trojans outscored their opponents by a combined score of 232-111.

In their opening game, Pahrump won by 53 points after allowing just five points to the Laughlin Cougars. The Trojans spread the scoring around throughout the team. Their highest scorer was sophomore Taylor Brown with eight points.

The defense was smothering for the Trojans. They had 29 steals as a team and were led by senior Tayla Wombaker, who had seven of her own.

Pahrump had a different leading scorer in four of the five tournament games. The only player who led the team in scoring twice was junior guard Adryanna Avena. She led the Trojans in scoring with 12 points in their win against River Valley and had 15 points in the team’s win against Needles.

The other leading scorers for the Trojans’ offense were Wombaker with 16 points against Odyssey Institute and sophomore forward Kailani Martinez with 15 points against Lincoln County.

The last game of the tournament was the closest game for the Lady Trojans. They defeated the Lynx of Lincoln County by just one point, 49-48, thanks to two clutch free throws made by sophomore guard Paris Coleman in the final minute of the game.

Pahrump’s next game was on Tuesday night. Head to either MaxPreps.com or NevadaPreps.com to see how they did against the Somerset Sky Pointe Eagles. The Trojans have five more games, including a tournament, to be held on Monday, Dec. 20, before taking a break for the holidays.

Following Tuesday’s game, the Trojans’ girls next game will be held on Thursday, Dec. 9, at Coral Academy in Las Vegas. Tipoff for that game is scheduled for 6:30 p.m.