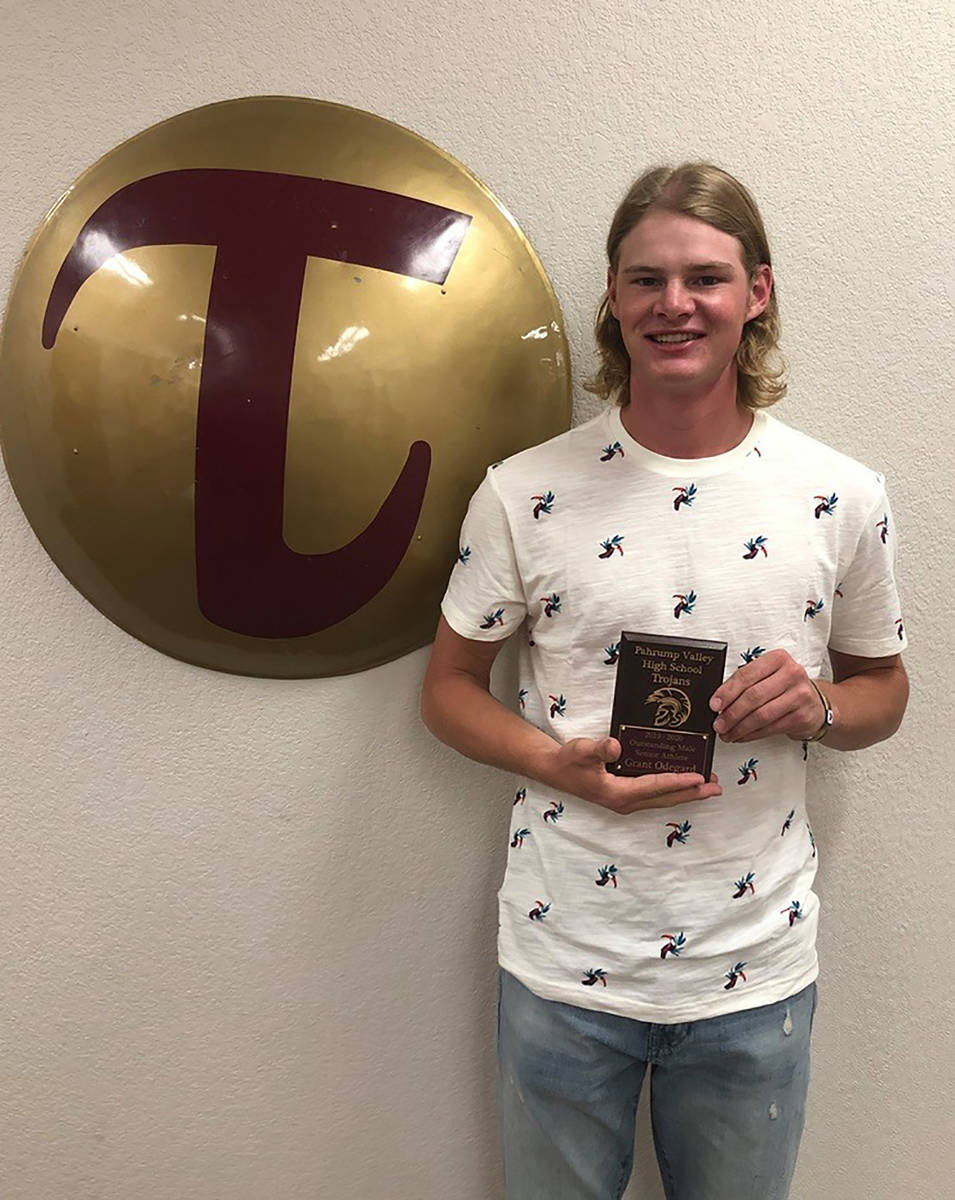 Special to the Pahrump Valley Times Grant Odegard, who runs cross country and track and plays basketball, has been named Pahrump Valley High School's senior male athlete of the year. 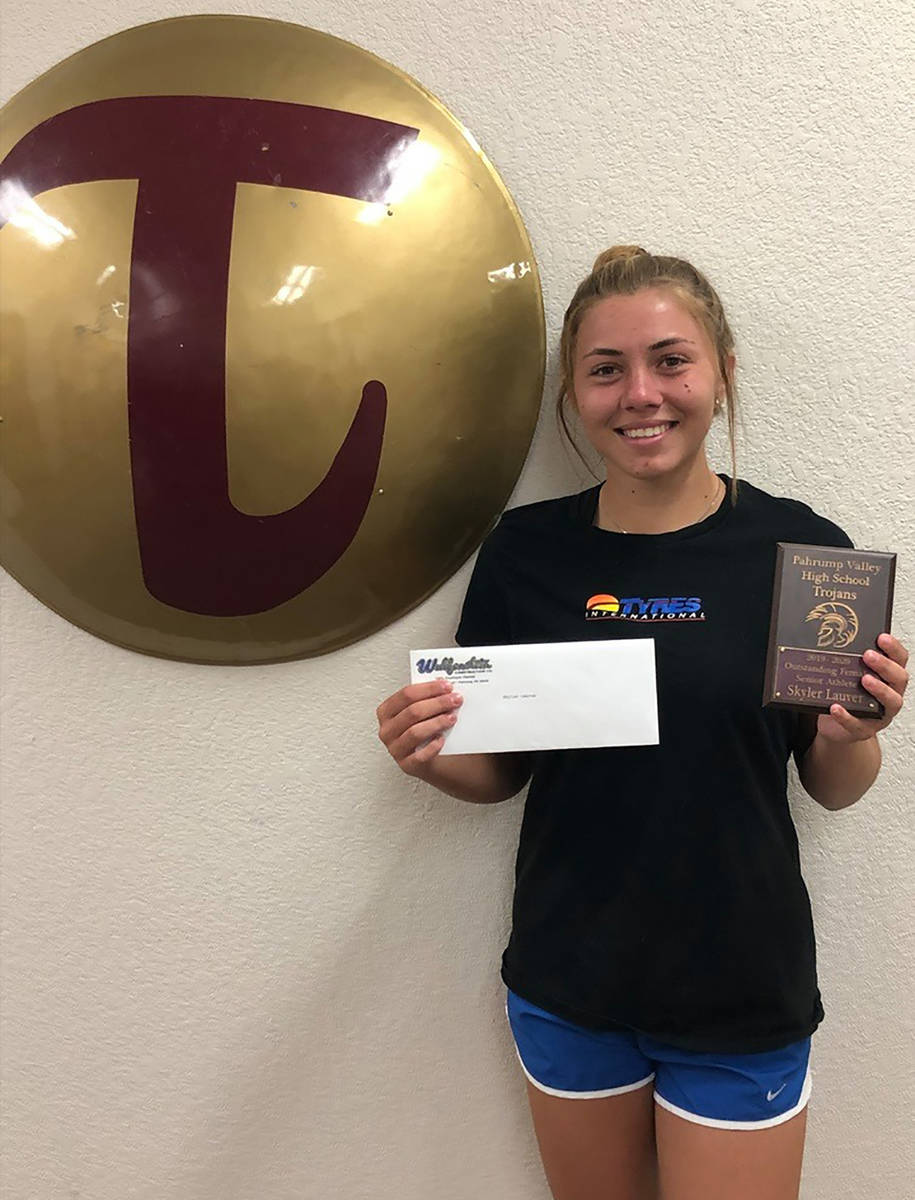 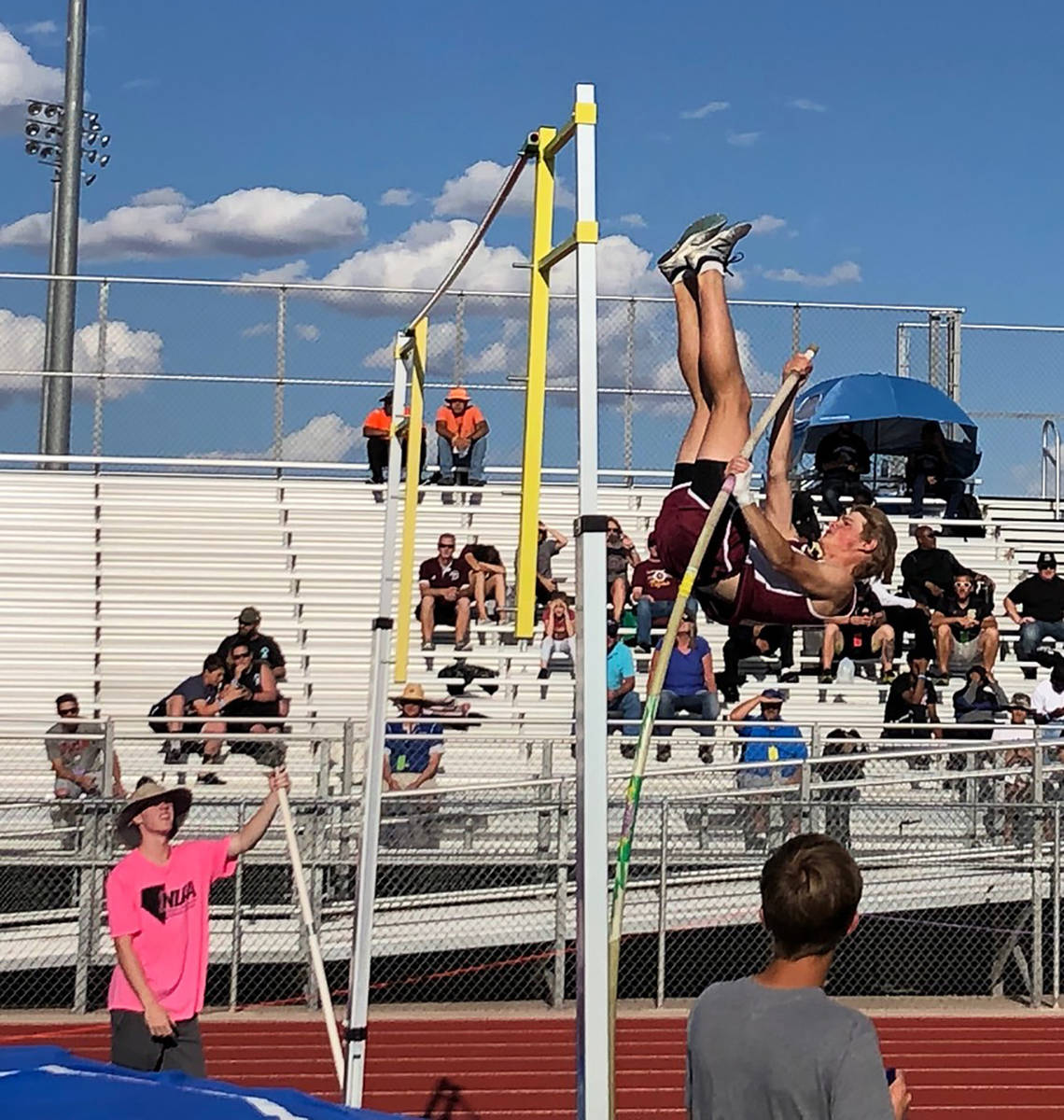 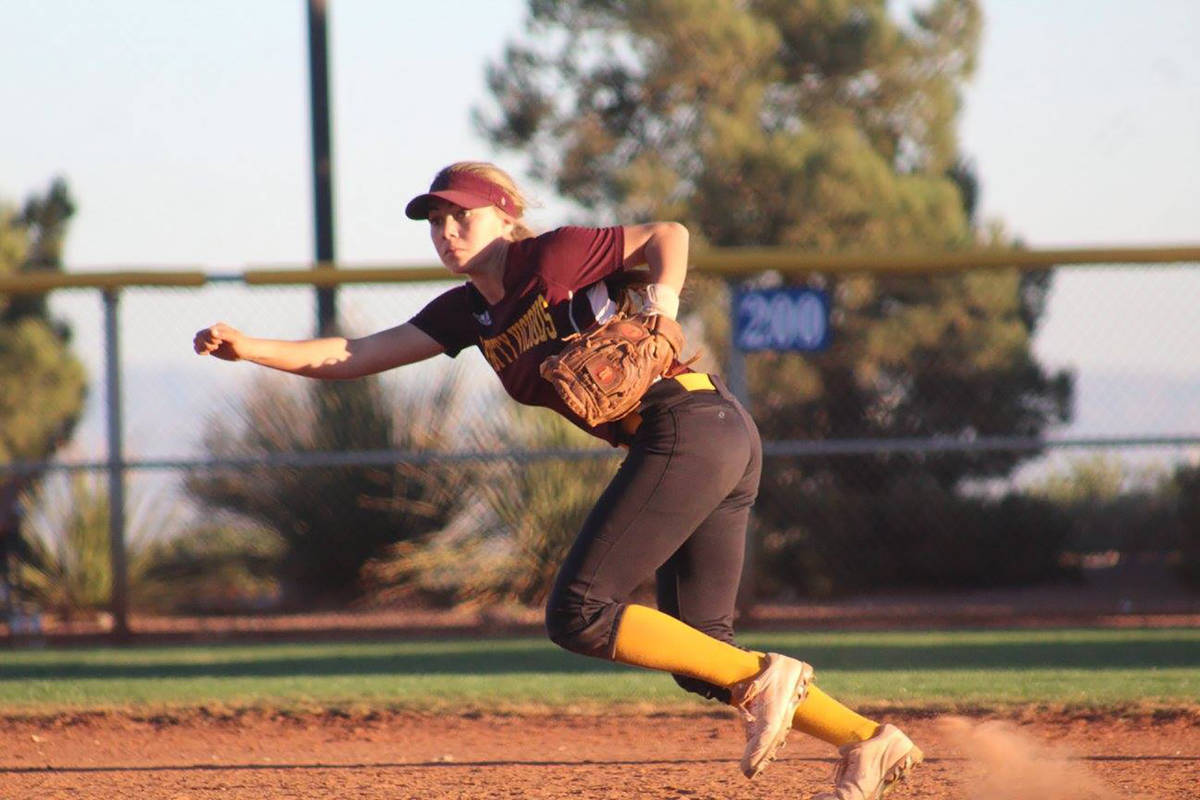 Cassondra Lauver/Special to the Pahrump Valley Times Skyler Lauver moves to make a play on the ball while in the infield for the Pahrump-based Pretty Vicious club softball team.

On the wall in the hallway outside of the gym at Pahrump Valley High School is a display of plaques honoring former Trojans who were honored as senior athletes and scholar-athletes of the year.

The newest athlete of the year honorees will be in familiar company.

“I’m very excited about that,” Skyler Lauver said. “I think it’s really cool that it’s kind of a family thing in our house.”

PVHS Athletic Administrator Jason Odegard said that the winners are selected by the school’s coaches.

In a normal year, Lauver and Odegard would have made their case for the award during the spring season. Lauver is a softball player who played for a couple of weekends before the season was halted by the COVID-19 pandemic, while Odegard, while a three-sport athlete, missed out on arguably his strongest season, track and field, where his goal was to win a state championship.

“Honestly, I was really surprised,” Lauver said. “I was surprised because I didn’t realize that was even being decided yet.”

During cross country season, Odegard was a top-10 finisher — for the second time — in the Class 3A Southern Regional Championships and then finished 12th at the 3A state meet, running the 5,000-meter course in 18 minutes, 21.0 seconds. During basketball season, the sharp-shooting guard was a bright spot for a 6-20 team, averaging a team-leading 14.4 points per game, 4.6 steals per game and 2.0 assists per game while grabbing 5.1 rebounds per game and shooting 38% from 3-point range.

While some might be skeptical about both athletes saying they were surprised by the honor, neither had a difficult time coming up with another deserving candidate.

For Lauver, it was softball teammate Terrena Martin. “Terrena is a very hard-worker, and while most of the girls on the team are, I feel like Terrena has put a lot into the sport and I think she would deserve it,” Lauver said. “Or Makayla Bartley, because she also can be described that way.”

For Odegard, it was baseball player Chase McDaniel. “He was only a one-sport athlete, which is probably the only reason he didn’t win, but he was one of the most skilled baseball players to ever go through Pahrump Valley High School as far as I’m concerned,” Odegard said. “And I’m sure we will continue to see great things from him as he plays in college.”

College for Odegard will be at the University of North Dakota, where he plans to study commercial aviation. Lauver will be playing softball with ex-Trojan Jackie Stobbe at the College of Southern Nevada. But both will have a special memory from PVHS sports to take with them.

For Lauver, of course, the No. 1 high school sports memory is rallying to beat Fernley for the state softball title last year, while Odegard cited “breaking the 4 x 800 regional record with my brother, my best friend and his brother.” Odegard teamed with Bryce Odegard, Michael Sonerholm and Layron Sonerholm to set the Class 3A Southern Regional meet record, winning the event in 8:06.95 in 2018.

That quartet went on to place second at the 3A state meet.

The awards are voted on by the coaching staff, and Jason Odegard said that the senior athlete award has been around since the school opened. Wulfenstein Construction sponsors the awards, which include $1,000 scholarships.