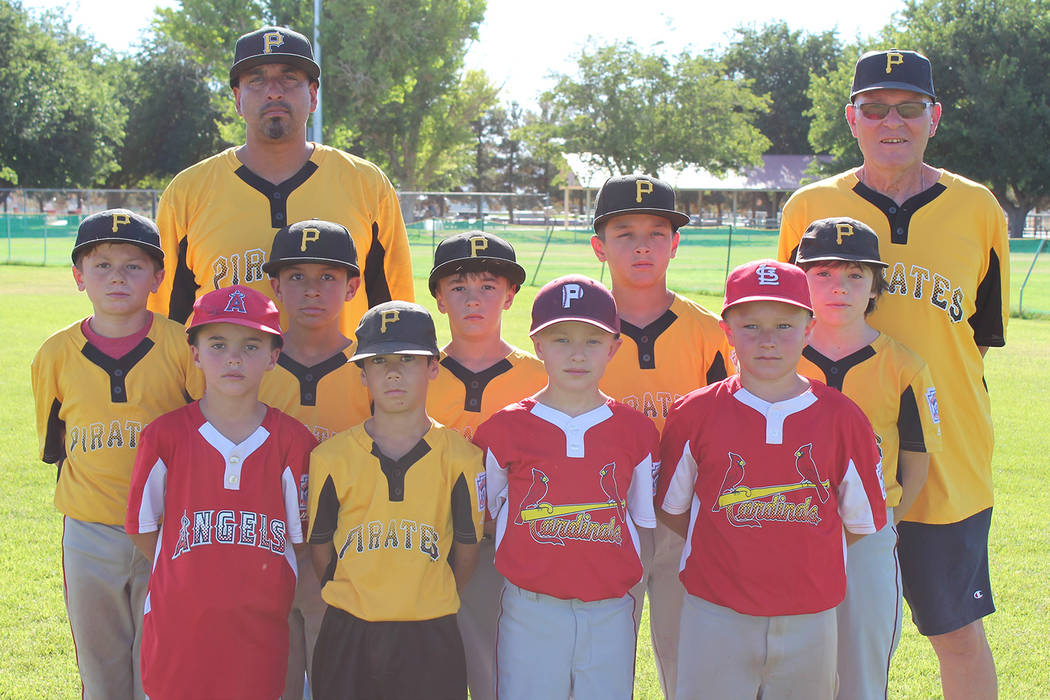 Caroline Thacker/Special to the Pahrump Valley Times Members of the P-Town Little League's all-star team in the 8-to-10-year-old division opened District 4 Tournament play with a 12-4 victory over Lone Mountain in Las Vegas. 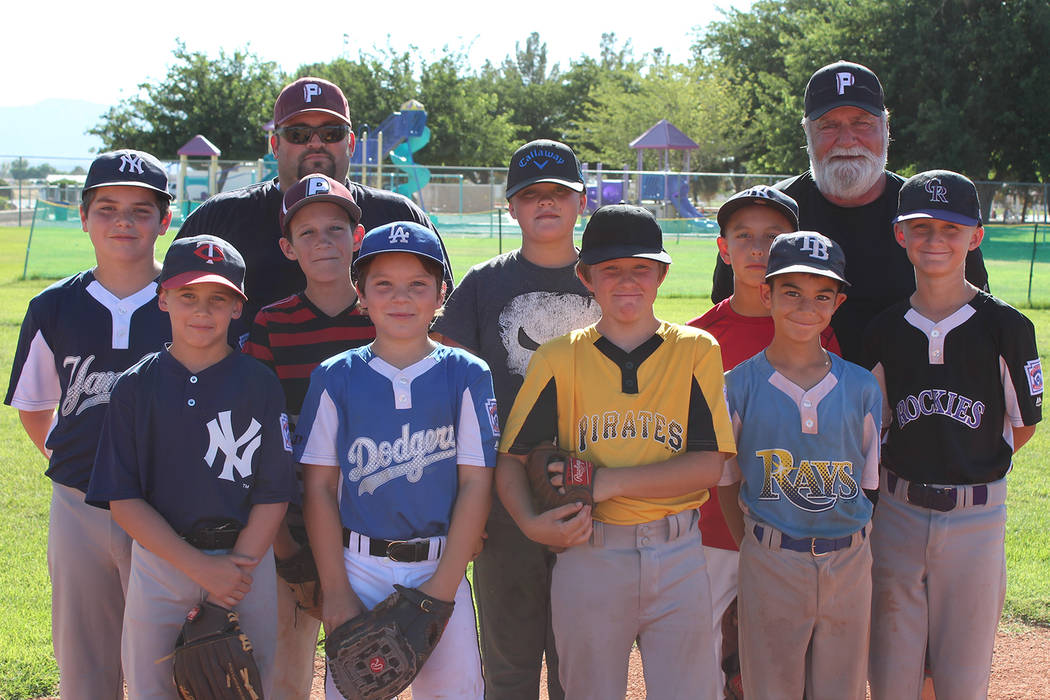 His players are not close to entering high school, but Wagner sees his role as preparing young players for the bigger stage. To that end, he wanted a team with the best players on the younger end of the age group.

“I put seven young men together in a league they shouldn’t have been in, a bunch of 8, 9 and 10 year olds in the majors this year out there in Pahrump because I knew they could compete and I was training for this, the all-stars,” Wagner explained after his team lost 7-1 to Spring Valley on Monday night in the District 4 Tournament at Mountain Ridge Little League in Las Vegas. “And that’s why I put that team together with young players. We still have a lot of young players out there. We’ve only got three 10 year olds.

“If you look around at the rest of this league, they’re mostly 10, and you’ll be lucky to squeeze in a few 9’s. So we’ve got a young team, and I’m going to keep them together as much as I can, like fall ball, training for this. This is what I’m looking to win, these games. These are the big games.”

His P-Town Little League team in the 8-to-10 division split its first two games of the tournament, with a 12-4 win over Lone Mountain on Saturday preceding Monday’s defeat. In that game, pitchers Alex Rayas and Kayne Horibe did their job while the offense employed small ball for big results. “We came out, we laid down the ball, a lot of bunts,” Wagner said. “That’s what we’re training for, and that’s how we beat them. They weren’t prepared for the bunt.

“The team played well as a whole. Our starting pitcher came out and handled business for 75 pitches, and our closer came out and just shut them down beautifully.” Wagner was preparing to use Horibe to start P-Town’s first elimination game, knowing he could get another 75 pitches out of him.

“He’s good, he’s fast, he throws hard,” said Wagner, in his fourth year of coaching. “When he’s on, he won’t be beat. I really believe that.” The winning formula from Saturday didn’t quite work Monday against Spring Valley, with control problems causing early issues to go along with an offense that never mustered more than one hit in an inning.

“We rely on our guys to throw strikes,” Wagner said. “We had a few errors, and that compounded our problems. We hit the ball but not well. We put the ball in play, but we were hitting to somebody. It just didn’t fall our way today.”

The lone run came in the fifth inning, when P-Town put together a two-out rally against Spring Valley reliever Aiden Brown. Antonio Whitney, who struck out four in three innings of relief, was hit by a pitch.

Ashton “Booey” McClard followed with a single to right, and Samson Wagner hit a sharp grounder to second base that was not fielded cleanly, allowing a run to score.

With his big-picture outlook, Wagner is not about to let one loss in a tournament loom larger than it should.

“When I drafted this team, they all laughed at me,” Wagner said of other coaches. “They all said, ‘What are you thinking? You’re not going to compete.’ To me, these young guys competed just fine with a bunch of 12 year olds. And they’re going to get better. Playing with these better guys, they are only going to get bigger and better.

“This is what I love. I love baseball, and I love coaching these kids.”