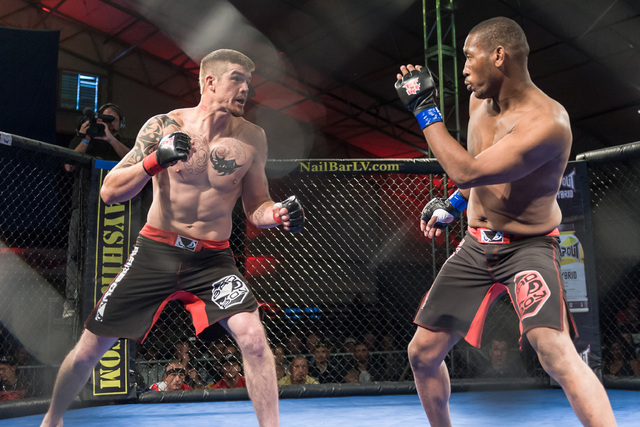 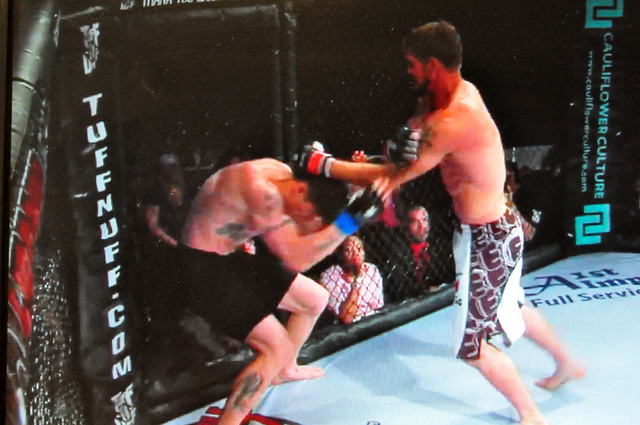 If you can’t get enough of mixed martial art fighting, Tuff-N-Uff is trying to “pack the Mack” with fans on June 7 to set an attendance record. The amateur MMA organization wants to fill the Thomas & Mack in Las Vegas and will be offering all tickets free of charge through UNLV tickets.com.

The event is being organized by Jeff Meyer, the brother of the late Barry Meyer, who founded the organization. Jeff will be bringing 26 fighters for the evening.

The PVT spoke with Meyer over the phone about the event and the passing of his brother.

Myers said his brother Barry was a lifelong lover of martial arts and a black belt in tae kwon do, who promoted martial arts competitions for nearly 20 years. Barry was inducted into the Masters Hall of Fame in 2010.

“It’s our 20th anniversary and Tuff-N-Uff’s first show was on June 13, 1994. It was an amateur kick boxing show in our high school gym. The goal of this free show is to create awareness and we also partnered with Three Square and are holding a canned food drive. We are hoping to donate enough food of the combined weight of all our fighters’ weights. That is a goal and there is a lot of weight there,” Jeff said.

On October 15, 2013 Barry lost his long bout with depression and took his life and Jeff took over. Barry Meyer will also be honored during the fights at the Mack for this free show was his idea.

“Unfortunately my brother passed away and he is the one that started Tuff-N Uff,” Jeff explained. “In 1994 he realized that UFC fighting was a calling for the both of us. Growing up we were like Karate kids. We realized jiu jitsu was the art to study where we were studying tae kwon do, judo wrestling and even kung fu. Then when the very first UFC fight went live we watched it and as my brother said, ‘It was love at first fight.’”

After that the two brothers started going to UFC fights, both couldn’t get enough of it.

“It would be fair to say that my brother sparked my passion in MMA,” Jeff said.

In Pahrump, amateur fighter Brandon Schneider fought in a few Tuff-N-Uff bouts. He is 1-2 with Tuff-N-Uff and 1-1 outside the organization. Thus far he is the only MMA amateur from Pahrump to fight with Tuff-N-Uff. His trainers Robert Wilson of Mix It Up Academy and Brian Thelaner hope there are more out there. Both trainers have struggled to get Schneider’s career going. Schneider has experienced several setbacks, but both Thelaner and Wison say they will not throw in the towel on Schneider as long as he is willing.

Thelaner and Wilson believe there is a window of opportunity for Schneider and it is still open for him, but he has to be willing to put the work in. As Meyer said, there are fighters who lose all their fights, then something clicks inside and they turn it around. Thelaner believes Schneider can do the same.

At the same time, the dream of Robert Wilson is to bring MMA training to Pahrump. He has a small group of fighters and he wants to train them to fight in organizations like Tuff-N-Uff.

Tuff-N-Uff is best known for cultivating the career of the infamous MMA fighter, Ronda Rousey. Jeff remembered Barry wanting to help her out.

“Ronda Rousey was having trouble finding fights. We found her opponents. She called us crying because she could not find a fight and now look where she is today. We just knew she would be a star someday. Ronda still supports us,” Jeff said.

Since Rousey there have been other stars.

“I love to brag about some of our fighters that have gone on to bigger and better things,” he said.

Jeff mentioned Chris Holdsworth who fought for them four times. There was also Jimmy Jones. Jeff said Jones was a former hockey player that liked to fight. He was 0-5 and Barry gave him a chance and he went on an 8-fight win streak. Jones is now a pro fighter. Holdsworth has fought 6 professional fights without a loss. He was 4-0 as an amateur with Tuff-N-Uff.

Jeff concluded with up-and-coming future females that will fight at the Mack on June 7.

“Some female fighters coming up that will be fighting are Jamie Moyle. She is out of the Syndicate MMA Gym of Las Vegas and is a strong jiu jitsu girl. She will be fighting Stephanie Alba from Texas. Both of these girls have excellent skills and may be pro soon. Another girl that will be fighting on June 7 will be Cheyenne Vlismas. She is fighting out of a UFC gym in Clearwater, Florida. She will fight a girl named Sheena Brandonberg out of Michigan. We typically have to bring in females from outside the Vegas market because there are just not that many female fighters,” he explained.