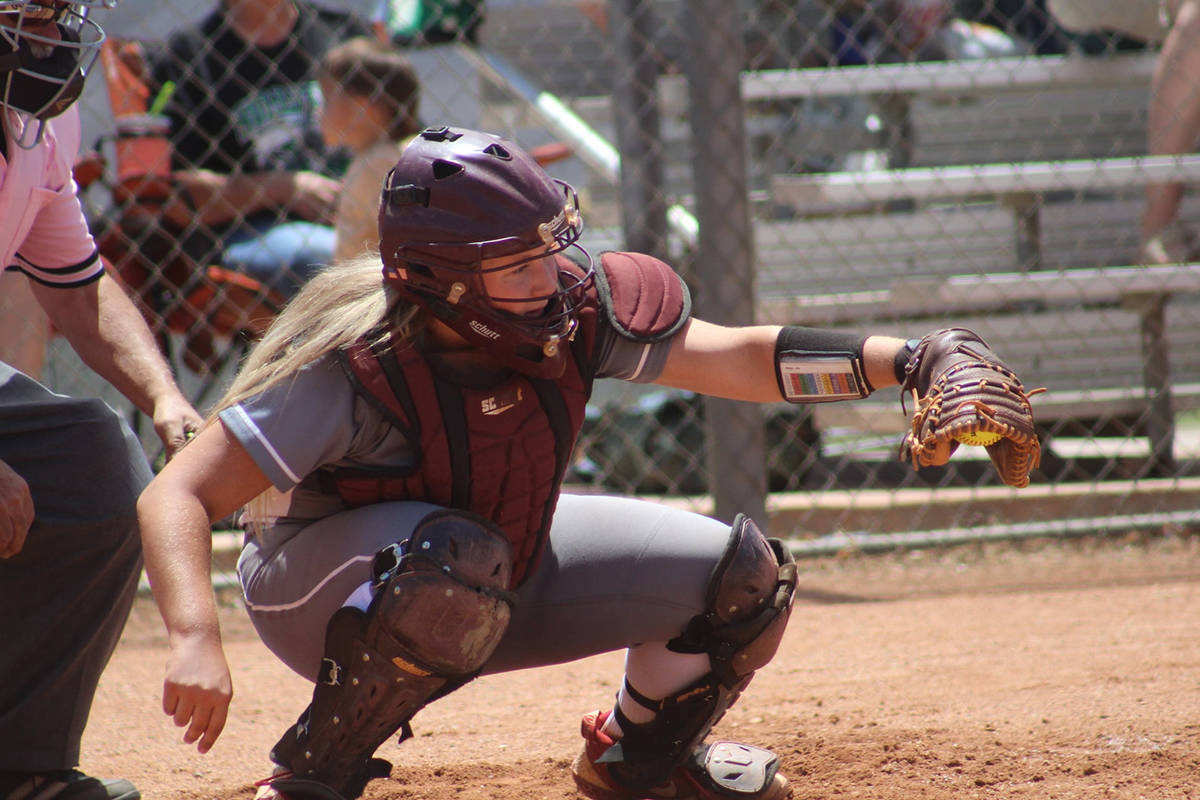 Cassondra Lauver/Special to the Pahrump Valley Times Pahrump Valley junior catcher Dee Dee Egan was named second-team All-Southern Region by NevadaPreps.com. Egan hit .660 for the 3A South runners-up, with 6 doubles, a triple, a home run and 22 RBIs. She slugged .880 with an on-base percentage of .740, walking 21 times to 3 strikeouts. 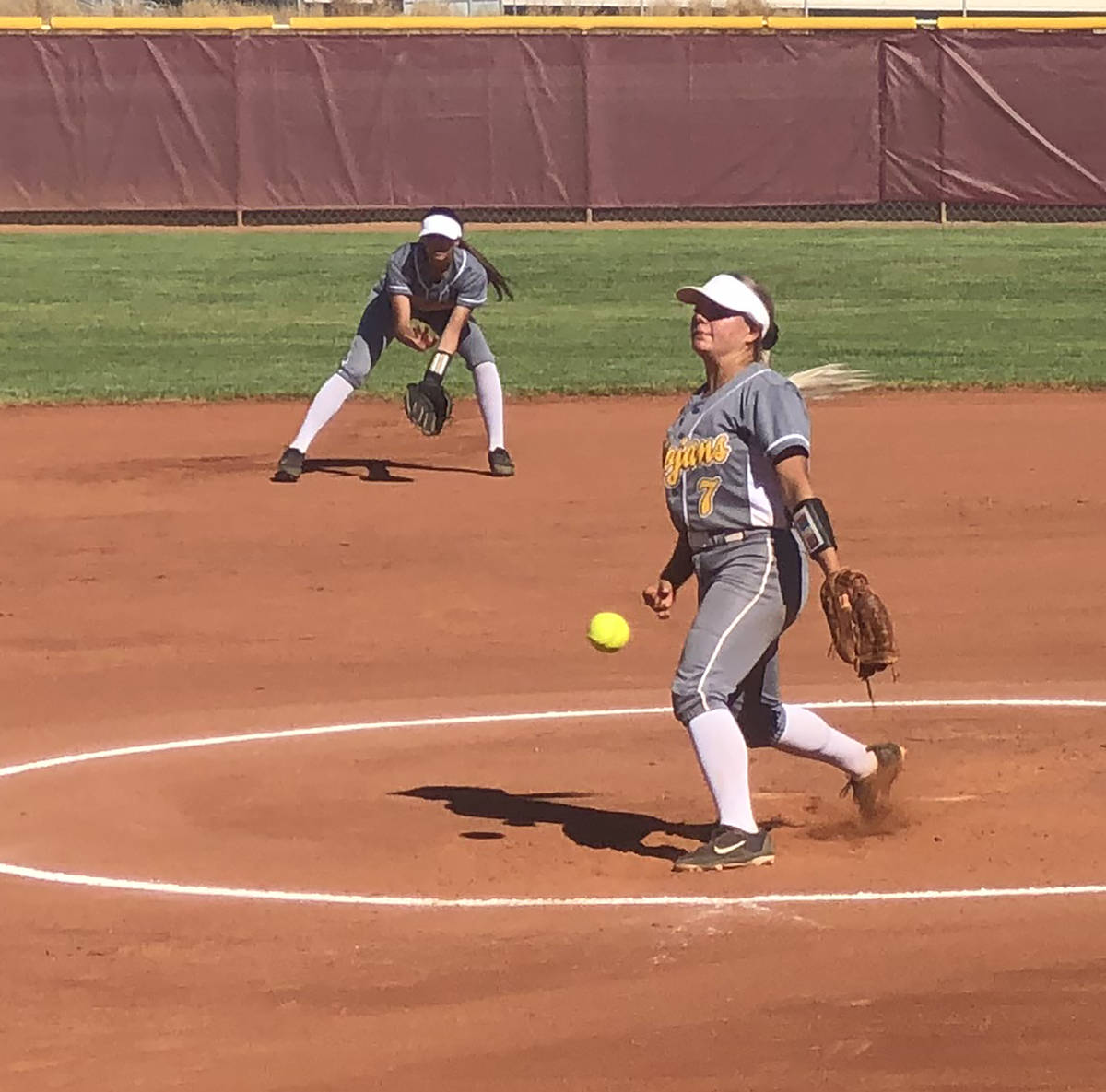 File Senior Ally Rily represented Pahrump Valley on the NevadaPreps.com All-Southern Region softball team. Honored as a second-team pitcher, Rily hit .474 with 4 doubles, a triple, a home run, 37 runs, 12 RBIs and 17 stolen bases. She did not strike out all season and finished with a .632 slugging percentage. In the circle, she went 5-3 and struck out 46 batters in 52 innings.

Rily, a senior, made the team as a pitcher, but she hit .474 with 4 doubles, a triple, a home run, 37 runs, 12 RBIs and 17 stolen bases. She drew 16 walks without a single strikeout and finished with a .632 slugging percentage. In the circle, she went 5-3 and struck out 46 batters in 52 innings as the Trojans were the Class 3A Southern Region runner-up.

No Pahrump Valley baseball players were named to the all-region team. The only Nye County player honored was Tonopah junior Anthony Gromis, who was selected honorable mention.

Only Class 5A and Class 4A players were included on the first team, with 15 from 5A schools and five from 4A schools. The second team included 13 Class 5A players, five Class 4A players and two others: Scott Bahde of 3A Boulder City and L.J. Mercurius of 2A The Meadows.