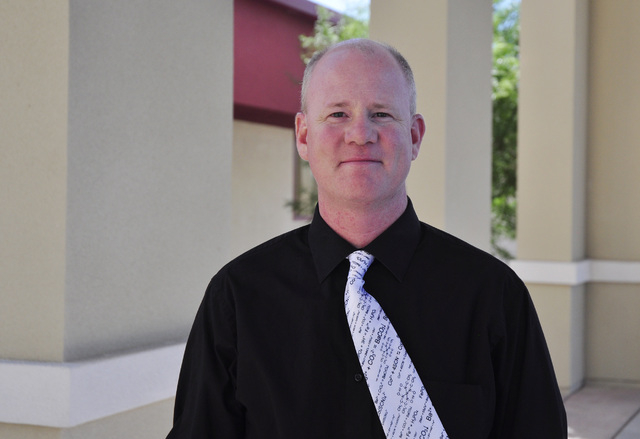 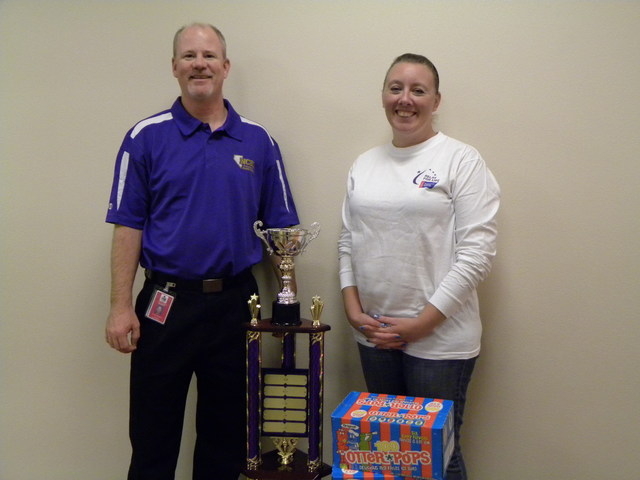 No one was surprised when Chris Brockman, Pahrump Valley High School principal appointed Jason Odegard to the position of athletic administrator. Odegard is a new assistant principal at the high school.

The move shows Brockman’s continued effort to improve athletics at the high school. With Odegard as the administrator and Ed Kirkwood as the director, the two together have more than a half century of coaching experience. Both men have coached just about all the sports you can play at the high school level.

Odegard was the former principal at Floyd Elementary School for three years. Prior to that he was on staff at the high school where he held numerous coaching positions. He coached football, cross country, basketball, football and track. In addition, he formed an elementary school basketball league, was a Little League coach and a Pop Warner coach.

Among the great athletes he coached was Donminque Maloy, a great track runner who went on to be added to the PVHS hall of fame.

For him to take over as the athletic administrator, the position held by Chris Brockman, just seemed to be a natural choice. “I played sports in high school. I started coaching at the high school about 1997 to 2007,” he said.

Odegard had some really good experiences coaching for the Trojans and said he really didn’t have a favorite sport. “There are favorites about all of them. You love the camaraderie in the team sports. We tried to develop that in track. At the same time I like the individualism of each athlete in track. For the most part what you put into it is what you get out of it. In other sports you have other people that can pick you up. In track if you don’t pick yourself up, you just set yourself up to be as good as you can be.” He said at one point he was coaching so much he was doing all three seasons.

His goal for this year is to get as many kids to participate in sports and have their success. “Success can be different for every team and every individual. Hopefully if they are in a sport, they have team goals. Hopefully, they are able to achieve the goals they set out to achieve,” he said. “And hopefully, we provide an extracurricular program that is beneficial to all the kids that want to take advantage of it. To me, that is the most important thing. I want to give students opportunities to compete, opportunities to work on that team building characteristic and opportunities to work with others. I think sports teaches a lot of life lessons that they can use going forward.”

Besides providing the kids with opportunities, the other part of his job is keeping track of the money that fuels the opportunities. “I think we will have to do a good job to make sure we manage and prioritize the money. Most of the programs do a really good job of fundraising. They will self-fund a lot of the things that they do,” he said.

At this point, Odegard sees no major problems.

“We just have to be consistent. Having Mr. Brockman as principal, it naturally lends there will be some consistency there. That means I can go to him and ask him questions on how he did things. This will be very important, especially this year. His vision for me is to make sure things get done in a correct manner, and as time goes by put my own thumb print on it,” Odegard explained.

As far as getting tennis off the ground, this will continue. Odegard said the school is still looking into forming a club team. The school wants to generate the interest and maybe even a team. “We don’t want to take away from other sports either, but if we have students that want to participate in sports and if this is an avenue that would draw them into a sport, then I think it is beneficial. We do not have a schedule nor do we have roster at this point,” he remarked.