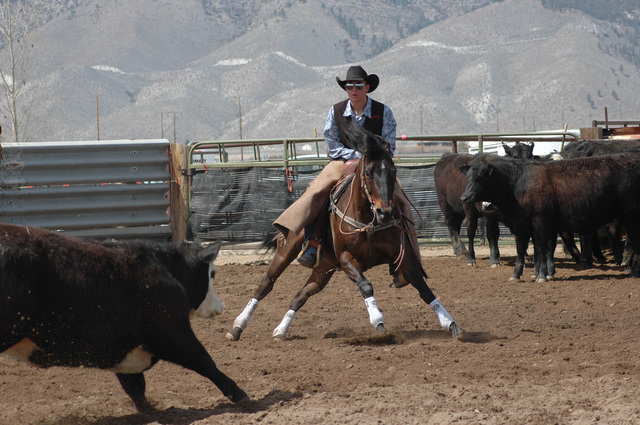 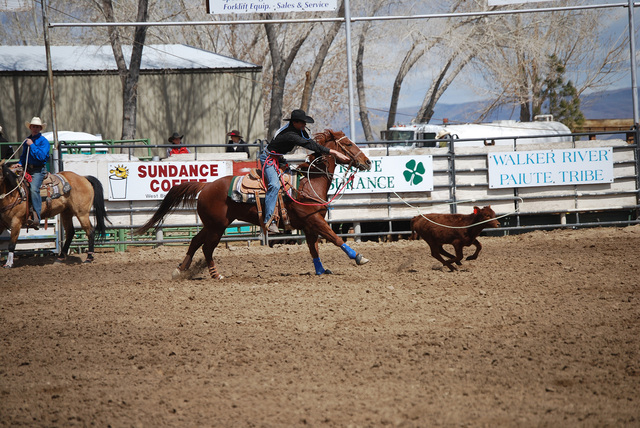 The results of the Nevada High School State Finals Rodeo are in. The three-day competition was in Ely and ended on Sunday.

Pahrump had two team roping representatives there, senior Jarod Groene and freshman Austin Romans. Both cowboys said they could have roped better.

Groene’s goal was to make nationals in team roping and he came up short, finishing in 6th place. He will be going to the National High School Finals Rodeo in Rock Springs, Wyoming starting on July 14 in cutting. He will also be attending the Silver State International Rodeo in Winnemucca from June 29-July 5.

“I won the first round by roping the best time for the whole weekend. We got points for that and then I fell apart. I choked under pressure I guess. I didn’t rope anything after that. We went into state in 7th place and came out in 6th place, so that run did help us. We did not make nationals but we will go to Silver State International Rodeo and I will be still going to nationals in cutting,” he said.

Groene was disappointed his team couldn’t get into the nationals. He is the heeler of the two-man team.

“I am just bummed at myself going into the first round and not even to rope anything after that because my partner caught. During the second go, I did throw a good loop but it just folded it. There was nothing I could do about that. The heeler lays a trap and the rope is supposed to stay open and the feet jump into it. We roped Friday night and nothing on Saturday and then Sunday morning and evening we roped,” he lamented.

When asked what he could have done differently, he replied, “I really don’t know. We obviously had the confidence after winning the first round.”

Groene still has a bright future in rodeo. He wants to work in the industry and also work on becoming a professional team roper.

“I am still looking forward to roping in the future. I will take some time off before going to SSIR and then see how that goes,” Groene said.

Austin Romans was the other roper involved in the state finals in Ely. He finished in 14th and will not be going to the nationals either. He also did qualify for the SSIR.

“The steers were pretty fast and I have a problem roping fast steers. It was also pretty windy so both my ropes for the first and second go were blown off. On the last go, I caught but I lost my dally. I started turning before I had my full dally,” he said.

Romans will be a sophomore and will have three more years to qualify for nationals. His partner graduated this year and this means he had to find a new one.

“I will be roping with my sister next year. It doesn’t matter if your partner is male or female. Cheyenne’s partner fell through so we decided to rope together,” Austen said.

Cheyenne will be doing some roping at the National Junior High Rodeo Finals in Des Moines, Iowa this weekend from June 22-28. She will join her brother next year as a freshman. Both students are home schooled and rodeo with the Sandy Valley team.