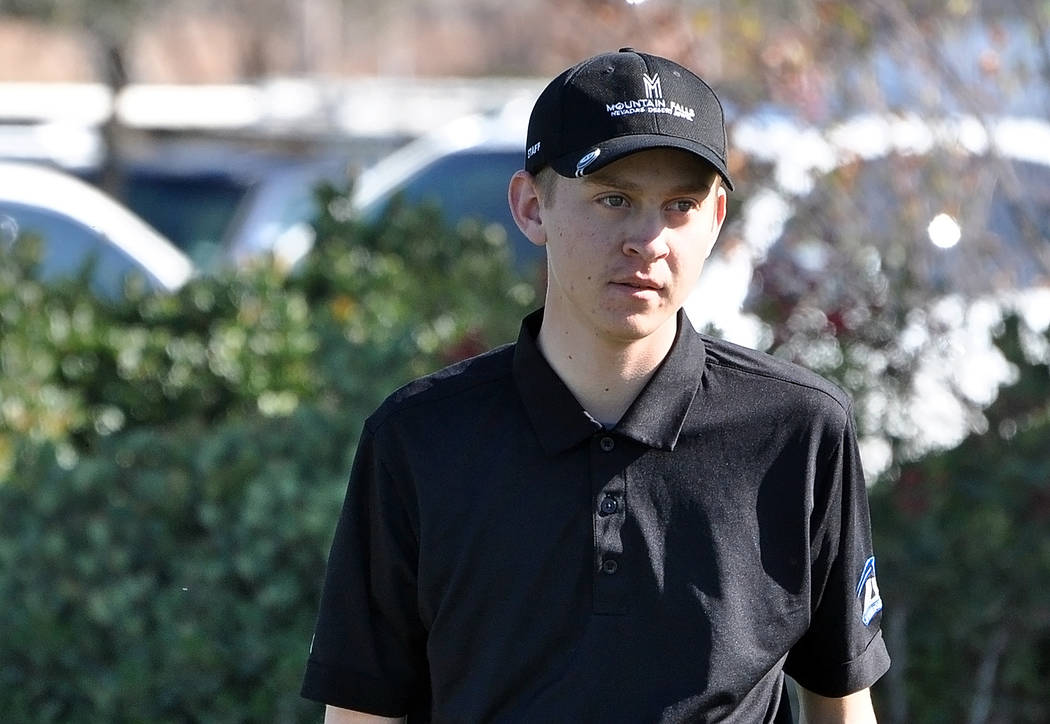 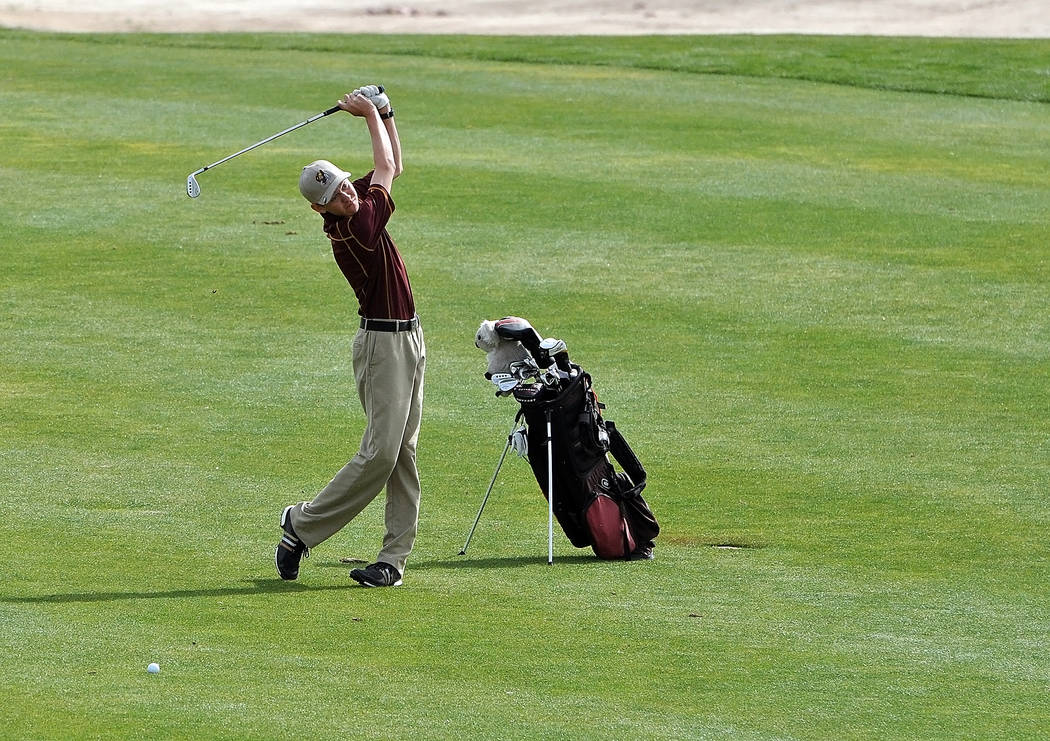 Horace Langford Jr. / Pahrump Valley Times Austen Ancell on the fairway at Mountain Falls earlier this season. On April 26 he shot his best score of his high school career, a 7-under-par 65 at Aliante Golf Course in Las Vegas.

Trojans golfer Austen Ancell shot his best score of his high school career, a 7-under-par 65 on April 26 to win a Sunset League match at Aliante Golf Course in Las Vegas.

Ancell, a senior at Pahrump Valley High School, was relieved after the match.

“I felt everything came together at the end and there was a feeling of relief in the sense I was happy about the score,” Ancell said. “I was glad to know that all the hard work was paying off. I think there are still some low scores in me for regionals and state.”

Trojans coach Bob Hopkins said the putts came in for his top golfer.

“For Ancell, it was all about making putts at Aliante, which was a pretty tough course,” Hopkins said. “It was interesting, we had our worse score here and our best score. All the guys did well that day.”

Ancell agreed with his coach.

“It was nice to make some long putts, I feel that my putting is getting better,” he said. “I have a better feel for the greens and it’s easier to read them.”

His father, Ryan Ancell, agreed with Hopkins on the short game.

“I have always told my son that if his putting ever caught up with his long ball he would be unstoppable,” Ryan Ancell said. “He is peaking at the right time and is focused on winning another state title. He really isn’t paying attention to other kids and their scores. All he tells me is you can only put up your best score, which has me thinking if he is 25 in a 17-year-old’s body.”

The Trojans shot 417 for the win at Aliante and Western was second at 577.

Hopkins feels the team is ready for the regionals.

“Everything’s coming together as a team,” he said. “A week from today we will be practicing again at Boulder Creek to get ready for the regional tournament.”

The regional is at 1 p.m., on May 10 at Boulder Creek. The state championship will be at Spring Creek Golf Club.