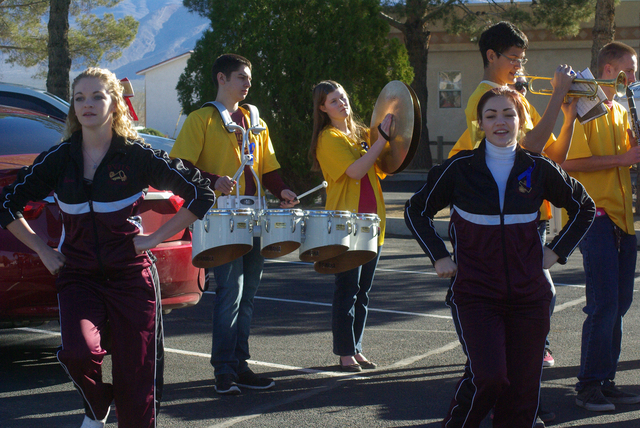 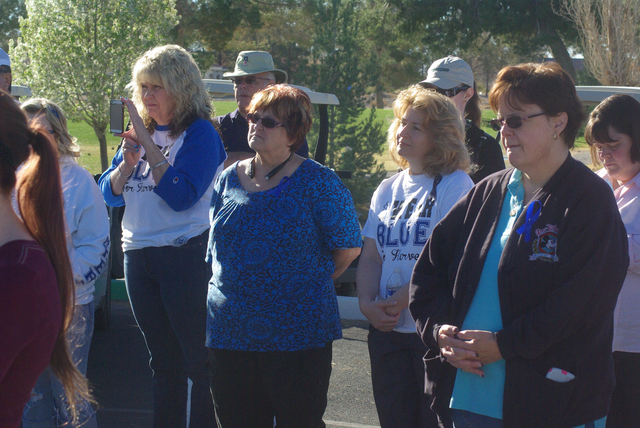 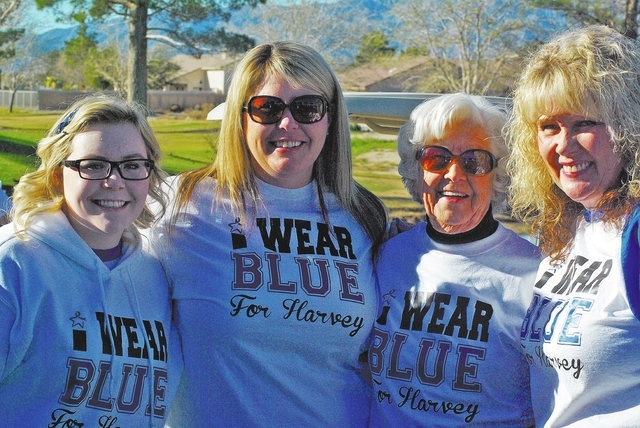 Saturday was a beautiful day for the Harvey Gonzalez Cancer Walk at Lake View Executive Golf Course held for Harvey Gonzalez’s family. Gonzalez had stage IV cancer and was well known as a volleyball coach for Nye County School Distinct, a juvenile probation officer for Nye County, Esmeralda county and Beatty and he worked at the Tonopah jail as a Nye County deputy for 10 years.

Gonzalez always thought of other people in his life. He was once an exalted ruler for the Tonopah Elks, was president of the Tonopah Rotary Club and served on the Tonopah Town Board.

It was a fitting tribute that the Trojans marching band and pep squad honored the cancer-stricken coach with some pep music and a cheer routine. Gonzalez as the coach would have probably applauded the sentiment.

Over 40 people showed up for the walk. Terri Hee, a coordinator for the event, said about 100 people bought tickets for the walk, with many just donating to the family. She said Pahrump was generous to this man and his family, raising $1,842.

Junee L. Maslach Garcia was amazed that so many in Pahrump turned out in support of Harvey.

“Wonderful people throughout the county. I’m a proud resident of Nye County,” she said.

Lisa Westerlund, Deputy Clerk for Nye County, drove down from Tonopah to attend the event to sell T-shirts.

“The Gonzalez family appreciates all the efforts we have done to try and make things a little easier on them,” she said.

Westerlund said the benefit dinner, which she organized for Harvey in January resulted in over $40,000 and she has sold 500 T-shirts at $20 apiece.

Nye County School Distict Superintendent Dale Norton said at the recent donkey basketball game in Pahrump it was the most support for a coach he had seen and “things like this don’t happen in Las Vegas.”

Tom Metscher, Chief Juvenile Probation Officer for Nye County, brought much of his office in Pahrump and other county officials to walk for Harvey. He said the Gonzalez family appreciated all the efforts made by Pahrump and the county.

Harvey Gonzalez quietly passed away from cancer at his home in Tonopah late Monday afternoon with his loving family at his side.

A walk in Tonopah is still planned for March 22, but instead of a “Cancer Walk for Harvey,” the walk will be retitled “The Harvey Gonzalez Memorial Scholarship Walk.”