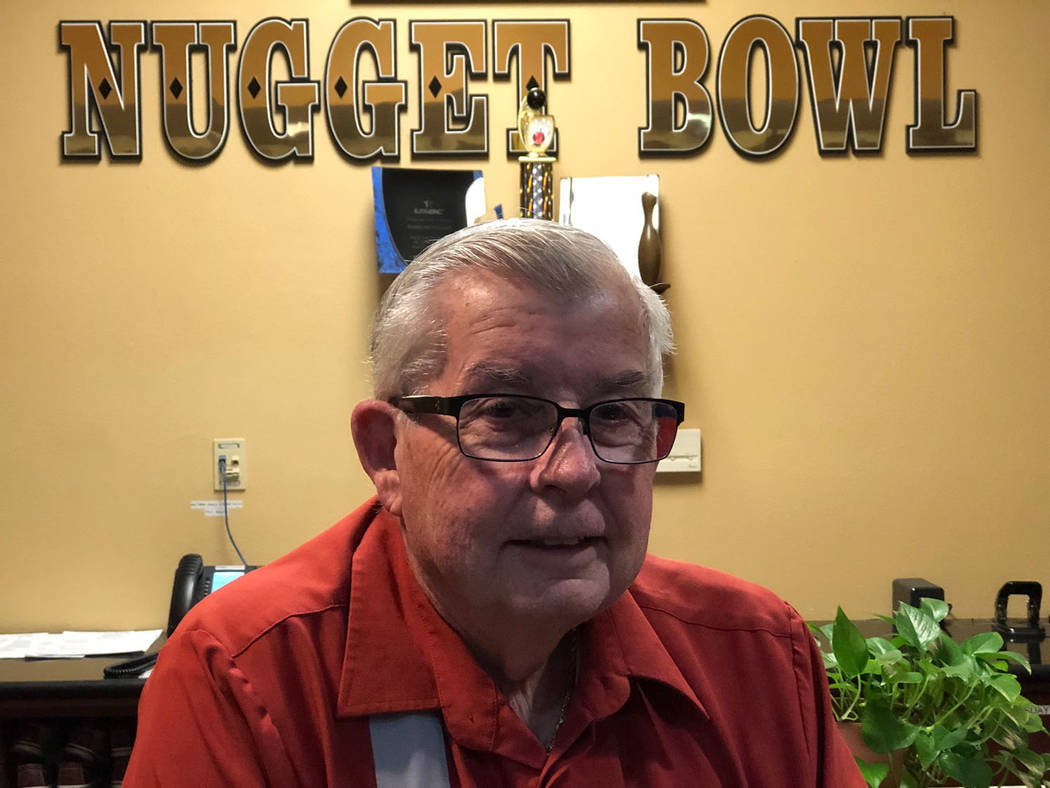 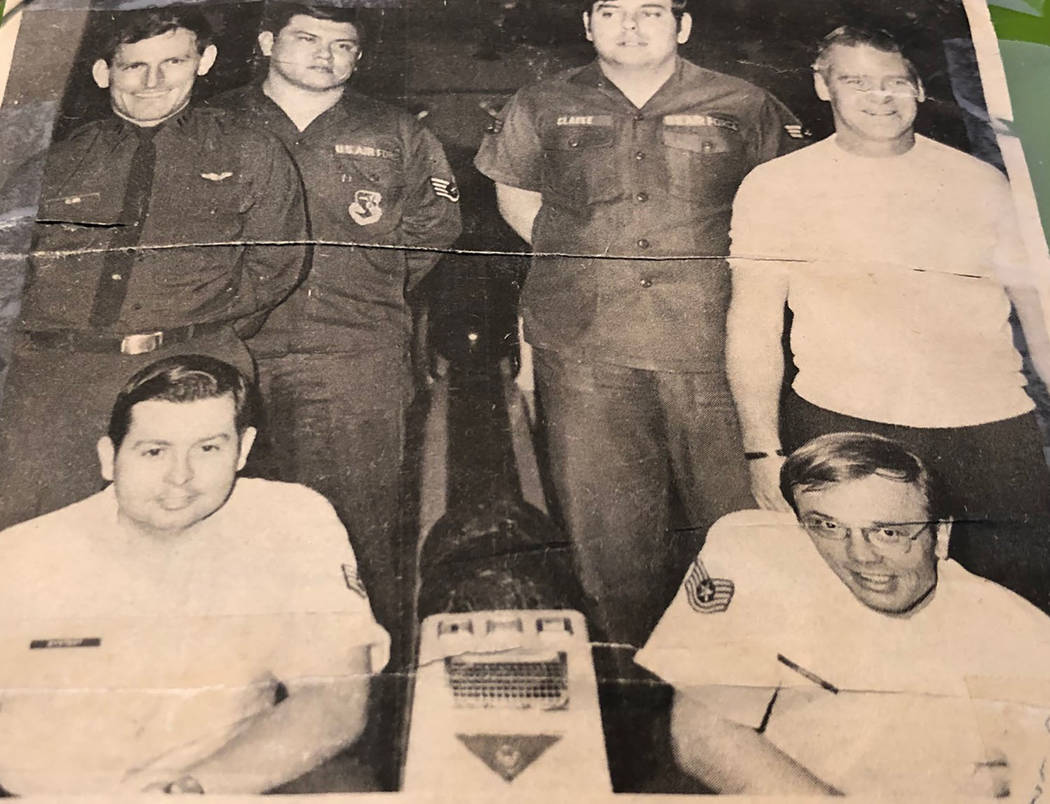 Tom Rysinski/Pahrump Valley Times Dale Bystedt, front left, with others representing Kincheloe Air Force Base in Michigan at a bowling tournament in the early 1970s.

Thirteen years ago, Dale Bystedt became the first person to roll a perfect game at the Pahrump Nugget Bowling Center. After last week, for at least a little while, he also will be the last to do it.

Bystedt, 77, rolled a perfect game during league play Nov. 14, rolling a 746 series on games of 236 and 210 along with his 300. It was his fourth perfect game, all at the Pahrump Nugget and all since he retired from the Air Force.

But his first one was unusual. Bystedt hadn’t bowled in years before the Nugget’s bowling center opened. He had moved to Pahrump with his wife, Gloria, in 2002.

The Bystedts purchased a home in Pahrump, planning for retirement. But in January 2002 the couple was in a serious hot air balloon accident.

“Our pilot was killed, I was life-flighted to UMC, and my wife broke a leg,” he recalled. “We decided to retire early.”

Bystedt said he enjoys the quiet life of Pahrump more than Gloria does, but at first it was a bit too quiet for both of them.

“My wife wanted to go back into nursing, and she worked part time,” Bystedt said. “So I decided to work part time. I was just 62 years old. They opened up a bowling alley, I had always liked bowling, and I applied for a part-time job. I wasn’t interested in money, I just wanted to get out of the house. Then I joined a league, and three months later got my first 300.”

The perfect game after three months of bowling in a new house was unusual enough, but making the accomplishment even more special was the fact Bystedt hadn’t bowled in 18 years before he started working at the Nugget.

“It was a sweeper night, the last night of the summer league. It was a nine-pin no-tap setup, so I wasn’t even paying attention whether I had a nine or a strike. So we get into the second game and I get three more strikes in a row, and after I had 15 strikes in a row, Lorie (Hartwell), who was behind the counter, came up and told me, ‘You just bowled a 300 game.’ I did?”

He did. And it was just as much of a surprise when he rolled his fourth one last week.

“It’s hard to explain,” Bystedt said. “I felt like I was almost in a zone because I wasn’t thinking about it. I was just watching the strikes go up. I got into the 10th frame, and I was relaxed. I was really surprised. I was nervous on the previous 300s, but this one here was just matter-of-fact. Everything was like it was a machine. I just kept rolling it.

“All of a sudden I see all of these people coming down to congratulate me and my wife says, ‘Yeah, he announced it.’ I never heard it.

“I truly didn’t expect it at this age. I got my last one nine years ago, maybe eight years. I bowl twice a week, I don’t practice, I go out there and enjoy myself. I bowl Tuesday morning and Wednesday night and one tournament a month. That’s all.”

The Minnesota native began bowling at 14, when he got a job in a small 12-lane bowling alley, setting up the pins. He bowled throughout his days in the Air Force, including representing the former Kincheloe Air Force Base on the Upper Peninsula of Michigan in a Strategic Air Command Tournament in Ohio in the early 1970s.

That’s a long way from working part time behind the counter of a bowling alley in Pahrump, Nevada. But Bystedt seems completely at home at the front desk.

“It’s a nice way to meet people and socialize,” he said. “We’ve got a lot of nice people.”