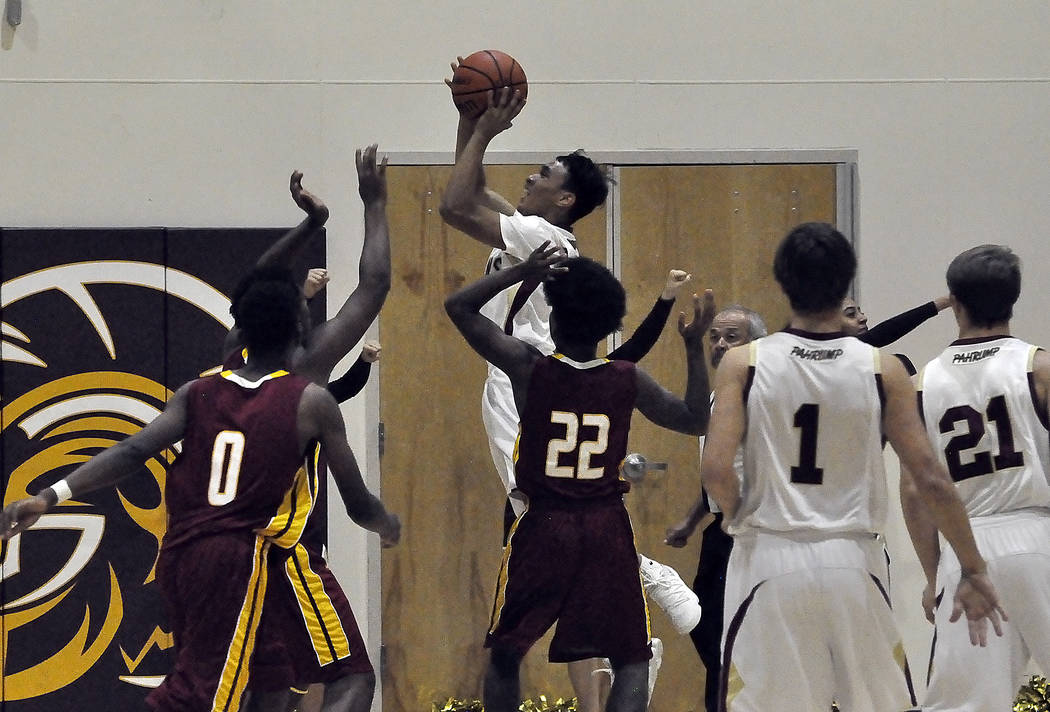 Horace Langford Jr./Pahrump Valley Times Antonio Fortin of the Pahrump Valley Trojans is seen preparing to shoot the ball against Del Sol. The Trojan boys will play their next home game on Monday, Jan. 8 against the Boulder City Eagles at 6:30 p.m. 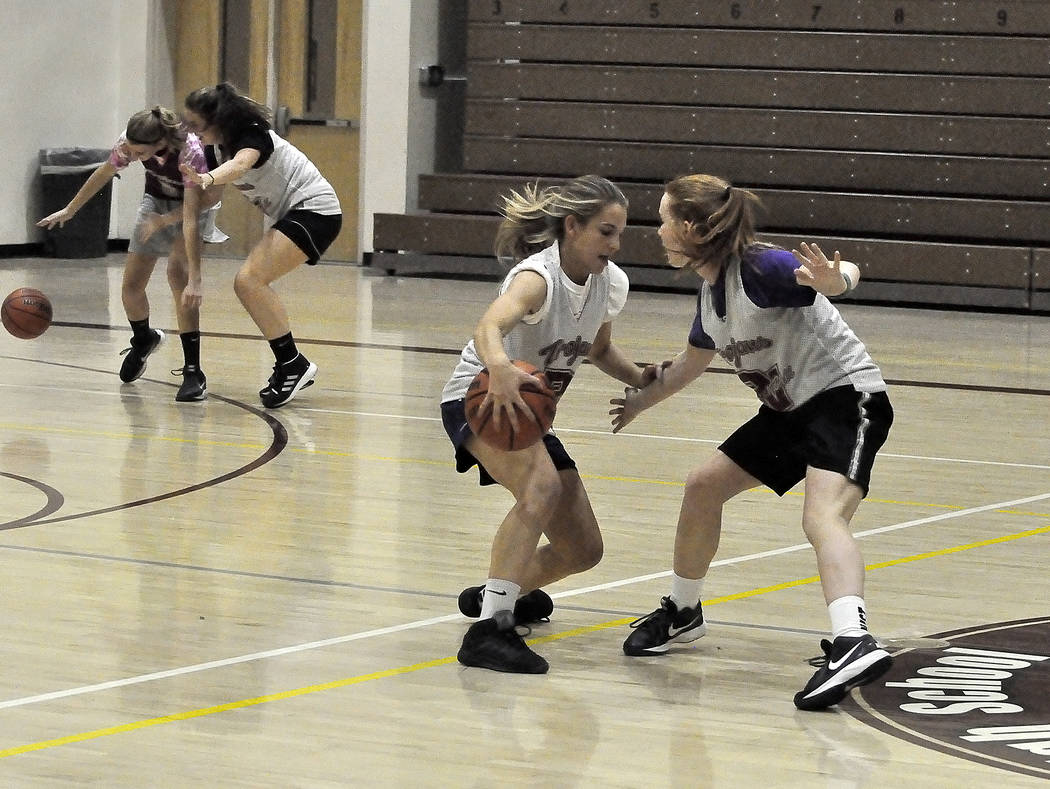 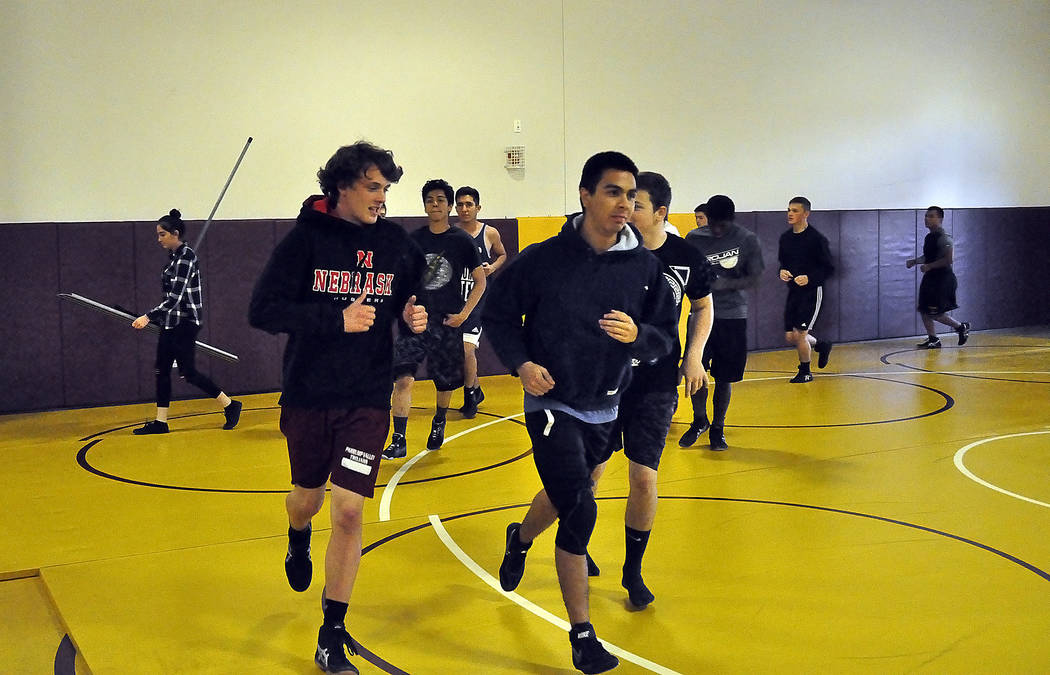 Horace Langford Jr./Pahrump Valley Times Wrestlers on the Pahrump Valley High School wrestling team are shown practicing earlier this season. The team is set to kick off 2018 by hosting its next set of duals against the Cheyenne Desert Shields on at 6 p.m. Jan. 9.

Teams at Pahrump Valley High School start 2018 with competition at home in the coming week.

In boys basketball, the Trojans hold a 5-6 record coming out of the Vegas Invitational Tournament last week.

In a recent interview, guard Bryce Odegard spoke about the upcoming league schedule.

He described the league as “always tough.”

“Because of the competitive level we play at, a couple of league wins could grab us a playoff spot,” Odegard said.

The Trojans have played in two tournaments this season, the Bulldog Invitational in Mesquite and the Vegas Invitational.

That gave the Trojans the opportunity to play against several opponents that they would not normally compete against.

“I think that the teams we play in tournaments are a different look than what we see during league play,” Odegard said.

“We can typically get a few more wins in tournament play so it is definitely a confidence booster,” he said.

“We have a great core of guys, and on top of that, our bench is probably the deepest it has been in years,” Odegard said. “We have a well-rounded team as a whole. I think that is the main difference between this year’s team and the teams in the previous years.”

In girls basketball, Pahrump Valley starts 2018 with an 8-2 record. The Trojans’ next home game is set for 5 p.m. Jan. 8 against the 7-6 Boulder City High School Eagles.

This will be the last game before the Trojans start their league schedule.

The wrestling team at Pahrump Valley High School is set to kick off 2018 by hosting its next set of duals against the Cheyenne Desert Shields at 6 p.m., Jan. 9.

The Trojans’ current record is 2-1. Cheyenne High School headed into this week with an 0-4 record.

This meeting will be the first league dual of the season for both schools.