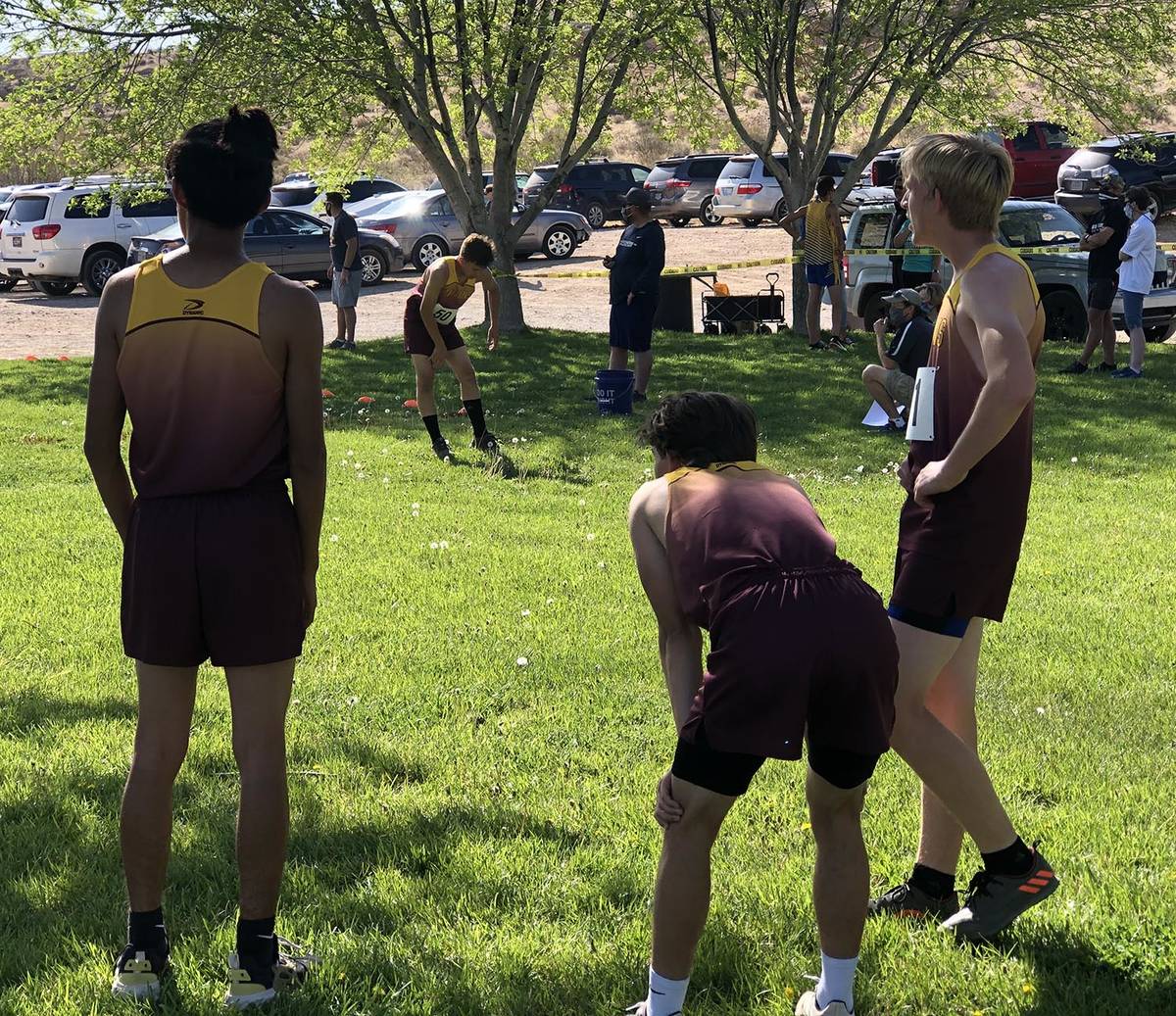 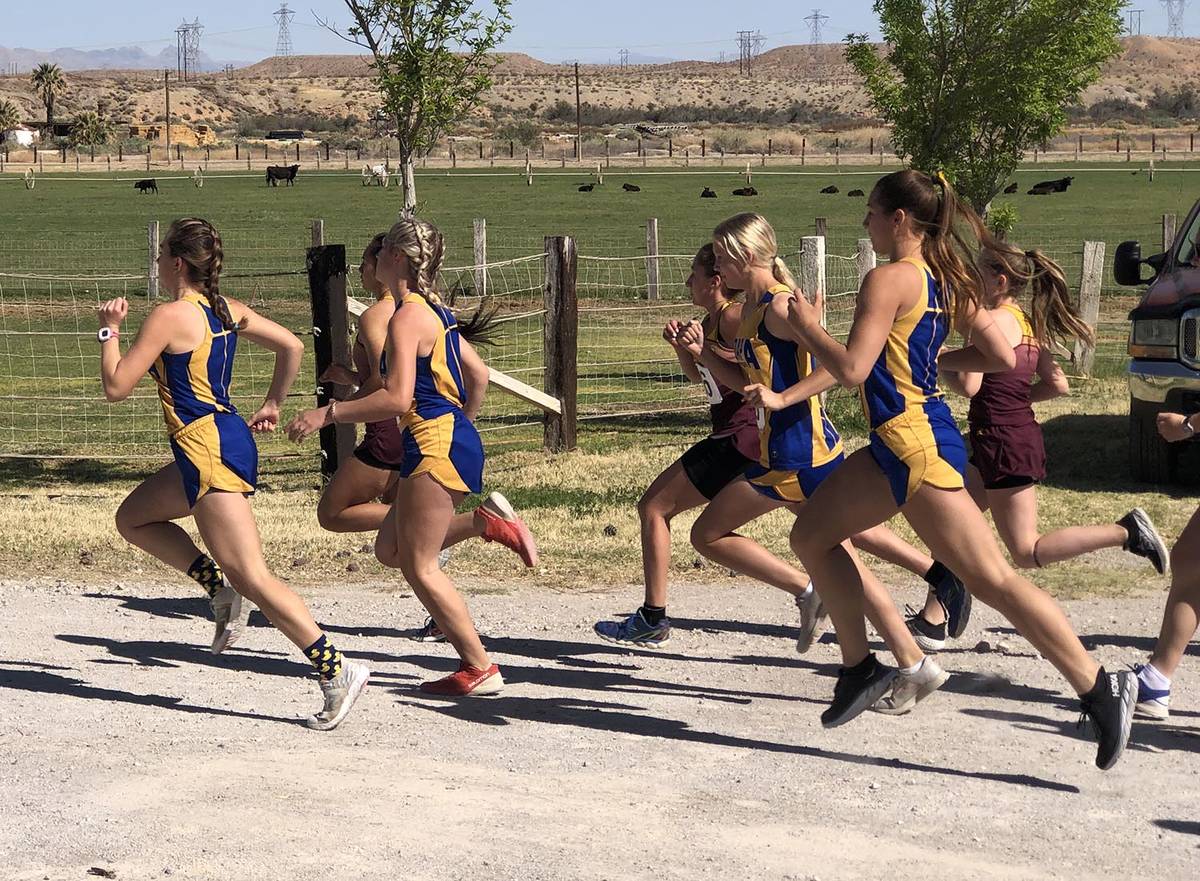 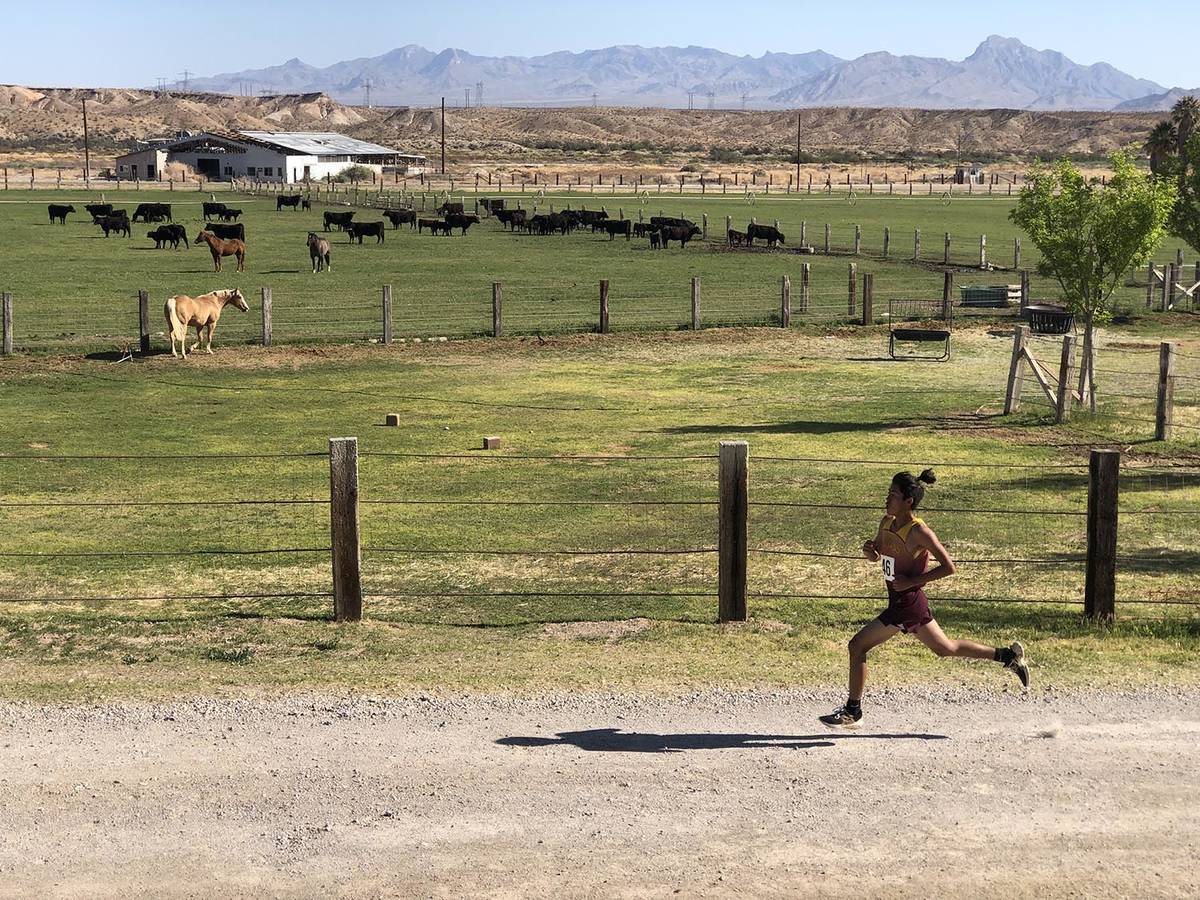 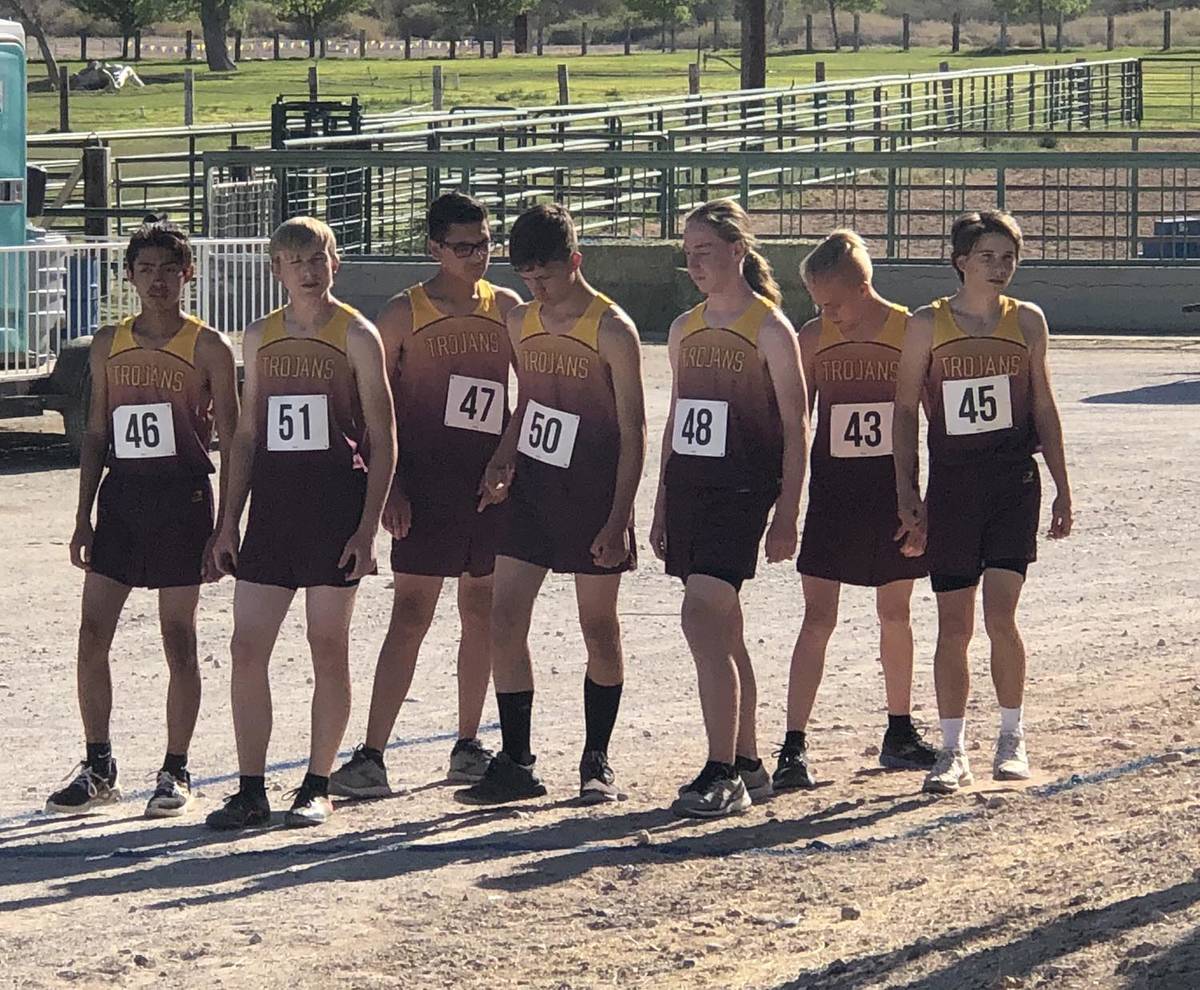 But Saturday’s meet at Hidden Valley Ranch in Logandale was all the Pahrump Valley High School cross country team had, and the Trojans made the most of it.

No, they didn’t win; Moapa Valley was the class of the field in the Class 3A races — especially the boys — but they were pleased by their times and by their improvement since the short season began March 6.

The course was unusual in cross country circles; it basically was a circle. Unlike the usual 5,000-meter trails, this one required participants to run four laps around the same course, a gravel road that surrounded enclosed pastures populated by largely disinterested livestock.

But the cattle and horses missed a solid effort by juniors Makani Araujo and Kaydance Hagerstrand, who have been the Trojans’ top two runners all season. Continuing their habit of finishing back to back regardless of their times, Araujo placed fifth with a time of 24 minutes, 37.0 seconds, and Hagerstrand’s time of 25:30.3 was good for sixth.

Araujo spent much of the time after the race sneezing, as the setting put her allergies into overdrive. But there was more.

“I feel absolutely terrible, but that’s how I know I did good,” Araujo said minutes after finishing the race. “Everything hurts. I have a good runner’s high at the moment, but I’ll pass out on the bus.”

“The course was pretty repetitive, so it wasn’t the most fun course, but it was flat and it was fast,” Hagerstrand added. “I know that I could do better if I showed up to practices more, but I feel pretty good. I did what was comfortable today. I didn’t get too crazy.”

The unusual course meant something happened you don’t regularly see at cross country meets: runners being lapped. The top runners in each race (usually someone from Moapa Valley) passed the slowest runners (usually someone from Pinecrest Academy Cadence), but that situation also meant runners at any spot in the race had someone they could chase.

“It’s a little bit different to run in a circle,” Trojans coach Erik Odegard said. “For some kids it might help because there can be somebody else in front of them they can go after. I think the kids had pretty good times today because it was a pretty flat course. Overall, even if they didn’t think they were doing as well as they could, they probably did better than they thought.”

“It was pretty good,” said freshman Nathaniel Roundy, who placed ninth in the boys race in 19:57.7. “I didn’t like that I had to run four laps, but it wasn’t too bad.”

“It was pretty easy,” Araujo said. “There wasn’t as many hills, but there was no shade. It was a pretty decent course.”

“Maybe like one little tree of shade,” Hagerstrand interjected.

The No. 1 runner for the Trojans boys was sophomore Ulises Sotelo, who covered the 5,000 meters in 19:28.9 to finish eighth, the first non-Moapa Valley runner to cross the finish line.

“I think Ulises ran a really good race today,” Odegard said. “On the girls side, Makani gave everything she had. This is race number five or six for her, and to come out here and do this is pretty awesome.”

The Trojans are a very young team with no seniors, and despite the season going by so fast, several of them acknowledged they had seen improvement in themselves.

“Big difference,” Sotelo said. “It was mostly my form, and also the difference in my times.”

“In the beginning, because I took the whole summer off, when I started I wasn’t that wonderful,” Hagerstrand said. “But I do feel a difference.”

“I know I improved a lot, especially my breathing,” she said. “I made a lot of progress in a short amount of time.”

“I started out kind of out of shape but progressively got more and more into running form,” Roundy said. “It felt pretty good.”

“I thought they all were growing this year,” he said. “We got a couple of freshmen out, we’ve got a couple of sophomores returning. Both Jacob (Gray) and Ulises are sophomores, and they improved from last year to this year. I think the kids as a whole group grew, and that’s exciting for next year.”

And next year is a lot closer than it usually is.