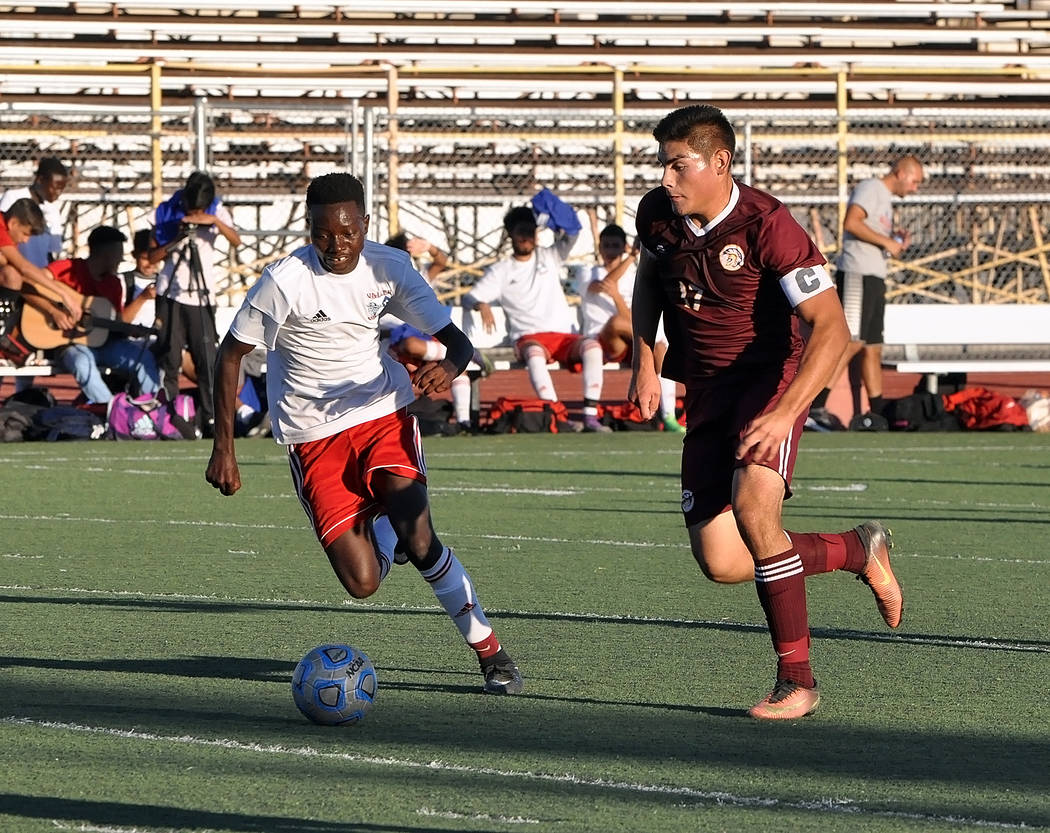 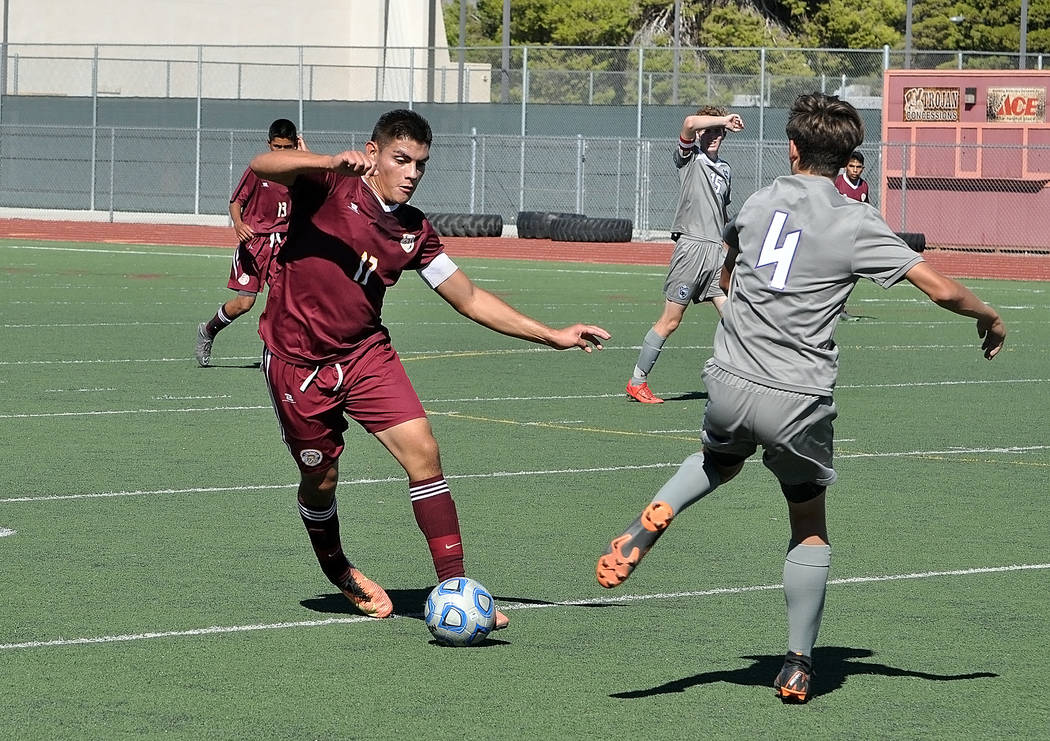 Horace Langford Jr./Pahrump Valley Times Jose Chavez, shown during a game against Silverado on Sept. 17 in Pahrump, was named Sunset League player of the year after posting 33 goals and 13 assists for Pahrump Valley during his senior season.

The Pahrump Valley High School boys soccer team should have come with a disclaimer: Any resemblance to the 2017 Trojans is purely coincidental.

Coach Chris Roberts led a team that had gone a combined 42-131-26 over the past 10 seasons and led it to a 12-9-1 record and the regional playoffs for the first time in a decade. Senior midfielder Jose Chavez, who paced the Trojans last year with 18 points on seven goals and four assists, became a dominant force with 33 goals and 13 assists in his final season.

Those accomplishments brought recognition to Pahrump Valley, as Roberts was named Sunset League coach of the year while Chavez was the league’s player of the year and also was named to the Class 3A all-Southern Region team.

The dramatic improvement in the team’s record was obvious, but it would have been bittersweet if the Trojans had not edged Del Sol 2-1 in the final regular season game to end a long postseason drought.

“That was so important,” Chavez said. “We ended that streak of 10 years, and hopefully in future years they’ll keep coming and get a shot at state soon.”

A year ago, none of the Trojans were named first-team All-Sunset League. Three players — Chavez, Alvaro Garcia and Ian Kingsley — were named to the second team and that was the extent of recognition for a 3-16-3 unit that went 2-9-1 in the Sunset.

But statistically, the most significant difference was seen in Chavez’s numbers. Going from seven goals to 33 is remarkable, but, as has been typical with this team all season, Chavez credited everybody else.

“My whole team, especially Alvaro Garcia, we really had good chemistry and we got the job done,” he said.

Chavez was a dominant force in the midfield for the Trojans, but the culture change around the program seems to go far beyond having a solid senior class. The best of the bunch clearly thinks this season is not an ending but a beginning.

“We lose a lot of seniors this year, but hopefully with the experience the freshmen got they can bring them back again next year,” Chavez said.