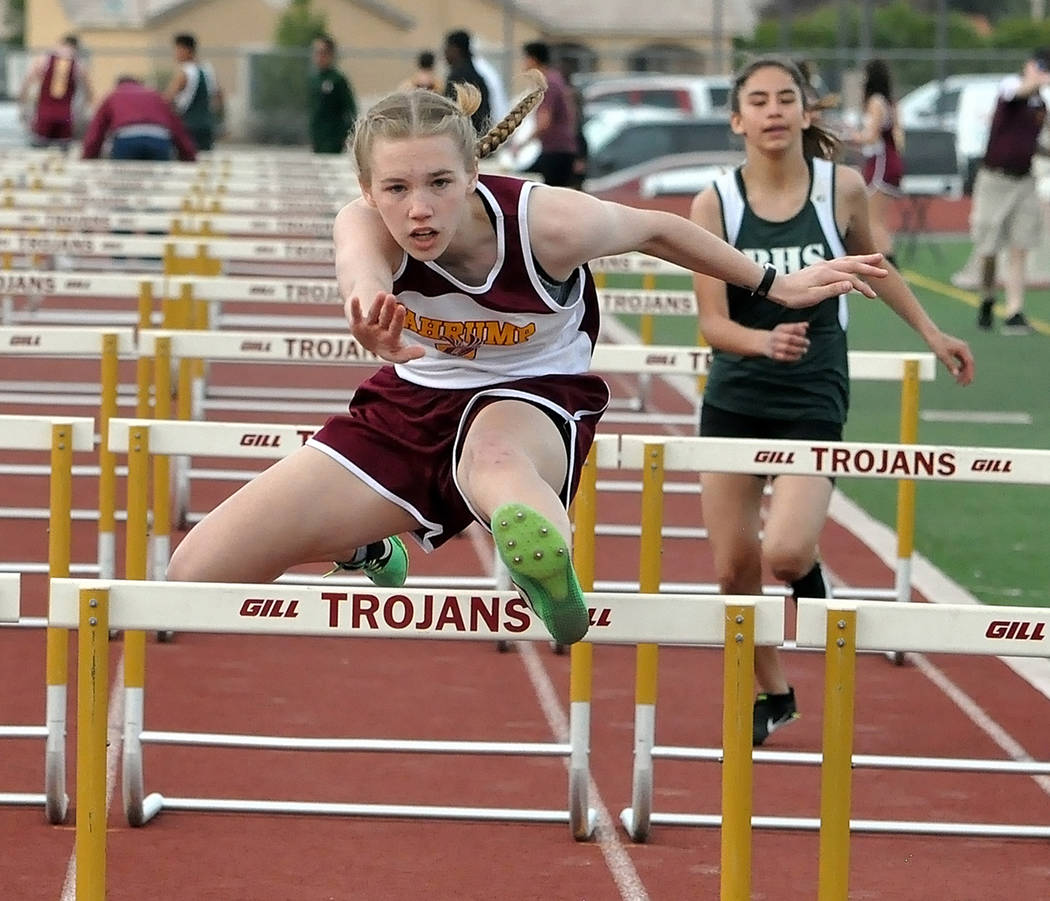 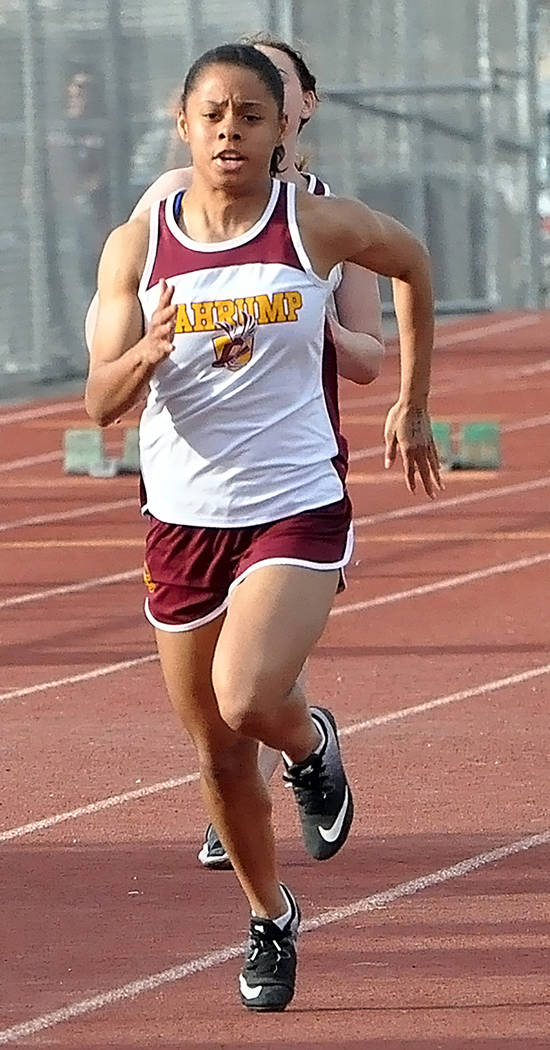 No matter what season it is, Pahrump Valley High School track and field coach Fred Schmidt has a saying to fit any situation.

In the spring, with the end of the school year often distracting his athletes, Schmidt’s words of wisdom: “Moving on and moving forward are not the same thing.”

Loosely translated, it means Schmidt and the assistant coaches need to keep the Trojans focused on finishing strong.

“It is hard to compete with the end of school,” Schmidt said.

The schedule is favorable, as Pahrump Valley’s next competition is not until May 4, when Moapa Valley High School hosts the Grant Bushman Invitational in Overton.

“The theme of practice leading up to the Bushman is centered on fundamentals, strength and healing any nagging injuries,” Schmidt said.

Many of the Trojans have reasons to feel good about themselves after last Friday’s Last Chance Invitational at Palo Verde High School in Las Vegas, where two of the boys won their events in a field of 22 teams, including 18 Class 4A schools.

Senior Ethan Whittle cleared 5 feet, 8 inches in the high jump to finish in a three-way tie for first place, while junior Grant Odegard’s 11-6 effort was good enough to win the pole vault.

On the girls side, Schmidt saw strong efforts from some of his younger athletes.

“I think the up-and-coming star goes to Georgina Avent in the 100 hurdles,” he said. The freshman finished fifth in the event in a personal-best 17.75. “She set a new PR by one second, and she was not even using starting blocks. We feel once she gets comfortable in the blocks, and if she continues to work hard, she will be a force in the hurdles.”

“Patricia Roundy continues to set goals for herself, then goes out and exceeds them,” Schmidt said.

“And certainly one of the hardest-working athletes we have is Jazmyne Turner,” Schmidt said. “The fruits of her labors are starting to bud. We feel she will be making her presence felt during regionals and qualifying to run the following week with the best in the state.”

“Tayla Wombaker tied at fourth place at 7 feet in the pole vault,” Schmidt said of another freshman. “We had a couple of PRs in the discus with Kylie Stritenberger (4th, 88-8) and Quiandra Randolph (9th, 80-9).”