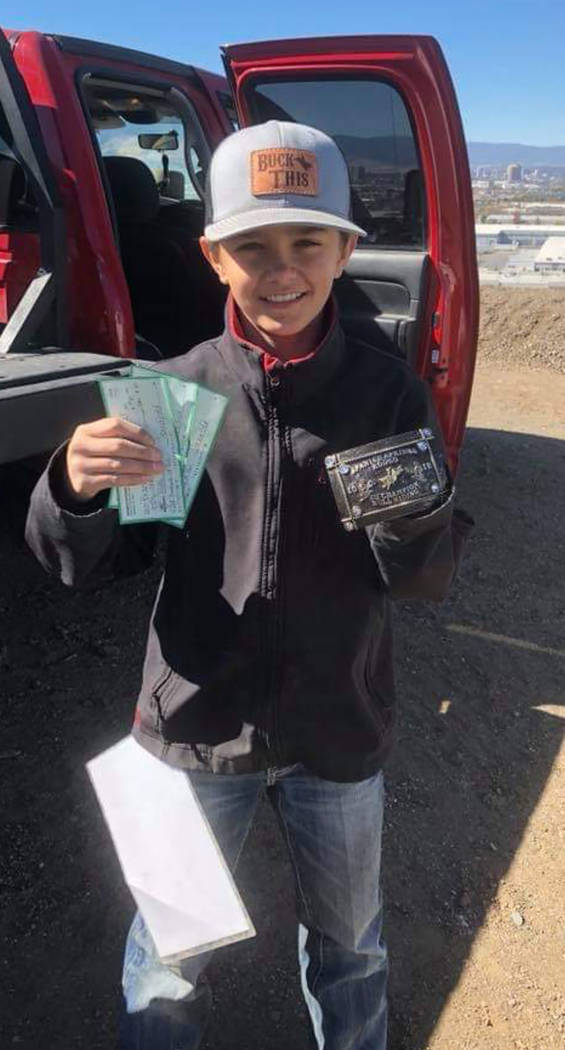 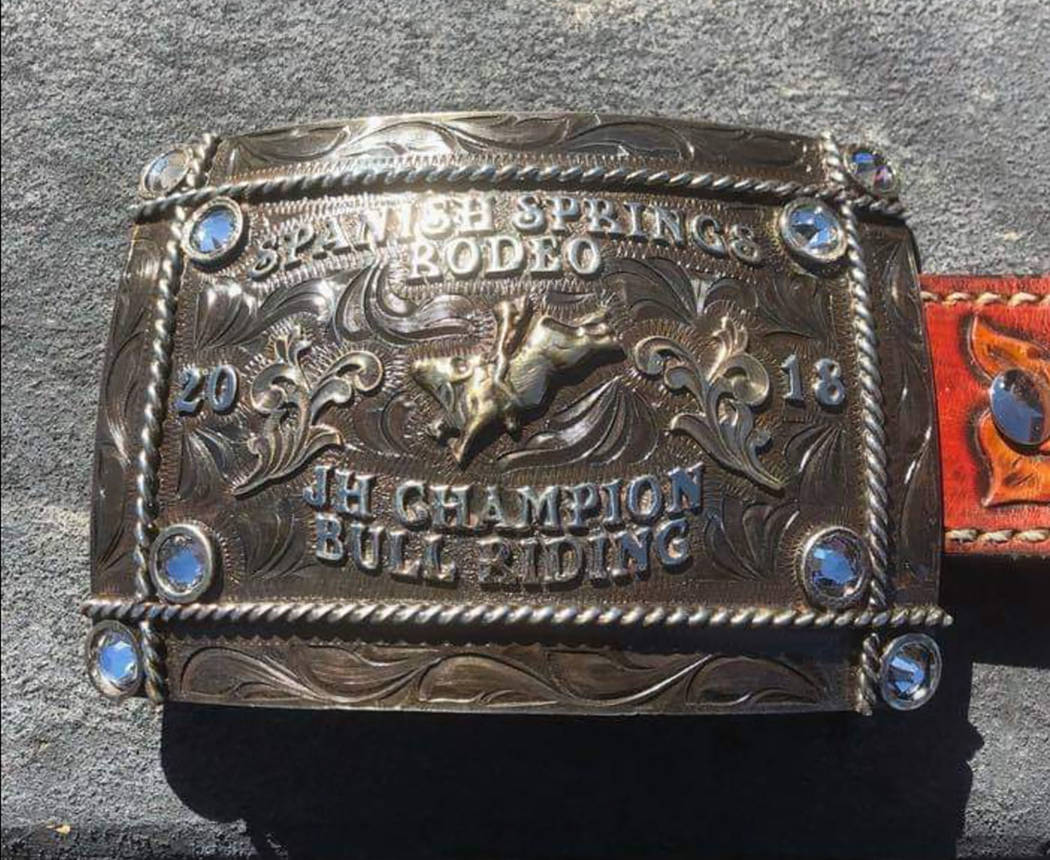 Buddy Krebs/Special to the Pahrump Valley Times Brandon Mountz of Pahrump shows off the buckle he won for winning the junior high school bull riding event Oct. 13-14 at the Spanish Spring rodeo.

Pahrump sixth-grader Brandon Mountz is the No. 1 bull rider among Nevada’s junior high school competitors after winning the event on both days at an Oct. 13-14 rodeo hosted by Spanish Springs.

Mountz outscored Elko County’s Zach Oros 74-63 on the first day and was the only rider to score on the second day, netting a score of 72. His 30 points for the weekend easily outpaced Oros’ 18 and moved him into a first-place tie in the overall standings with Brenden Webb of Washoe County, each with 49 points. Oros is in third with 38.

Meanwhile, Tye Hardy’s 20 points from the first rodeo of the fall season at Battle Mountain have held up, and Hardy remains the only high school bull rider on the scoreboard.

The fall season continues with rodeos Nov. 2-4 in Alamo and Nov. 16-18 in Boulder City.