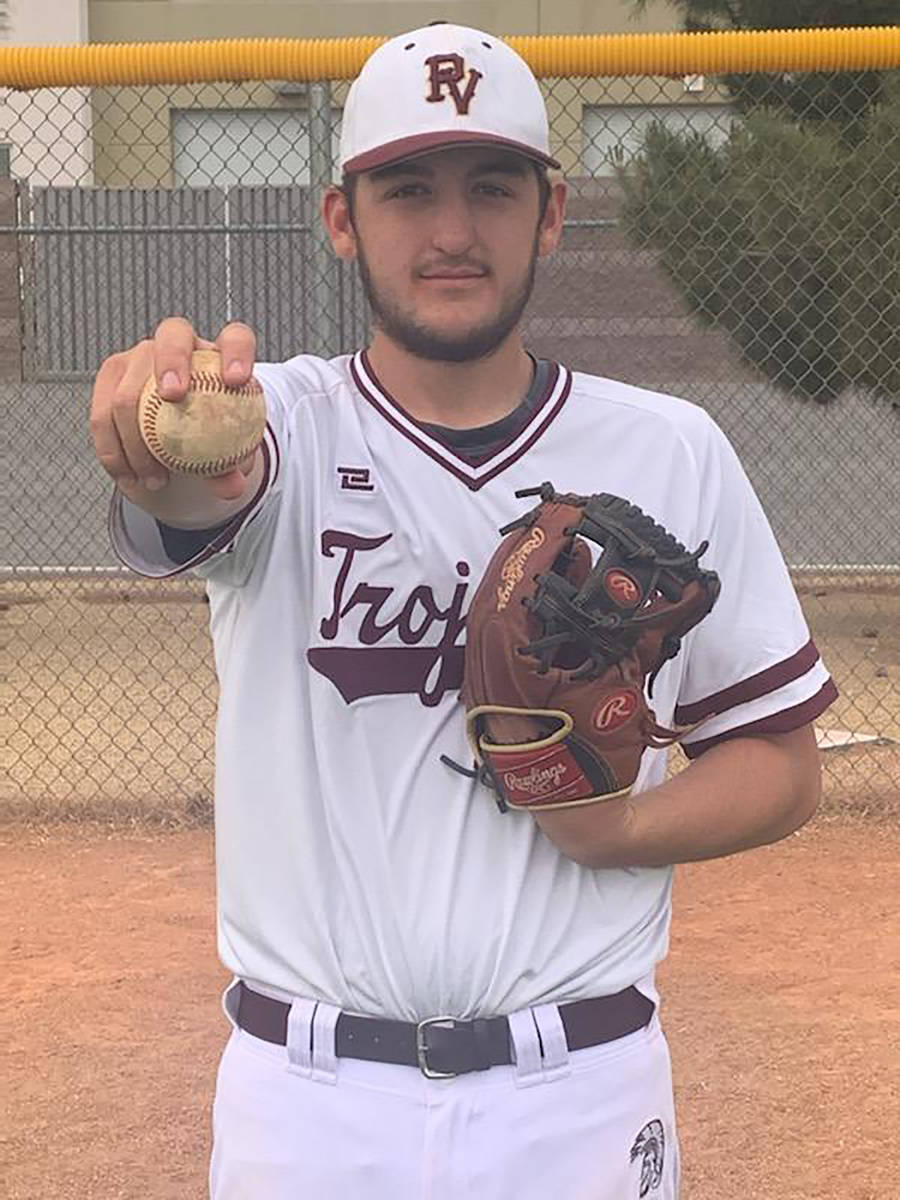 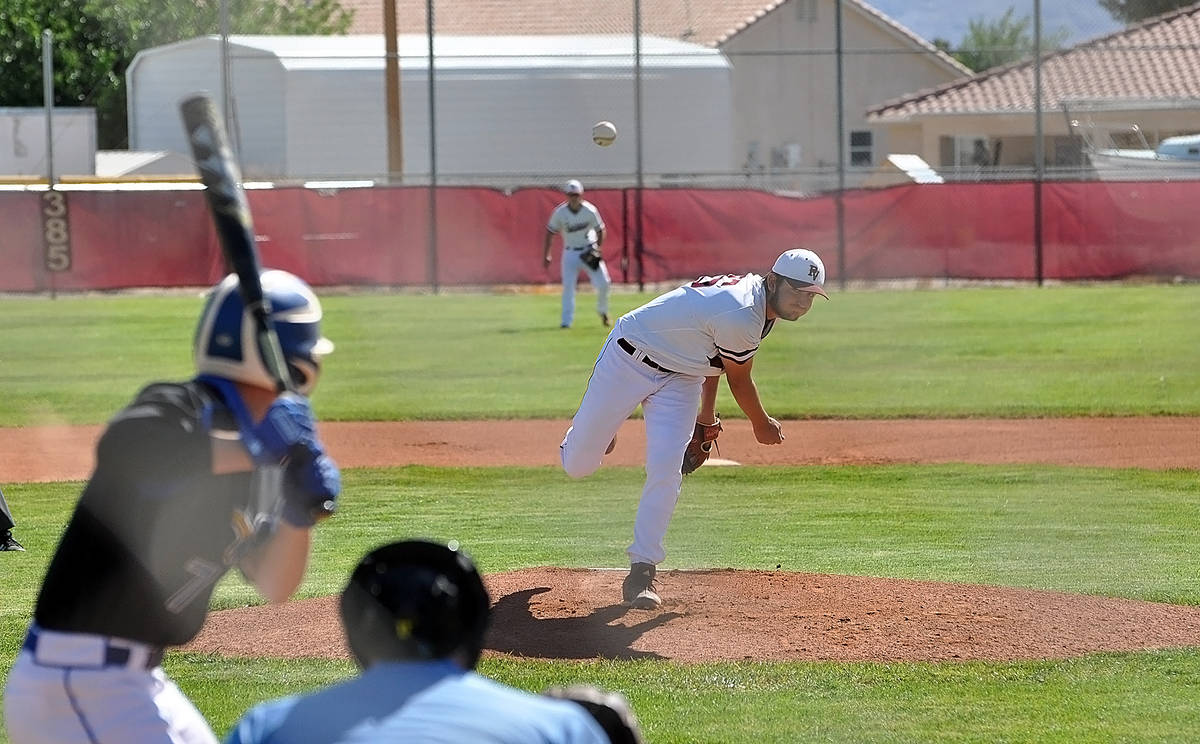 Horace Langford Jr./Pahrump Valley Times file Jake Riding delivers against Moapa Valley during the 2021 season. He threw a 2-hitter with 8 strikeouts as the Trojans defeated the Pirates 13-3 on May 5 in Pahrump.

Jake Riding recently made it two of each for the Trojans.

Riding joins Jalen Denton as a baseball player with an opportunity to play at the next level, and he joins softball player Makayla Cadwell in attending Cerro Coso in Ridgecrest, California.

That Riding has a chance to pitch in college is no surprise after he turned in two outstanding seasons for the Trojans. As a sophomore in 2019, he went 6-0 with a 1.31 ERA, tossing three shutouts and two no-hitters among his five complete games. As a senior, Riding posted a 4-3 record and a 1.75 ERA, holding opposing hitters to a .146 ERA and a .213 on-base percentage. He also allowed just four extra-base hits among 141 batters faced and allowed just one stolen base in seven starts.

Between the two seasons, Riding struck out 77 and walked 25 in almost 63 innings.

He did that while playing a critical role in the Trojans’ offense, hitting .429 as a senior with 20 RBIs, finishing third on the team in on-base percentage (.535) and slugging (.535), behind Denton and Kyle McDaniel in both categories.

“I am excited to see what Jake can do at the next level, especially when his main focus will be pitching,” outgoing PVHS baseball coach Brian Hayes said. “He has all the tools to be a top-level pitcher in college.”

Assistant coach Drew Middleton, who handled the Trojans pitching staff, said one quality stands above the others.

“Grit,” Middleton said of Riding. “The kid wants the ball in his hands. He wants to dominate on the mound. He does whatever it takes to win. I’m very, very excited to see what he does at the next level. With that next-level coaching, Jake can really be special.”

“Jake is a competitor on the mound with good tempo,” Scott said. “He is very efficient, mixes speeds and controls the strike zone at will. His baseball future is very bright.”

The Coyotes finished 14-14 during their shortened 2021 season, ending the year in the top five among California JUCOs in all major offensive categories except triples, leading the state in home runs and runs scored. They struggled on the mound, compiling a team ERA of 8.43 as opponents hit .348 against them.

But Cerro Coso is a place that can get a player to the next level. The Coyotes are sending two players on to four-year schools this fall, with Jhonn Cabrera headed to Oklahoma Panhandle State University in Goodwell and Luis Reyes going to Louisiana State University-Shreveport.

“I think Coso is the perfect fit for him: close to home; a younger, motivated coaching staff; and up-and-coming facilities,” Hayes said. “He has the potential to go right in there and compete for a spot in the rotation right away.”

“Jake is a great young man and talented pitcher,” the Coyotes coach said. “We are extremely happy to have him join us and look forward to working with him.”