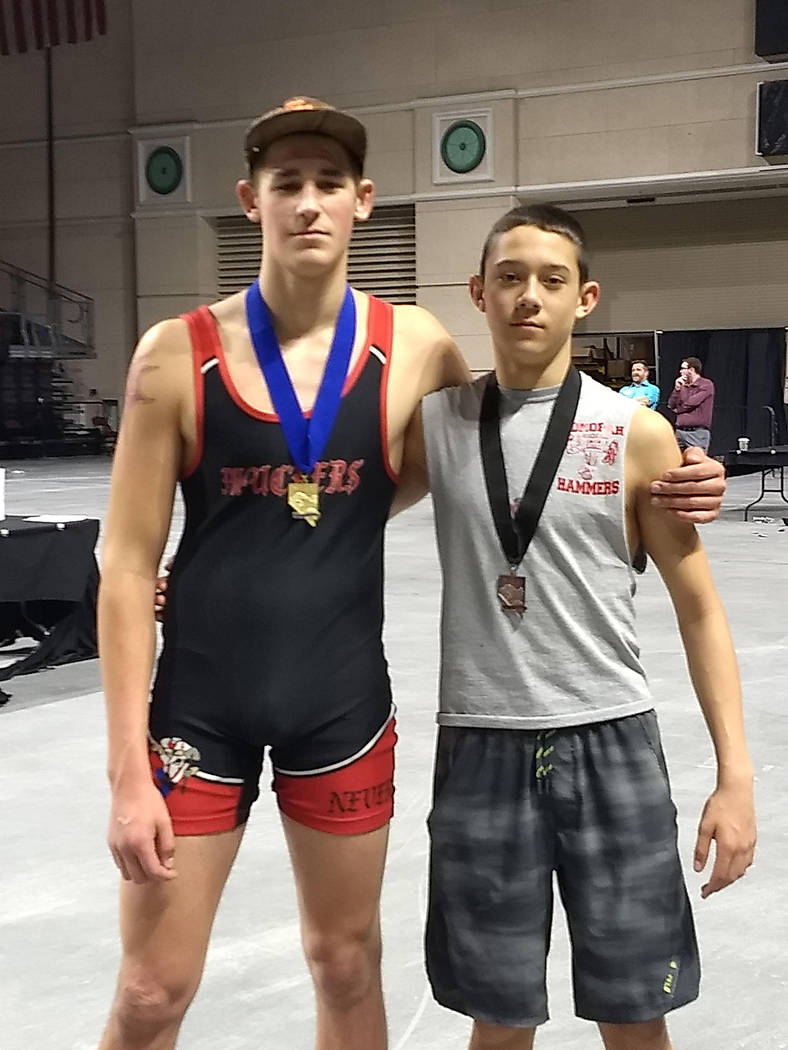 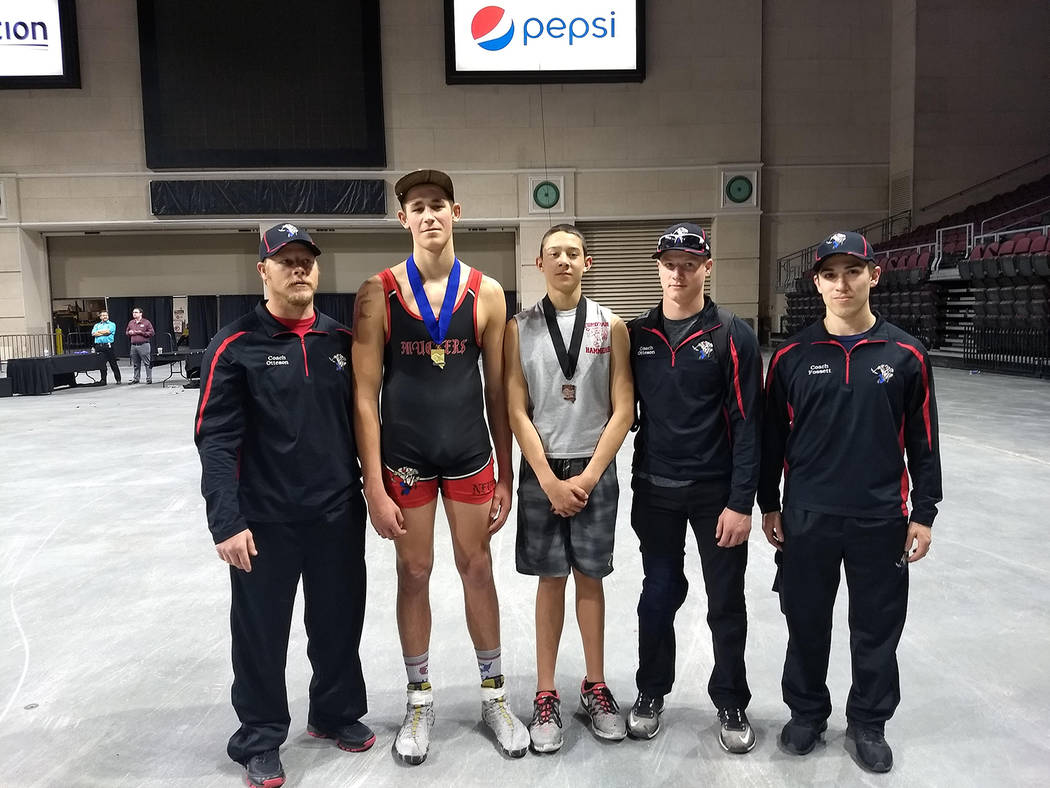 Tonopah junior Kevin Pope has wrestled for coach Duffy Otteson since he was 8 years old, starting with the junior wrestling program Otteson has run for many years.

“Most of the other coaches since he was a little kid thought that he should be a basketball player because of his size (he is 6 feet, 7 inches tall), but he has always been a wrestler,” Otteson said. “I will admit he has a different wrestling stance because of his height. He has to crouch so much in his wrestling stance, but he is one of the hardest workers we have on the team, and he is a great athlete.”

All of that work paid off Friday at the state 2A wrestling championships. when Pope pinned junior Axel Gonzalez of Pershing County in 3 minutes, 30 seconds to win the 220-pound title.

Pope won all three of his matches by fall despite weighing only about 195 pounds.

“Kevin wrestled at the heavier weight class because we thought it was his best chance at winning the state championship, and man did he come through,” Otteson said.

Pope pinned freshman Lyle Whitten of Battle Mountain in 3:03 and freshman Tayt Leavitt of Pahranagat Valley in 3:14 to reach the final against Gonzalez.

“I got tired in the match, which I do not usually do because Duffy has us in such good shape, but I could not breathe very well because I was so nervous,” Pope said. “But once I started wrestling and realized I could take him down easily, I was able to catch my breath and really get after him.”

Also medaling for Tonopah was 126-pound sophomore Dillan Otteson, who won two consolation matches, including a pin of Beaver Dam junior Bryan Martinez in 4:34, on his way to a fourth-place finish.

“I did not wrestle my best, and I hope to do better next season,” Dillan Otteson said.

The Muckers finished seventh in the 2A team competition, and the roster’s youth has their coach excited for next year.

“I am looking forward to next season with this group of kids,” Duffy Otteson said. “They will be tough to beat because we have no seniors, so we have everyone back on our roster.”