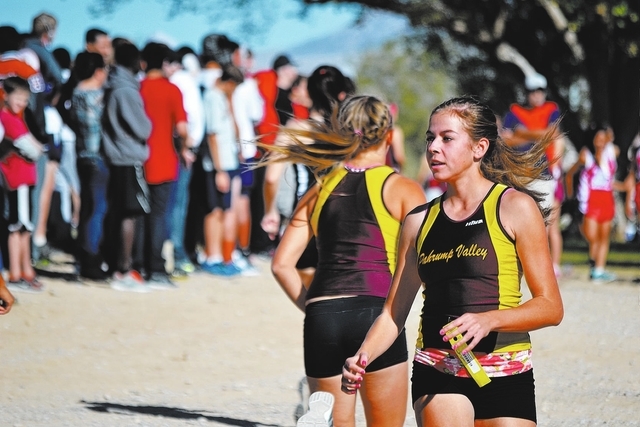 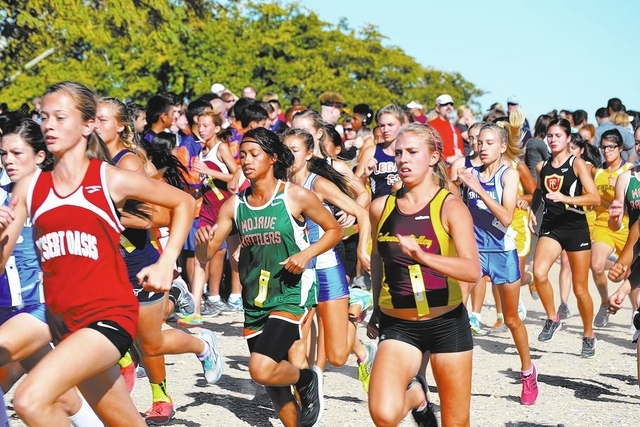 The Division I-A Southern Regional Meet was held last week at the Veterans Memorial park in Boulder City and the results were disappointing to Trojans fans. The team failed to make state.

Trojans Coach Matt Kolodzieczyk had hoped to finish at least as the third team. He had said he was worried about Cheyenne and he was right to be but he also said he really did not know how strong the Sunrise teams were going to be and Desert Pines, Tech and Boulder City all surprised his girls.

All teams from the Sunrise and Sunset leagues were present. The top three schools were Faith Lutheran 65, Cheyenne 87 and Desert Pines 101. Tech finished with 110 points, Boulder City with 112 points and then Pahrump came in sixth place with 119 points. The rest of the teams finished as follows: Clark 153, Western 207, Chaparral 222, Mojave 233, Moapa Valley 257, Virgin Valley 0, and Sunrise Mountain 0.

Stefanie Thelaner of Pahrump will be the only woman going from the team to state, a goal she has been after for the past three years. Last year Thelaner said she missed going to state by just a few seconds. This year there was no doubt she was going.

She accomplished this goal by finishing in second place at the regionals with a time of 21:56.7. In that race she was just under a minute behind the leader from Sunrise Mountain and she finished in front of Hanah Pavlov of Faith Lutheran by just a few seconds who came in third with a time of 21:59.3.

Thelaner travels to Reno this weekend with her parents and coach for the meet. Thelaner said she is expecting a flatter course than Veterans Memorial Park, which should be a faster course for her. She had not changed the way she worked out and was just running her usual cross country run which could be anywhere from three to six miles.

She said her goal will be to beat Hanah Pavlov but she won’t seek her out she will just run her usual race.

“I am feeling confident. I want to get below 21 minutes or the in high 20s. I am just going to run my race like I did in regionals. During that race Pavlov and I were fighting for second place the whole race and I just kicked it at the end,” she said.