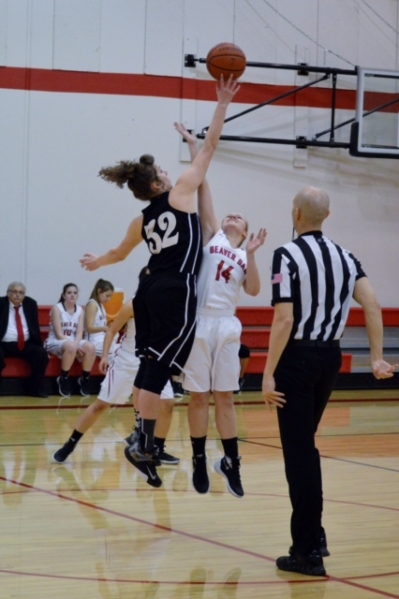 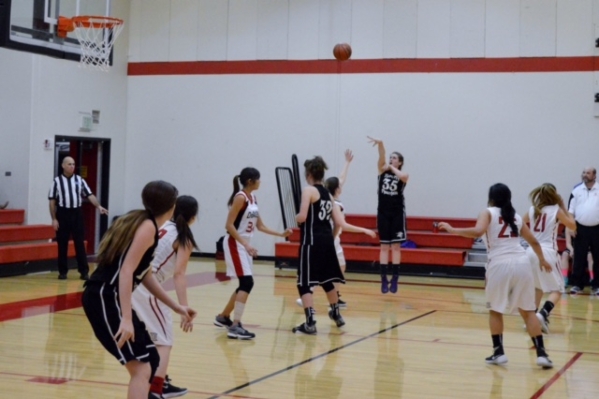 The Round Mountain girls basketball team finished the regular season by beating Beaver Dam 42-17 on Friday. The win made them undefeated in league, (8-0 Division IV Southern).

They will be the number one seed in the Division IV Southern Regional Championship and play the winner of the Tonopah vs. Beaver Dam game on Friday at 6:20 p.m.

The Knights had a similar season last year, with their only loss to Pahranagat Valley. This year they beat the Panthers 50-43.

Knights coach Jake Topholm said this year his team is almost the same team with only one girl missing from last year.

“I am very proud of what these girls have accomplished this year,” he said.

The coach said his girls should do well in the upcoming tournament.

He said his top scorer was junior Hannah Swafford.

“She’s in the double digits often, averaging 10 points per game and often has a double-double,” he said. “Our best defender is Ariana Marich, who averages 6-7 steals per game.”

The Knights will get both players back next year.

Will Round Mountain be a favorite in the state tournament this year?

To win state, they have to go through teams like Smith Valley, Eureka, McDermitt and Pyramid Lake.

The Knights have seen two out of the three, losing to Eureka and Smith Valley earlier in the year.

“We played Eureka three times and yes, we lost three times, but we have consistently gotten better against them and I think we can beat them,” Topholm said.