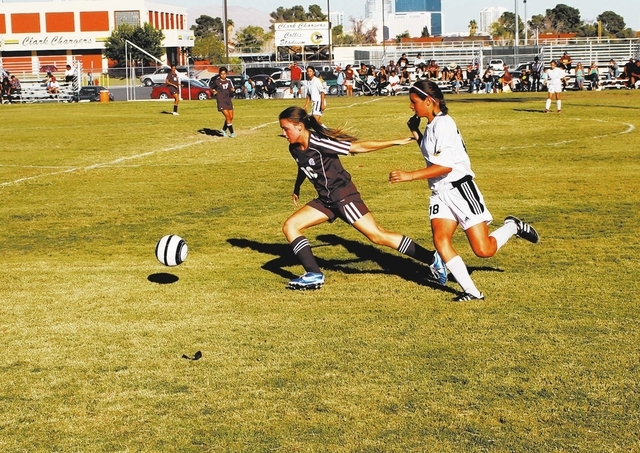 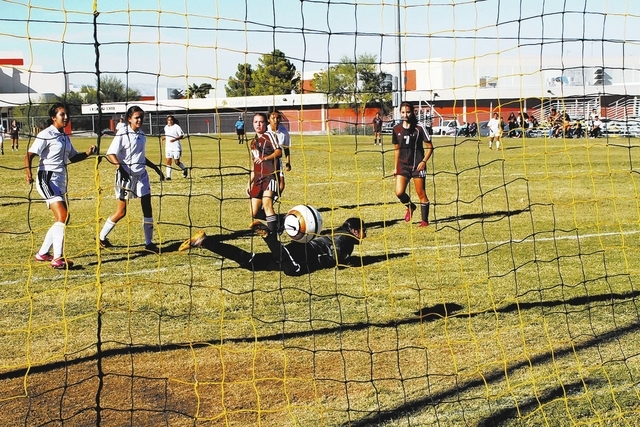 Sladek broke the record Tuesday afternoon at Clark High School. She needed just two goals to break the record. She scored four and now owns the record with 157 goals.

“I scored the first goal during the first half and in the first 15 minutes of the game. It was a short goal from the middle.

“The second goal that broke the record was during the second half of the game and was in the first few minutes of the half.

“I received a pass and I had three people on me and it was a huge mess and I got out of it. I was within 18 yards and was trying for open space to shoot when I scored,” Sladek said.

Trojans Coach Pam Larmouth had nothing but praises for Sladek.

“The team cheered her on and there were some high fives on the field,” Larmouth said. “Unfortunately, our enthusiasm was somewhat tempered because Lexi (Smith) had just been carried off the field with a pulled stomach muscle. Sydney always plays like she is competing with the top teams in the nation. She practices and competes at the same level regardless of who we play. We would really like to get the newer players to practice and play at that level.”

Kiaya Nauck has played with Sladek since she was in grade school. She said Sladek is a very determined player who makes scoring look easy. Nauck is just glad Sladek is on her team and she doesn’t have to stop her from scoring.

“Teams have a hard time keeping her from scoring because she is super fast and she never gives up. She loses the ball and she just goes and gets it again. She tries so hard and has good moves. She always shoots for the corners and she has pretty good accuracy,” Nauck said.

Sladek said her reaction was reserved, “I didn’t scream. Lexi and Bird were jumping up and down. Mom went to the game because she wanted to see me do it and she actually brought me flowers and I got a text from Dad. Dad said, ‘You rock and I wish I could be there.’ I want to thank my dad. Dad told me the night before, ‘Get plenty of rest and because you have a state record to beat tomorrow.’ Pam congratulated me too and that was cool.”